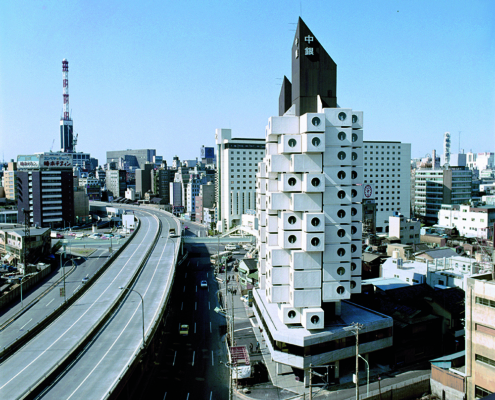 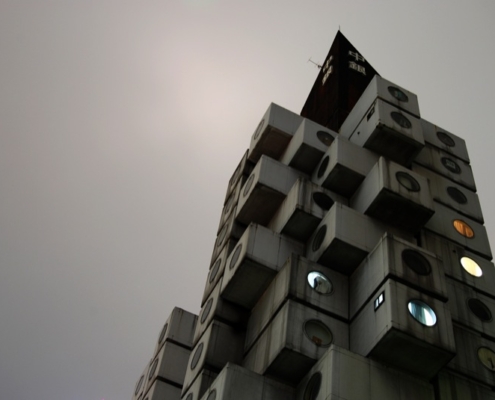 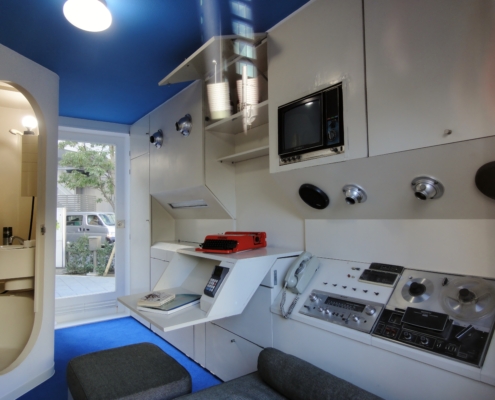 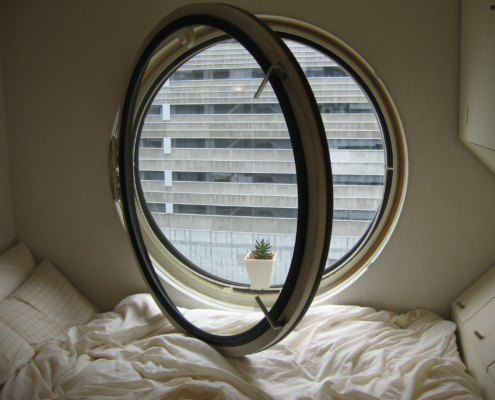 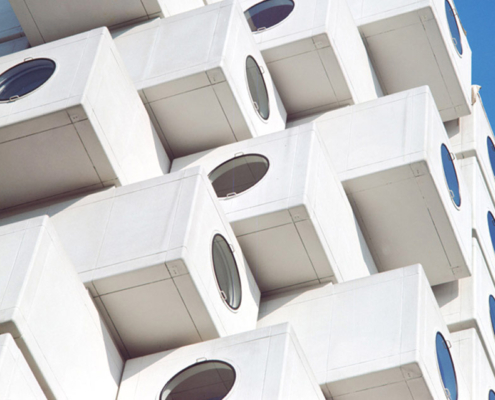 The Nakagin Capsule Tower takes on the challenge of the issue of whether mass production can express a diverse new quality. The Tower also strives to establish a space for the individual as a criticism to the Japan that modernized without undergoing any establishment of a "self".

Kurokawa developed the technology to install the capsule units into a concrete core with only 4 high-tension bolts, as well as making the units detachable and replaceable. The capsule is designed to accommodate the individual as either an apartment or studio space, and by connecting units can also accommodate a family. Complete with appliances and furniture, from audio system to telephone, the capsule interior is pre-assembled in a factory off-site. The interior is then hoisted by crane and fastened to the concrete core shaft.

The Nakagin Capsule Tower realizes the ideas of metabolism, exchangeability, recycleablity as the prototype of sustainable architecture.

The Nakagin Capsule Tower has been short-listed for the World Heritage by the Inter-national Committee of Docomomo International since 1996.

* Selected as one of the 125 listings of DOCOMOMO Japan “Modern Architecture in Japan,” 2006