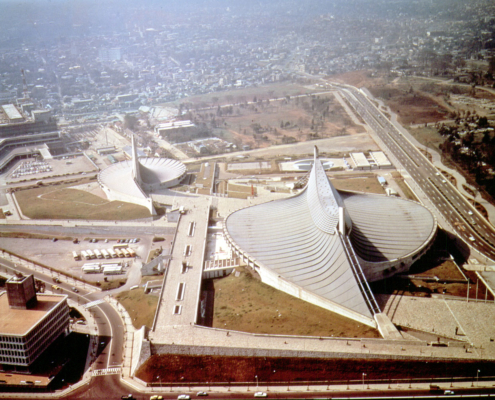 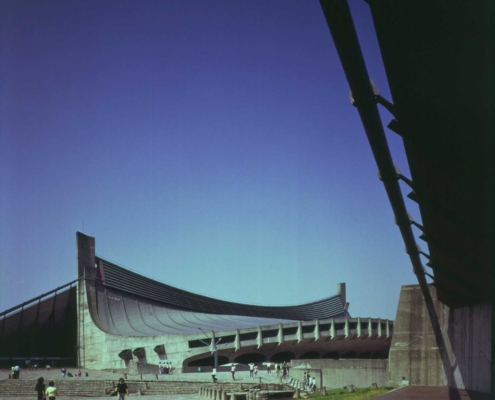 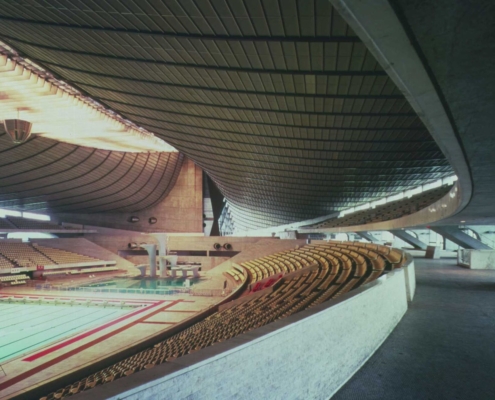 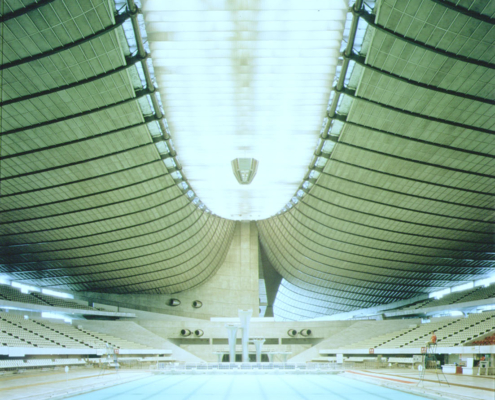 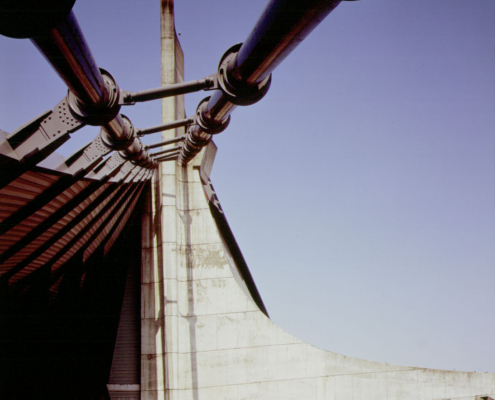 Built for the 1964 Summer Olympic Games in Tokyo, Japan, the Yoyogi National Gymnasium has become an architectural icon for its distinctive design. Designed by one of Japan’s most famous modernist architects, Kenzo Tange, the gymnasium is a hybridization of western modernist aesthetics and traditional Japanese architecture.

Sitting within one of the largest parks in the metropolitan region of Tokyo, Tange uses the context as a way in which to integrate his building into the landscape. The subtle curves of the structural cables, the sweeping roof plane, and the curving concrete base seem to emerge from the site appearing as one integrated entity.

Tange employs a central structural spine from where the structure and roof originates. Two large steel cables are supported between two structural towers in addition to being anchored into concrete supports on the ground. The suspended cables form a tensile tent-like roofing structure; a series of pre-stressed cables are suspended off of the two main cables that drape toward the concrete structure that creates the base of the gymnasium as well as providing the necessary structure for the seating within the stadium.>

The result is a symmetrical suspension structure that elegantly draping from the central structural spine. It‘s flowing surfaces make the minimal surface structure appear as a fabric suspended by two simple supports that’s being pulled into tension by the landscape.

When the Yoyogi National Gymnasium was completed it was the largest suspended roof span in the world. It’s dynamic form and structural expressionism has made the gymnasium one of Kenzo Tange’s most important works, as well as a progressive architectural icon. Today, it is one of Tokyo’s most sought after tourist destinations, while continuing to be an international venue for sports and fashion.