The Gallery of Horyuji Treasures 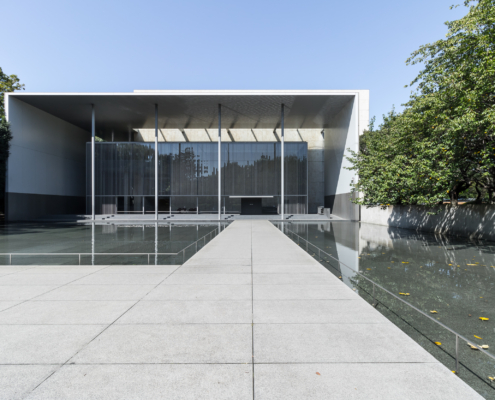 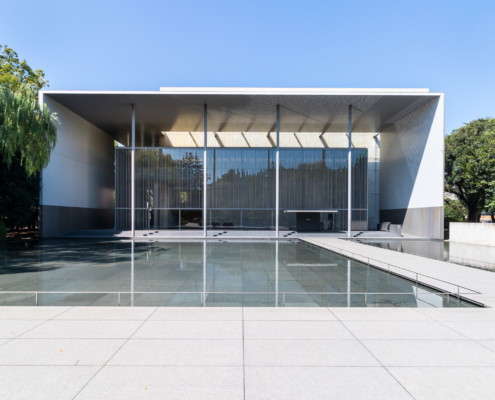 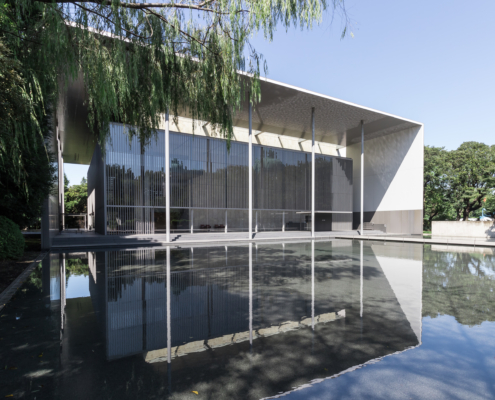 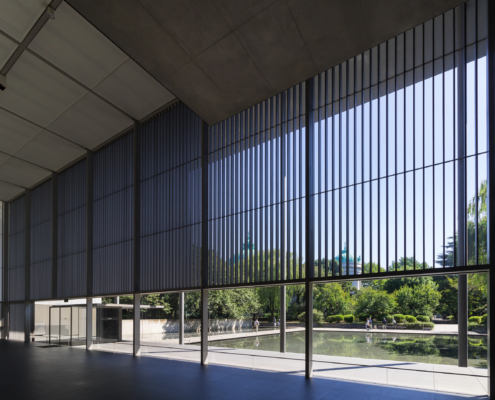 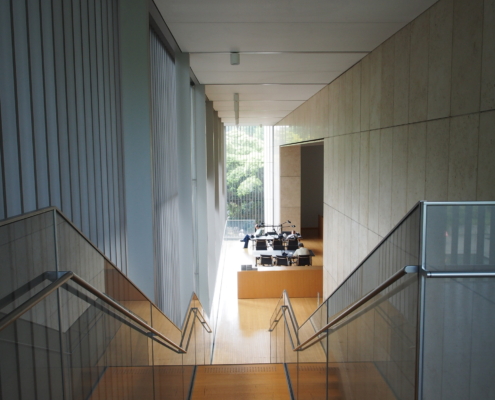 The Gallery of Horyuji Treasures, one of the museum buildings in the Tokyo National Museum complex in Ueno Park, replaces an existing building on the same site that had served mainly to preserve the works of art in storage of the Horyuji collection. The Horyuji Treasures consist of over 300 valuable objects, mainly from the 7th to 8th Centuries, which were donated to the Imperial Household by Horyuji Temple in 1878. The new building not only serves as a space for the art work preservation but also as an exhibition space for the viewing of these works of art by the public.

In contrast to the visual overload and physical density of Tokyo the calm and refined Gallery building operates through its minimalism. Its character is subtly defined through a spatial play of transparency, opacity and reflection and the relationship between vertical and horizontal planes, solid and void, and interior and exterior.

The approach to the Gallery, which is situated among historically significant buildings, is an indirect and asymmetrical one. At first the main facade of the building is seen on the other side of a shallow pool of water, its vertical louvers and columns reflecting onto the surface of the water. It is not until the visitor gets closer that the entry axis shifts to reveal a concrete walkway at the same level as the surface of water leading to the entry door which is defined by what seems to be a floating horizontal plane projecting from the glass facade. At the same height as this floating entry plane is a concrete wall that extends from the outer edge of the facade to define the outer edge of the reflecting pool on one side. On the side opposite the linear wall the reflecting pool is bound naturally by vegetation.

Because of its verticality, emphasized by the reflective surfaces of the materials, the frontal facade at first appears to be scale-less. A metal-clad plane that frames the exterior spaces of the building rises vertically two stories as a wall, folds horizontally to become a roof and vertically again to become another wall. Supporting the horizontal slab of this folded plane are four vertical columns symmetrically placed. Just beyond the implied boundary of these thin but tall round columns is the envelope of the glass facade which contains the entry lobby and wraps around the side to contain a café at ground level and research room on an intermediary level, its surface reflecting its surroundings. The scale of this facade is defined by clear glass that rises up to door height where closely spaced extruded aluminum vertical louvers begin.

This zone of clear glass also allows for continuity between interior and exterior. Finally, this glass envelope surrounds a two-level cubical concrete volume clad in polished stone which houses the exhibition and preservation spaces.

Information provided in part by: Galinsky