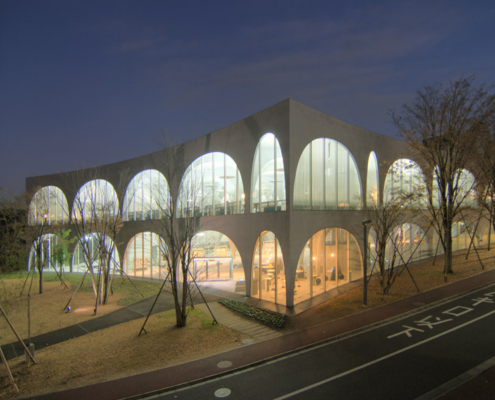 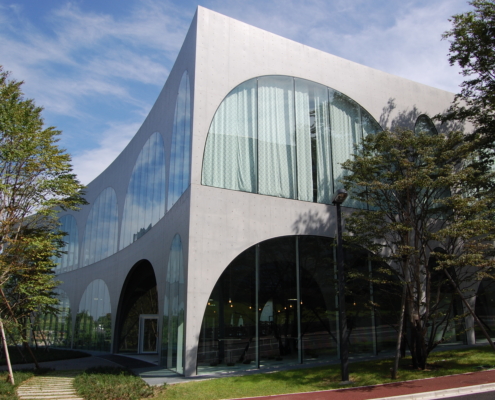 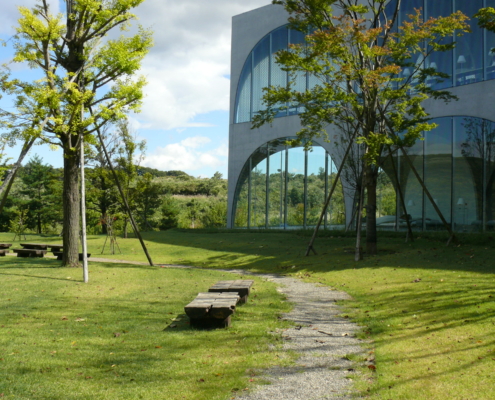 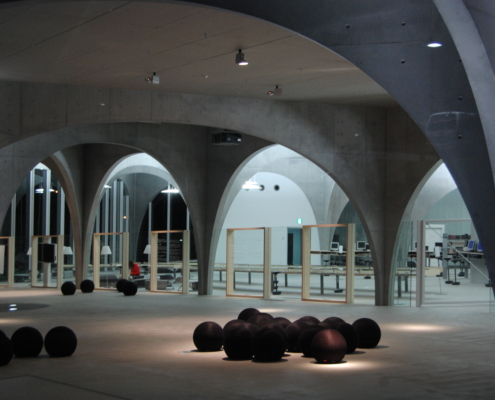 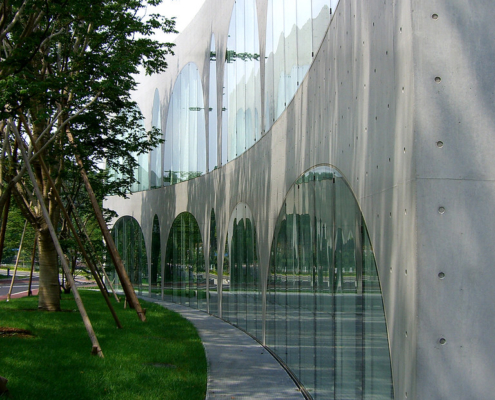 The architect thought of a wide gallery space that would take in everyone coming in from the Campus gate including those who don’t intend to go into the library. The site is located just behind a garden with several trees stretching over a gentle slope away from the Campus’ main gate. To allow these people to freely penetrate into and out of the building, a structure of unsystematically positioned arches which would invoke the feeling that the sloping floor and the front garden’s scenery were continuing within the building was developed.

Shaped out of steel plates, the arches are arranged along curved lines in plan. These curved lines cross at numerous points enabling the architects to achieve arches with slender bottoms while still supporting the heavy loads of the floor above. Despite keeping the width of the arches uniform at 200mm, the architects designed for varying spans of arches ranging from 1.8 to 16 meters due to the random arch distribution across the floor.

It is from the intersections of the rows of arches that the architects developed separation of zones, albeit softly, because there is no total separation of spaces using walls and other permanent boundaries. Despite the decision to have a continuous space, the idea of having spaces divided using library shelves, study desks of numerous shapes and glass partitions which also function as bulletin boards totally paid off in making sure that visually, the spatial continuity of the library remained incredible.

The architect’s idea was to develop a space that would be as unpredictable but interactive as possible. The random positioning of the arches with temporary curvilinear divisions creates the feeling of an arcade in the middle of an establishment by monks, or maybe a monastery. The fact that these are arches created out of steel and cladded in pure concrete leaves you with something indescribable that just sticks onto you until you get back to the library again. The lighting is just enough except when you get into the spaces where the architect intentionally denied you lighting because he was looking for the feel of a tunnel; with just enough light to sensually take you through the space.