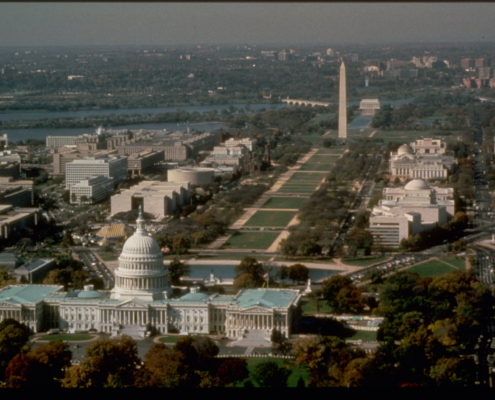 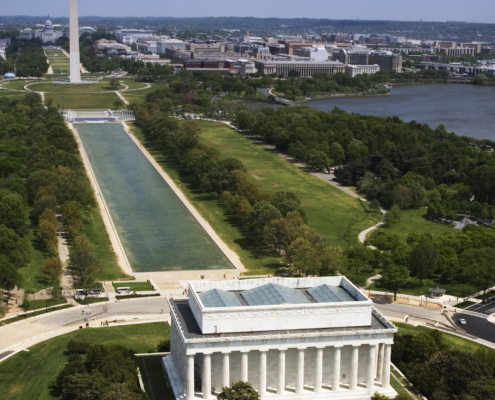 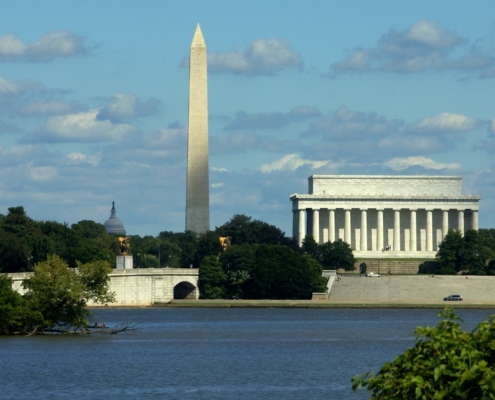 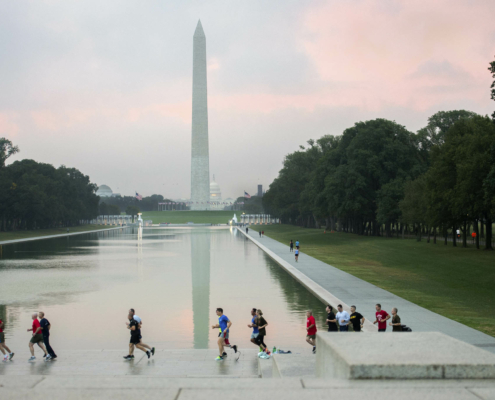 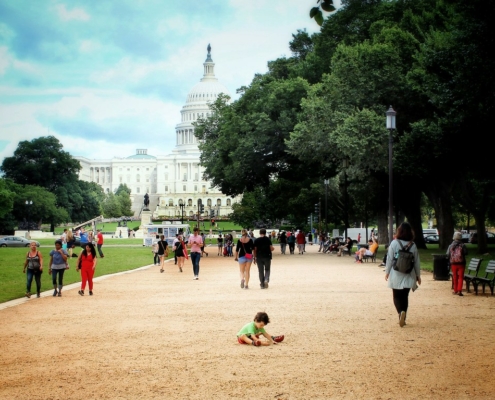 The National Mall is located in the area encompassed by Constitution and Pennsylvania Avenues, NW on the north, First Street on the east, Independence and Maryland Avenues on the south, and 14th Street on the west. The Mall is significant as the central axis of the District's monumental core as designed by Peirre Charles L'Enfant in 1791. The Mall was to be the foremost avenue of the city, the so-called "Grand Avenue." It was to run west from the Capitol to a point directly south of the President's House where its terminus would be crowned by an equestrian statue of George Washington. According to L'Enfant's plan, the Mall was to be "four hundred feet in breadth, and about a mile in length, bordered by gardens, ending in a slope from the houses on each side." During the course of the 19th century, L'Enfant's formal design for the Mall was largely forgotten. During the Civil War, the Mall grounds were used for military purposes, such as bivouacking and parading troops, slaughtering cattle and producing arms. In 1872, at 6th and B Streets, a 14 acre tract was given to the Baltimore and Potomac Railroad for the construction of a depot. The railroad was also granted permission to lay tracks north to south across part of the Mall. In 1851, President Millard Fillmore hired New York architect Andrew J. Downing to design a landscape plan for the Mall and the President's Park. This landscape was to provide a wild, natural disposition of trees, shrubbery and open lawns, but it was never fully carried out. In 1902 the McMillan Commission submitted their report to Congress. Their plan called for the restoration, development, and supplementation of the "Grand Avenue" ideal proposed by L'Enfant. The core of the Mall was to be a broad grass carpet, typical of those in Europe, 300 feet in breath and running the entire length of the Mall grounds, bordered on each side by four rows of American elm trees. Public buildings were to border the whole, separated from the elms by narrow roadways. The railroad station was removed from the area in 1909. The Mall is lined with a number of museums, contains two entrances for underground museums, and the Department of Agriculture.