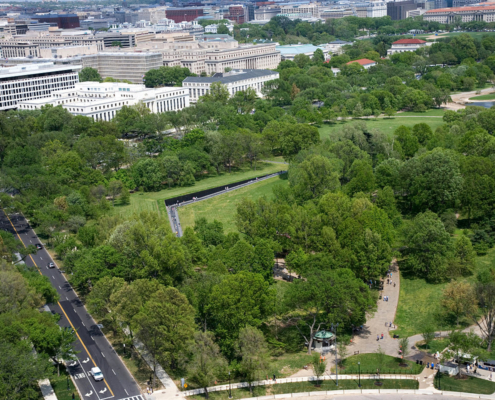 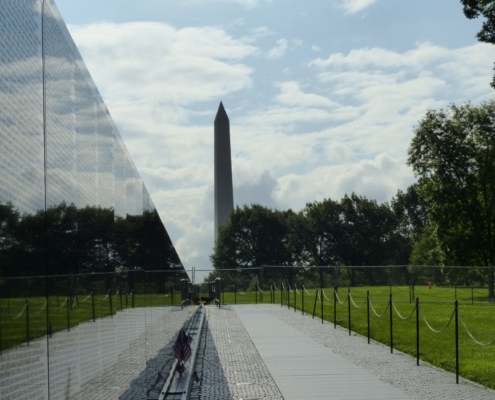 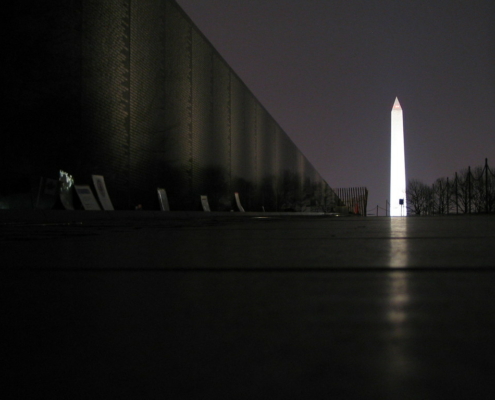 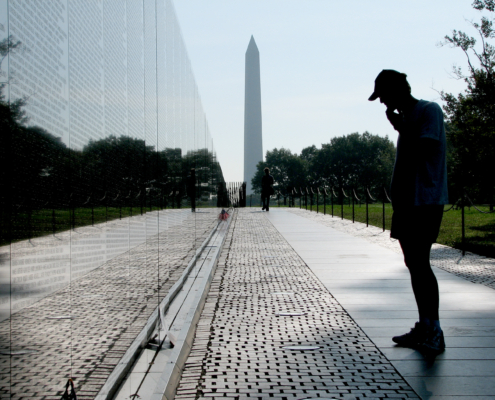 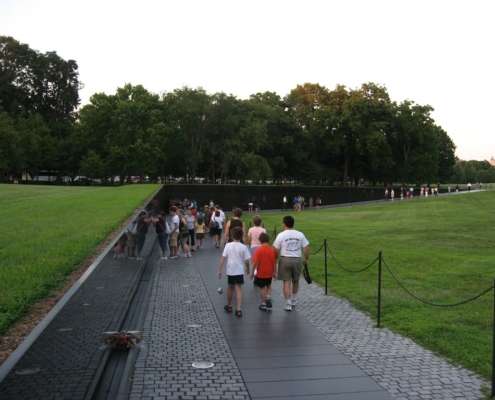 With its massive panels cutting a broad gull wing into the northwest corner of the National Mall in Washington D.C., the Vietnam Veterans Memorial diverges abruptly from the studied classicism of most Washington landmarks. Its stark minimalism set off controversy when the design was first unveiled in 1981—one critic called it a “shameful degrading ditch.” But time has proved otherwise. Since its opening, the wall has seen an estimated 20,000 visitors a day, making it the most frequented monument in the country. More than just a tourist attraction, the wall and its 58,195 names have changed the very way we look at war. It has even altered the way we interact with memorials themselves. Despite—or perhaps because of—its cool abstraction, visitors have rendered the memorial an active space; every day, hundreds of people make rubbings of the names of lost relatives and friends, or leave offerings at its base. Today it is less a memorial than a ritual space. And since 1996, people don't even have to leave home to see it. “The Wall That Heals,” a half-size replica of the memorial in Washington, has visited 250 towns and cities—including Ireland. Furthermore, in the intervening years dozens of imitation memorials—black granite with a list of names—have been erected. From the Oklahoma City National Memorial to the plans for the World Trade Center site, monuments are no longer objects but environments—from standing in a Depression-era breadline at the FDR Memorial to trudging along the Chosin Reservoir with weary soldiers at the Korean War Veterans Memorial. This mentality is in no small part the legacy of the Vietnam Memorial and its impressive power.

The Jefferson Building Scroll to top