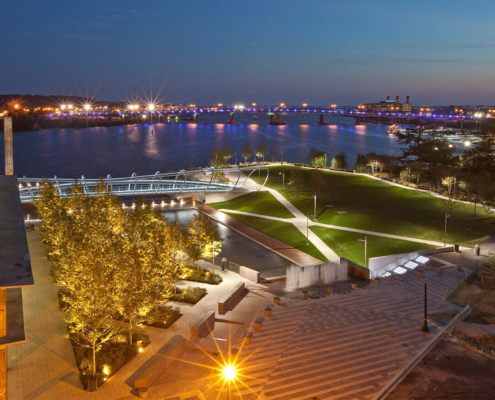 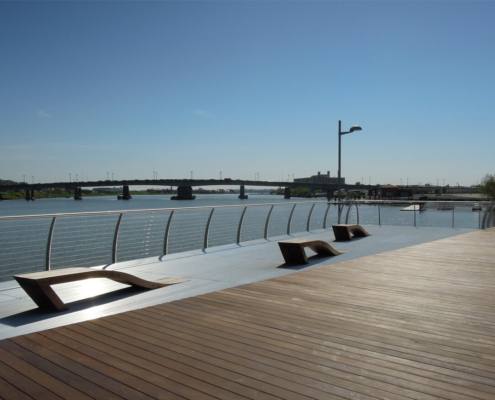 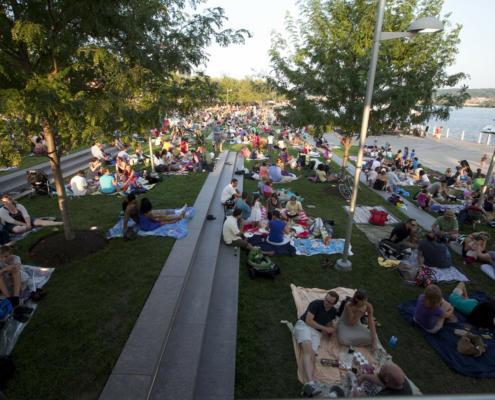 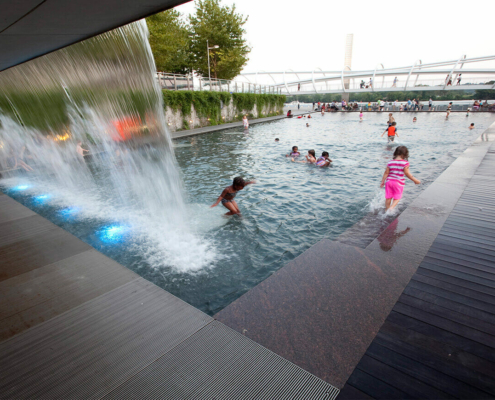 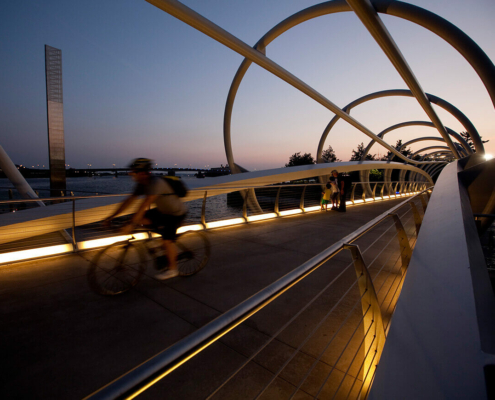 As part of a renewed focus on the Anacostia River for the city of Washington, D.C., MPFP architecture firm worked integrally with a multidisciplinary team to transform an area of industrial waterfront into a vibrant, world-class park to serve the city’s residents well into the future. / The park provides a unique nexus between the river, active and passive recreational areas, commercial interests and local residents. It is one of four primary urban waterfront destinations in D.C. and is a quick walk to or from the Washington National ballpark. It has become an important punctuation in the broader waterfront experience as 20 miles of the Anacostia Riverwalk and Trail are developed. / MPFP’s approach for the Yards at Southeast Federal Center Park was defined by responding to these broader goals, such as: diversity in program, dynamic forms, the integration of public and private spaces, and a balance between the built and natural environments.