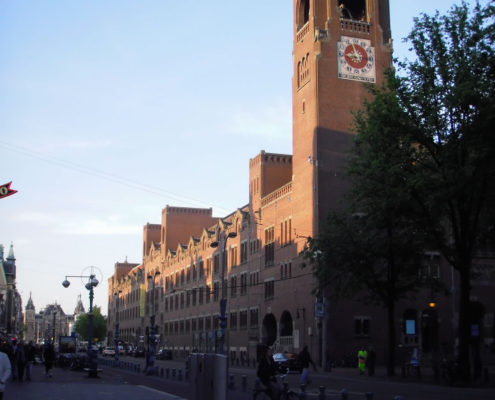 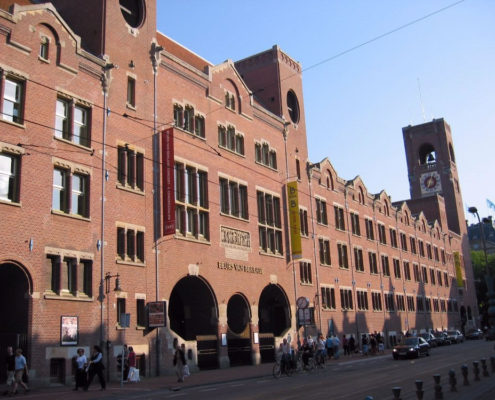 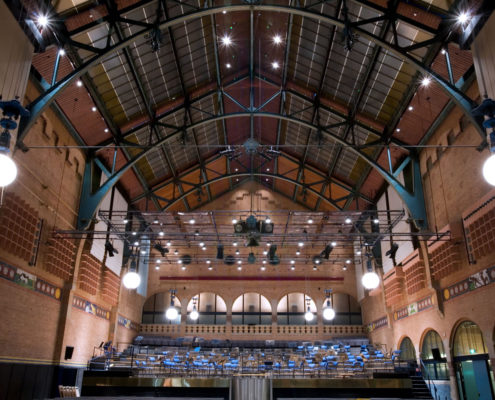 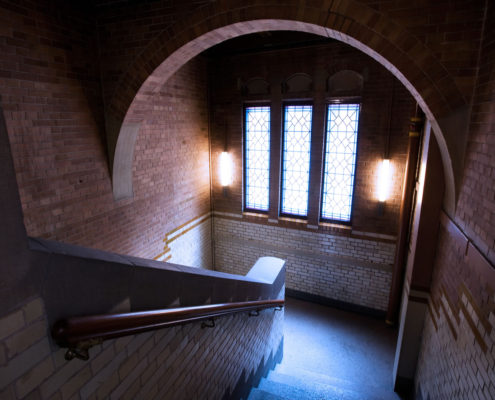 Beurs van Berlage is an important monument of the modern Dutch architecture. It was built between 1898 and 1903 by the prominent Dutch architect of the 20th century Hendrik Petrus Berlage (1856-1934). Berlage constructed the Beurs on the newly created piece of land obtained by covering the city oldest harbour basin located in the very center of Amsterdam.

The architectural importance of the Berlage Beurs lays in its original volume and the new aesthetics it proposed at the time. Here is the sober brick building, which does not try to imitate gothic or renaissance as all important city buildings in Amsterdam erected at the end of the 19th century (just to name Rijksmuseum, Stedelijk Museum, Central Station, Stadsschouwburg), but establishes its own, new style.

The Beurs van Berlage building is simple, almost sober in its form. Its main decoration is a big clock placed high on the tower. On the corners of the Beurs stand three sculpture figures, that of Gijsbrecht van Aemstel, a legendary hero, celebrated in literature founder of Amsterdam, Jan Pieterszoon Coen, a hero officer of Dutch East India Company from its beginnings in the 17th century, and Hugo de Groot (Grotius), a humanist, writer, philosopher and lawyer of international importance.

The Beurs van Berlage has the unique and well preserved interiors. The Main Hall used originally as a trading floor for commodities strikes with its simplicity but at the same time with the craftsmanship of its decorations.

The roof, made of double glass panes gives a lot of natural light inside the building. Several sorts of profiled and glazed bricks, as well as stone, wood and iron were used in a harmonious way.

Famous at the time artist Jan Toroop created three big tableaus made from tiles, representing “The Past”, “The Present Time” and “The Future”.

The stock traders did not well receive other Jan Toroop´s ceramic decorations, representing different forms of human labour. There were calls to remove them, as they were thought to be an expression of the socialist ideas.

Two wall paintings representing "Industry” and "Commerce” are by Richard Roland Holst, decorative relief made of terracotta and representing human progress is by Lambertus Zijl.

Beurs van Berlage has been at the time of its construction, in an innovative building, which brought an international recognition to its creator and influenced other architects in the Netherlands, especially from the Amsterdam School movement.

Information provided in part by: www.amsterdam.info