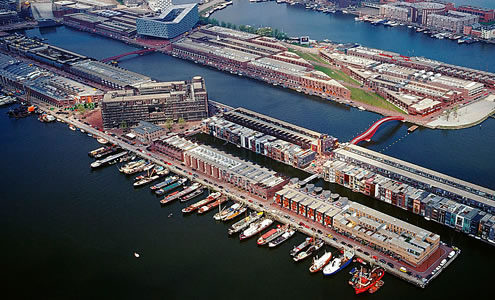 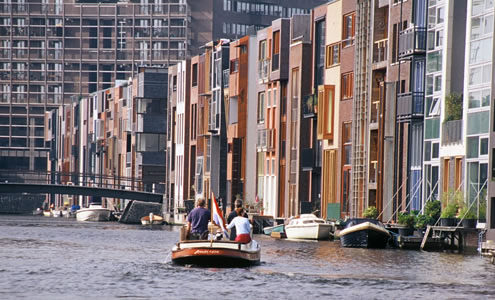 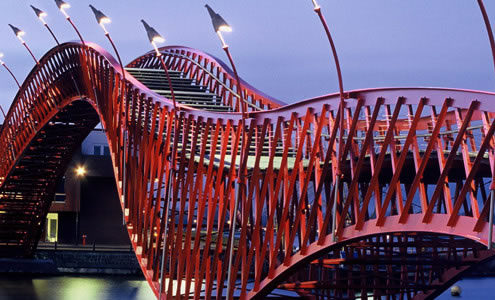 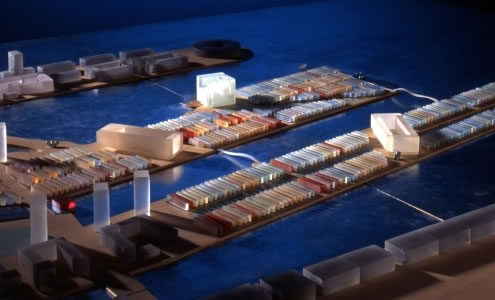 Two peninsulas in the eastern part of the Amsterdam docks, were to be exploited for water-related activities, as well as 2500 low-rise dwelling units, with a density of 100 units per hectare. For a new interpretation of the traditional Dutch canal house, West 8 suggested new types of three-storey, ground-accessed houses deviating from the usual terraced house in being strongly oriented to the private realm by incorporating patios and roof gardens. By repeating this type in a great variety of dwelling modes and with maximum architectural variation, an animated street elevation emerges with a focus on the individual. At a larger scale, a delicately balanced relationship exists between the repetition of the individual dwellings, the roofscape and the great scale of the docks. Three immense sculptural blocks take their place as landmarks in the vast expanse of houses.

Information provided in part by: West 8