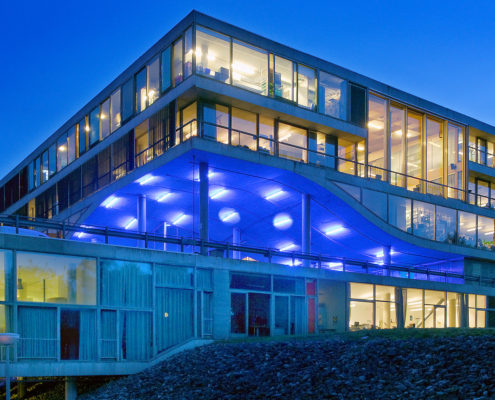 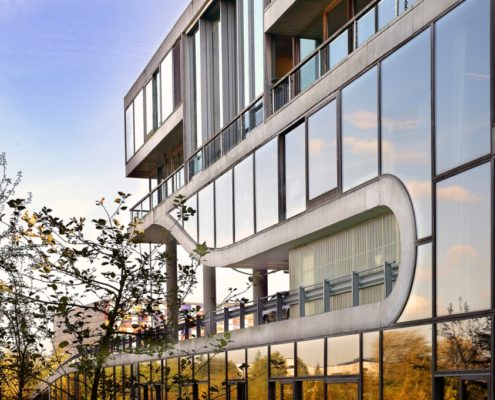 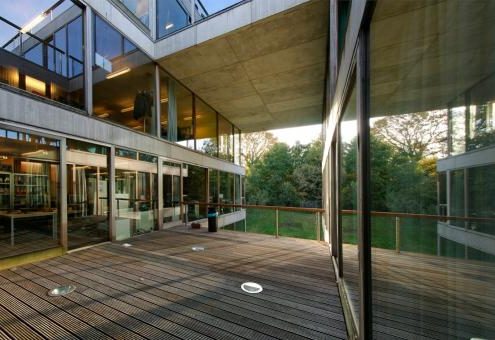 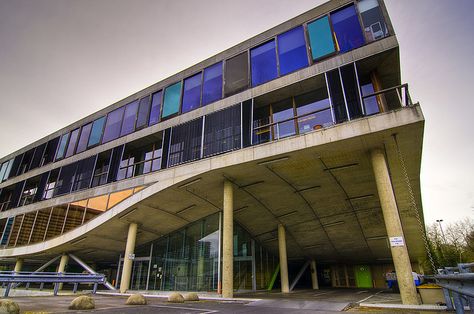 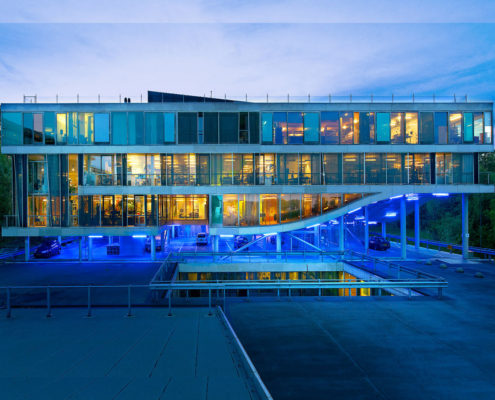 In 1997 the VPRO moved from its old premises, a group of 13 villas, to the new Villa VPRO. Over the years the old villas had played a vital role in establishing the VPRO's identity. The staff, who previously worked in rooms en-suite, attics, sun lounges and on first floors now had to find a spot for themselves in a real office environment. The question that became central to the design of a new head office was whether the informal way the old villas were used, which regularly influenced the programmes that were made in them, would still be able to find a place in a modern office designed for maximum efficiency. In other words, would informality be able to survive the increase in scale? Would there be any point in retaining the villa as a metaphor?

The greenery that stood where the building now stands is replaced by a raised grass covered roof under which lies a geological formation made up of the different floors. These floors are connected to one another by a variety of spatial devices such as ramps, stepped floors, monumental steps and small rises, so providing a route to the roof. The differences in height in the resulting continuous interior, combined with the wings created by the gaps, make possible a wide range of work contexts in different office typologies to meet the ever-changing demands imposed by VPRO's activities. Lounge, attic, hall, patio and terrace types all serve to echo the old premises.

The floors are supported by a grid of columns and stabilising props which in combination with the completely open elevation ensure the rooms retain the greatest possible transparency. The technical facilities are hidden in the hollow Roman-like floor, whose Spartan character serves as a commentary on the addictive aspects of present-day air-conditioning installations. They are fed with air, data and electricity through semi-transparent shafts.

Even the way the building has been materialized suggests the old villas; no lowered ceilings but a

Information provided in part by: MVRDV