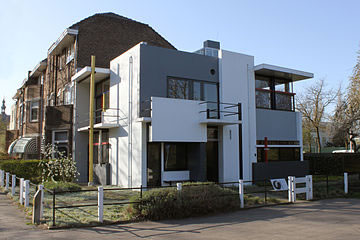 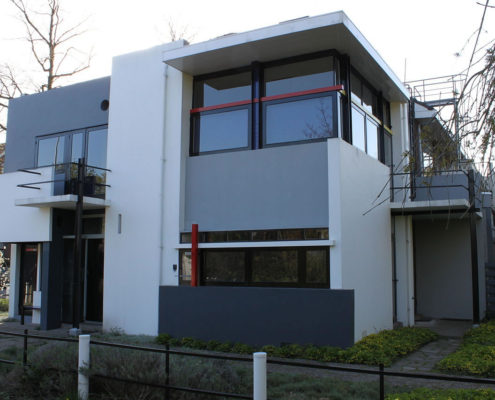 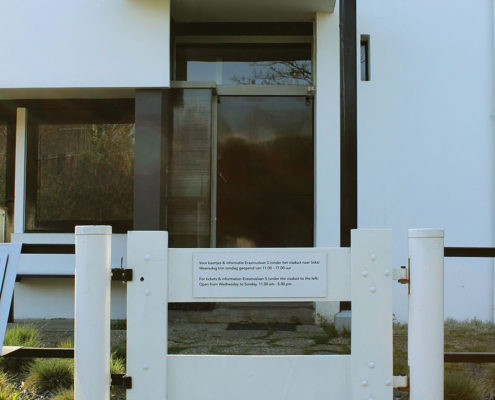 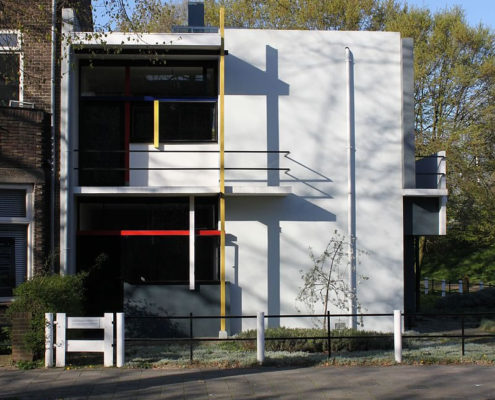 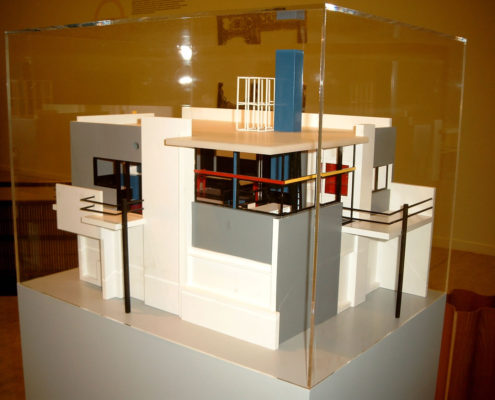 The Rietveld Schröderhuis in Utrecht was commissioned by Ms Truus Schröder-Schräder, designed by the architect Gerrit Thomas Rietveld, and built in 1924. This small one-family house, with its flexible interior spatial arrangement, and visual and formal qualities, was a manifesto of the ideals of the De Stijl group of artists and architects in the Netherlands in the 1920s, and has since been considered one of the icons of the Modern Movement in architecture.

The house is in many ways unique. It is the only building of its type in Rietveld’s output, and it also differs from other significant buildings of the early modern movement, such as the Villa Savoye by Le Corbusier or the Villa Tugendhat by Mies van der Rohe. The difference lies in particular in the treatment of architectural space and in the conception of the functions of the building. Many contemporary architects were deeply influenced by the Schröder house and this influence has endured up to the present.

The quality of the Rietveld Schröderhuis lies in its having produced a synthesis of the design concepts in modern architecture at a certain moment in time. Part of the quality of the house is the flexibility of its spatial arrangement, which allows gradual changes over time in accordance with changes in functions. At the same time the building has also many artistic merits, and its visual image has strongly influenced building design in the second half of the 20th century. The interiors and furniture are an integral part of its design and should be given due recognition.

The Rietveld Schröderhuis was located on the edge of the city of Utrecht close to the countryside, at the end of a 20th century row of houses. It was built against the wall of the adjacent brick house. The area beyond the house remained undeveloped, because it contained 19th century Dutch defence lines, which were still in use at the time.