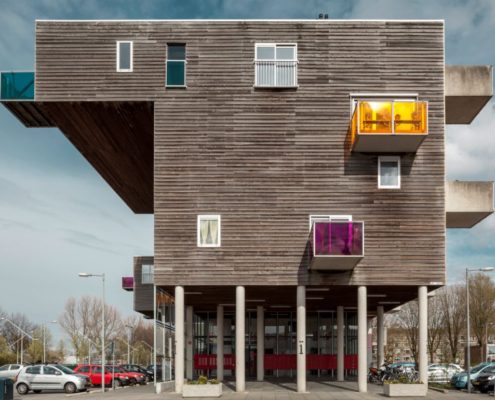 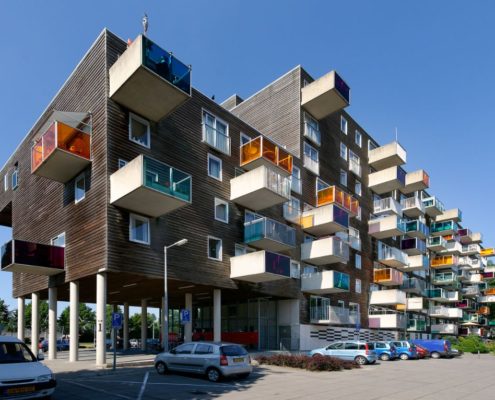 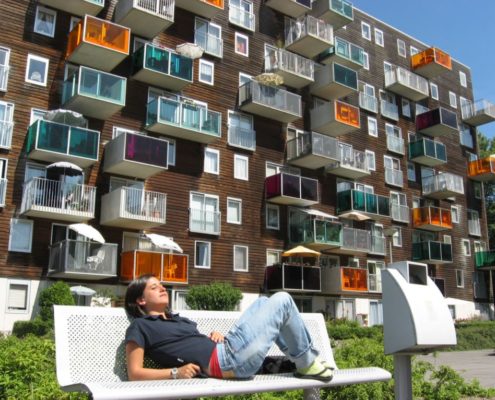 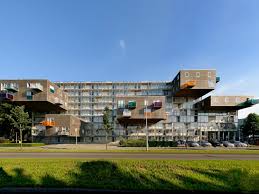 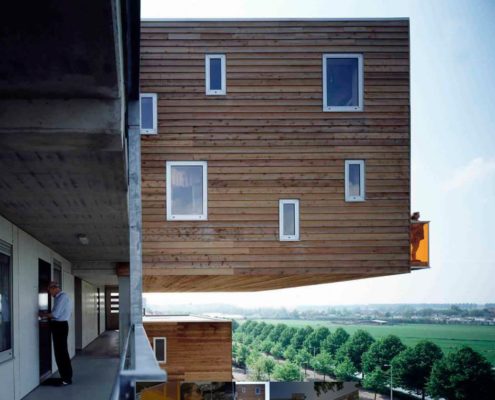 To maintain adequate sunlight in the surrounding buildings, only 87 of the 100 units could be realized within the slab. Where could the remaining 13 dwellings be positioned? If they were put elsewhere on the site, the open space would be further reduced. A deeper slab with narrower units did not seem possible. The North-South orientation of the block meant that the generator had to be a 7.20 meter module. By

The Spartan gallery flat becomes acceptable. Each gallery is given a different perspective. By changing window positions, balcony sizes and varying balcony materials, the different flats acquire their own character. With the party walls constructed 8 cm thicker than structurally necessary (for sound insulation) it became possible to use this extra thickness for the connection of the cantilever trusses without having to increase the weight of the load-bearing walls.When the project was completed, we were told, that we had realized the social housing project with the lowest building-costs in Amsterdam (applause). Almost 10 years later, averagely 2-3 touring-cars and numerous taxi's and rent-a-bikes with architectural tourist now visit the outskirts of the so called western garden cities to see the hanging houses of Amsterdam.

Information provided in part by: MVRDV

NEMO National Centre for Science and Technology Scroll to top