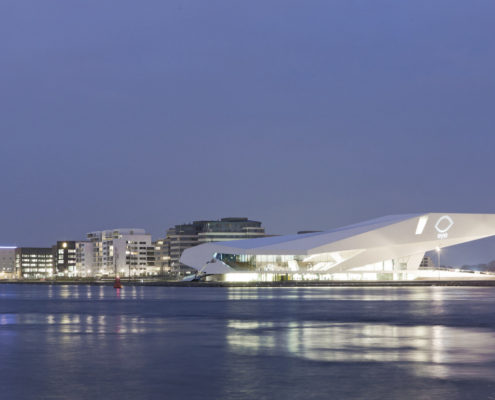 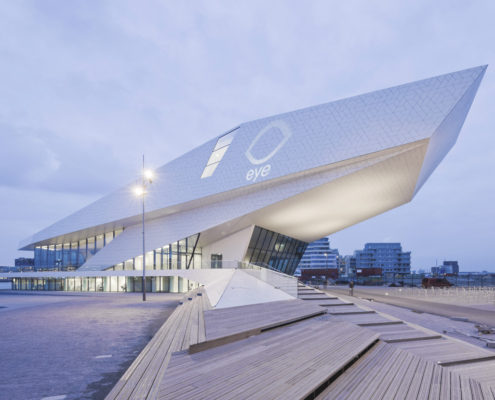 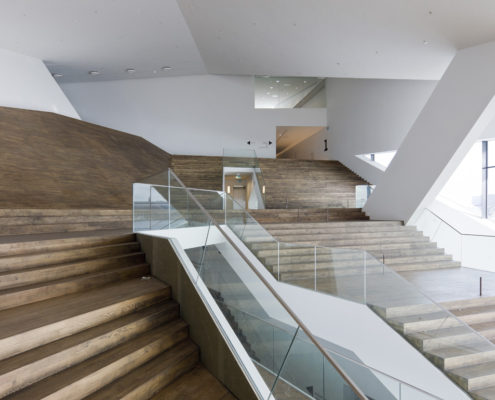 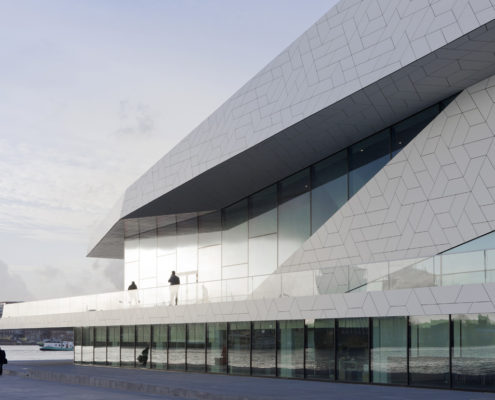 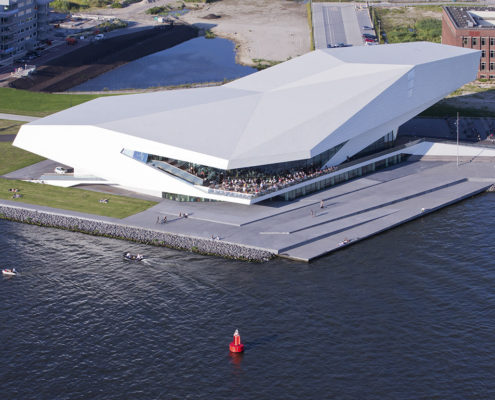 EYE Film Institute Netherlands is situated on a prime location at the bend of the river IJ, opposite the historical part of the city and the Central Station. The building is conceived as a highly tense and dynamic geometric solid. The light is reflected in multiple ways by smooth, crystalline surfaces, thus subjecting the building’s appearance to permanent optical changes during the course of the day.

Movement and light manifest themselves clearly as essential parameters for the film as a medium in the architectural production. The entrance into the building is characterized by continuous spatial concentration and directed visual relations. Spatial development, light incidence, and materiality define the path that leads from the southern glass front and the museum shop into the heart of the building.

The room widens successively, before unfolding its full dimensions as an architectural and functional focus.

The interior’s architectural formulation defines the foyer and arena as central divisors which integrate all path relations into the overall functional concept.

Whereas on the south side the building’s shell opens fully onto the adjacent river, terrace-like steps extrapolate the partly allocated, partly alterable functional zones as well as the interior’s character and atmosphere,

by allowing access to the exhibition level, to the projection rooms and restaurant. Flowing transitions between the single functional areas underline the distinctive continuity and the dynamic of the room flow, thus transforming the usage into a physiologically tangible sequence of constantly changing spatial impressions.

Accompanied by these variable perceptions, the perambulation of the building resembles a movie sequence with changeable visual effects.

Information provided in part by: DMAA