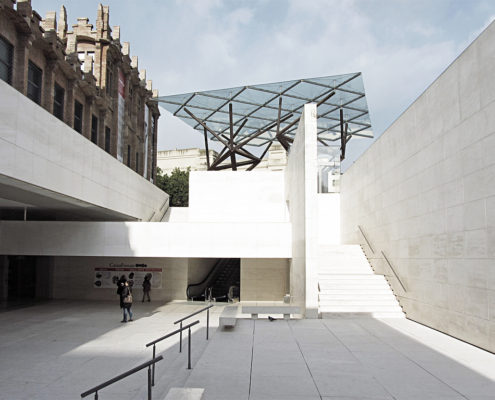 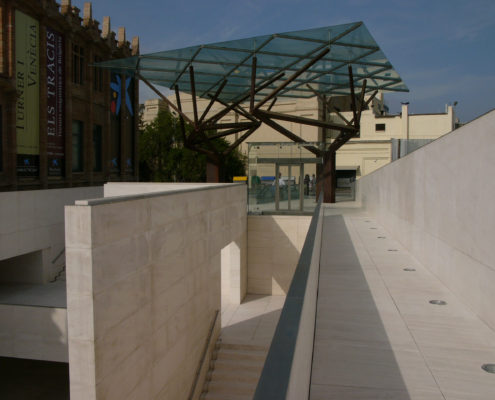 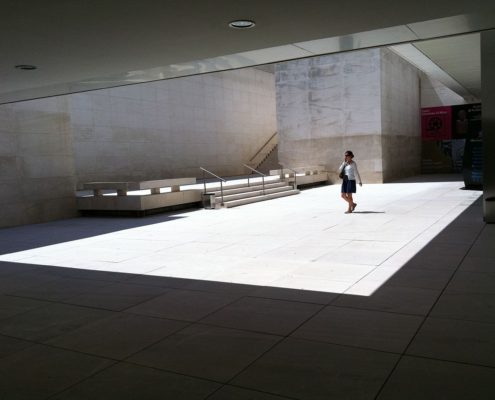 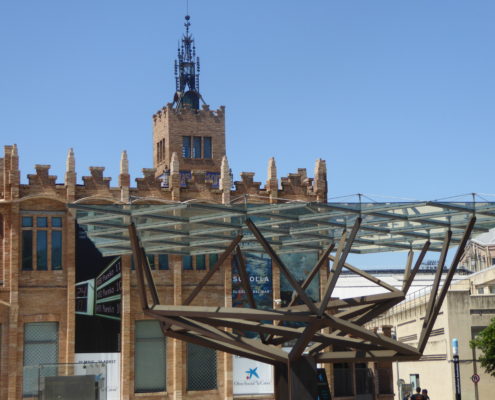 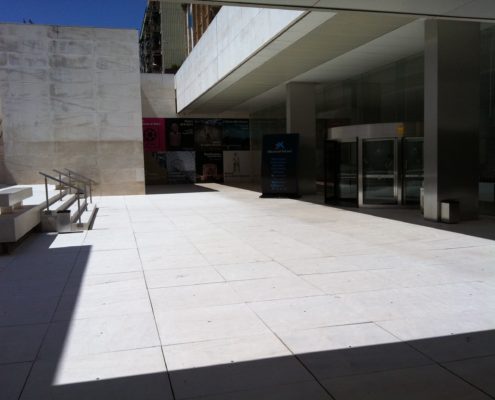 The Caixaforum Barcelona is a renowned cultural center in Barcelona, whose historical building was recently renovated after a design by Japanese architect Arata Isozaki.

Located at the foot of the Montjuic hill, the Caixaforum, along with being one of the most renowned culture and exhibition centers in Barcelona, is an example of coexistence of different languages in a single place. The architectural complex we see today is the outcome of a renovation project, completed in 2002 after a design by Japanese architect Arata Isozaki, promoted by the Obra Social La Caixa, which administers seven other similar centers in Spain.

The current house of the Caixaforum Barcelona once was an unconventionally-designed industrial building, the Fábrica Casaramona.

The factory was designed by Josep Puig i Cadafalch, one of the masters of Catalan modernism, following a commission by industrialist Casimir Casaramona i Puigcercós.

The building complex (completed in 1911), matching the flamboyant architecture typical of the Modernisme movement with that of an industrial plant dedicated to the production of textiles, was immediately recognized as a masterpiece.

Nevertheless, the factory was closed in 1919, after a few years’ activity, and its building stood idle for decades; thereafter, it was used first as a warehouse and subsequently as a police station until “La Caixa” acquired it in 1963 and eventually took the decision to convert the whole complex into a contemporary cultural venue.

The project by Isozaki, along with a complete restoration of the old brick and steel building, included the creation of a brand new underground entrance wing.

The extension was carefully adapted to the preexisting modernist building, while remaining a clearly contemporary intervention. The materials adopted – glass, steel and pale marble – and the clean geometric forms adopted by Isozaki create an intriguing visual dialog with the warm-colored, exuberant architecture of Puig i Cadafalch’s building.

Information provided in part by: www.inexhibit.com