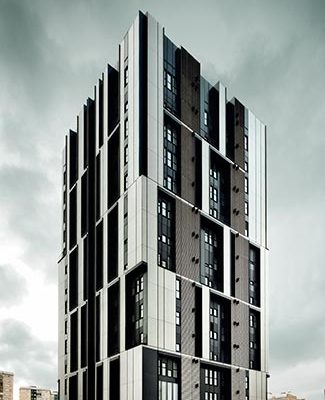 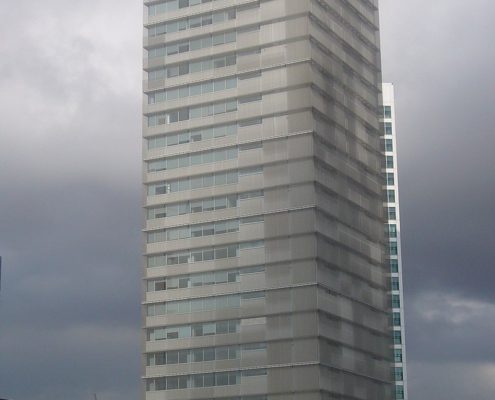 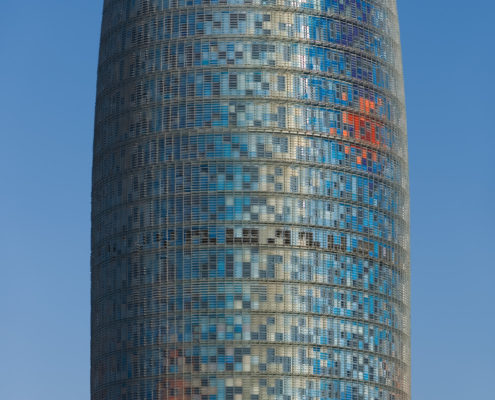 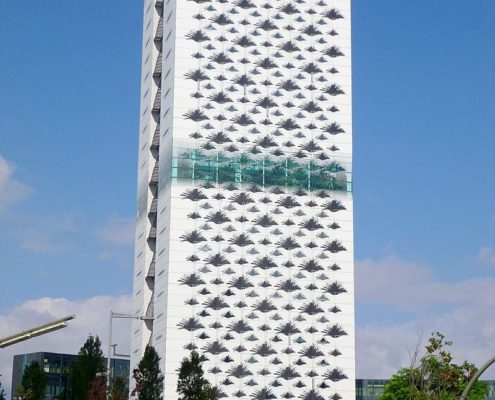 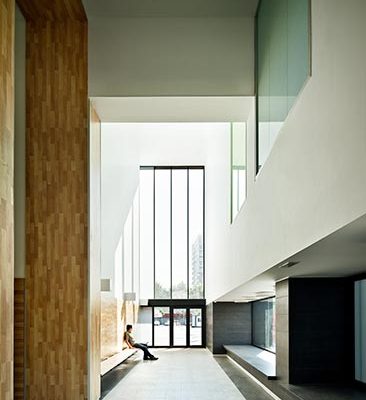 22@, also known as 22@Barcelona and Districte de la innovació (innovation district) is the corporative name given to an urban renewal area in Barcelona's formerly industrial area of Poblenou, in the district of Sant Martí, nicknamed "the Catalan Manchester" in the 19th century. Its aim is to convert Poblenou into the city's technological and innovation district, as well as to increase leisure and residential spaces. Centered on Plaça de les Glòries Catalanes, it is part of one of Europe's biggest urban regeneration schemes, begun during the 2000s and still ongoing, spanning 115 blocks or 198,26 ha. The plan was approved in 2000 by the city council when the new 22@ land designation was introduced, replacing the 22a designation, used in industrial soil contexts.

The 22@Barcelona model is already being applied in other areas of the city and is a benchmark in urban, economic and social transformation in cities like Rio de Janeiro, Boston, Istanbul and Cape Town. It is a compact and diverse city that, instead of applying a territorial specialization model, employs a mixed model that favors social cohesion and fosters balanced and sustainable urban and economic development.

At the end, the project will create 4 million square meters of constructed floor space, 3.2 million of which will be used for productive activities and 800,000 for housing and services. So far, regeneration has begun on approximately 68% of the industrial areas in Poblenou. Noteworthy among these plans is the Industrial Heritage Protection Plan, which consolidates protective measures for 114 elements, and outside the 22@Barcelona area, the Poblenou Historical Center Protection Plan and the Diagonal-Besòs Campus.