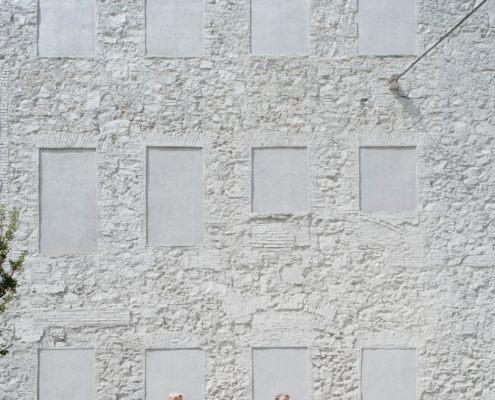 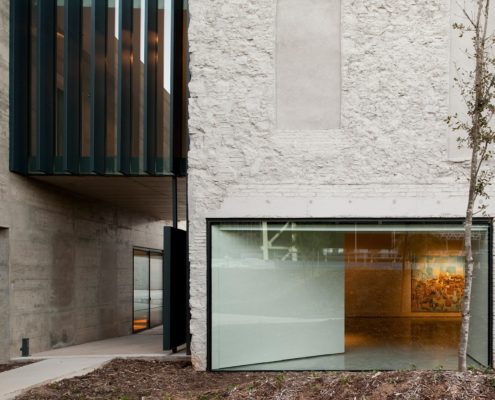 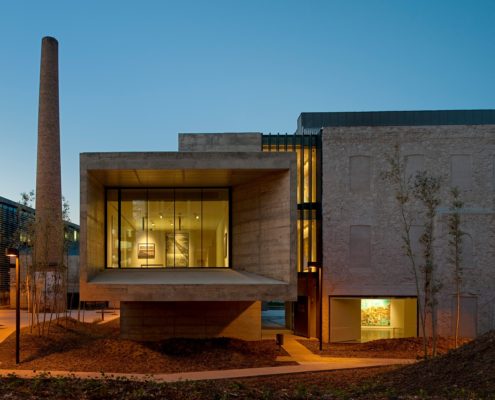 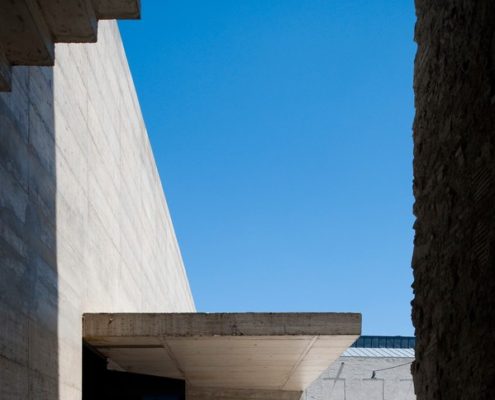 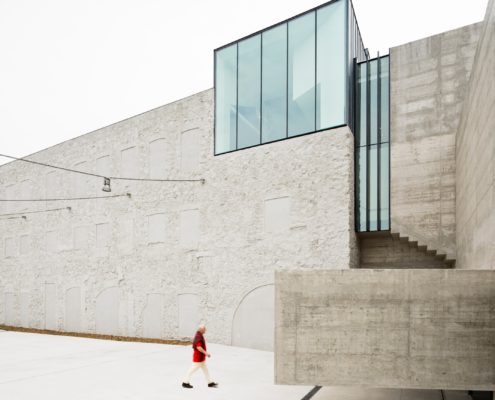 With "Can Framis" we aim to play on contrasts, with a surrounding garden providing a tranquil breathing space away from the hubbub of speed and time. The mainly-paved garden will have many trees and winding paths which will embellish the cloak of ivy which already covers the environs and in the future will enshroud the building and trees.

The two buildings to be preserved have little architectural worth and are currently derelict. Their main interest lies in the contrast of their location, based on the former agricultural sketches prior to the implementation of the Cerdà plan at a level of 1.5m below the current road.

The project consists in restoring the two current factory buildings and constructing a new one which will link them, coinciding with the site of another former warehouse which - as a whole - will form a courtyard, paved with stones recovered from the former factory, which will be the main entrance to the museum.

Visitors will begin on the highest level and continuously move downwards through semi-lit areas, which will then light up to showpiece the exhibited pieces.

Wood appears copiously on window frames, staircases and between the buildings, as well as on the painting support screens, in reference to the material of the canvas frames.

Outside, the lime mortar which blends with the existing stonework merges with the exposed concrete of the new buildings. The façade then becomes a collage of textures, niches and coverings which reflect the different ups-and-downs of the building throughout time.