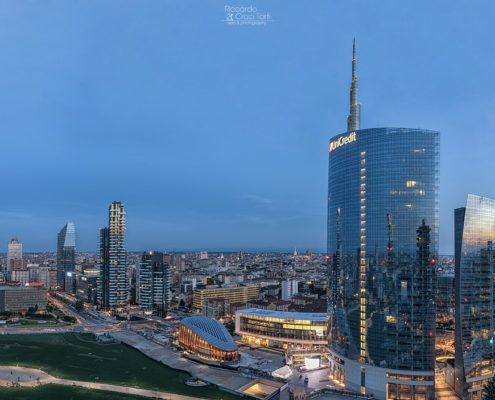 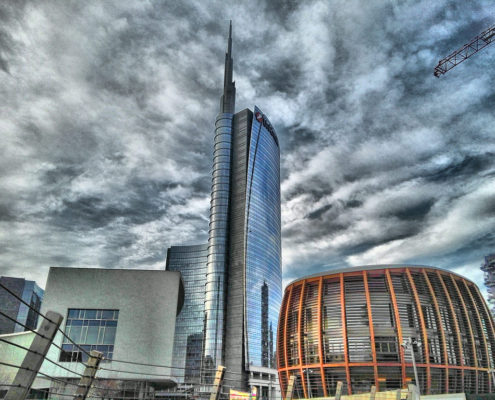 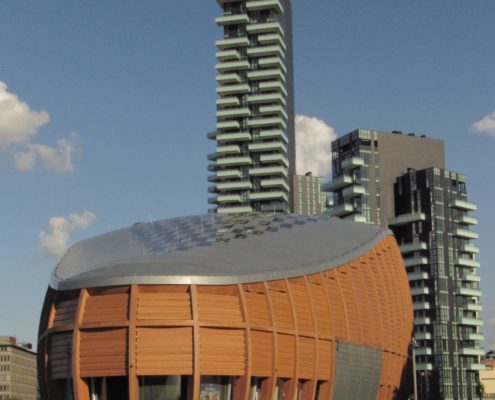 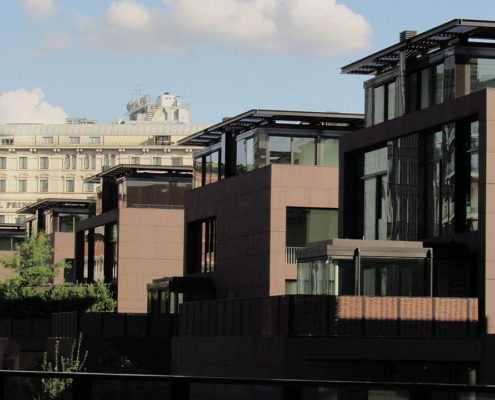 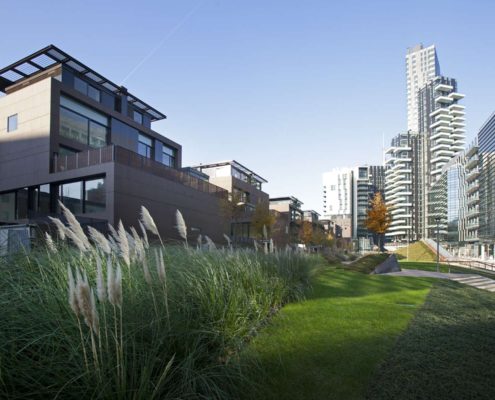 After a long period of urban decay, the Porta Nuova district is now undergoing a massive renewal, thanks to the "Progetto Porta Nuova" (Porta Nuova Project). The project, which has been under construction since the late 2000s, includes several modern high rise buildings, cultural centres, and a large city park. As a result of these developments, the Porta Nuova district will ideally merge with the bordering Centro Direzionale di Milano, the oldest business district of Milan that is characterized by 1950s-1960s towers, many of which dedicated to government offices and other major public and private companies.

This project effects areas from the neighborhoods of Isola, Varesine and Porta Garibaldi. Construction started in 2009, with completion planned in 2014. The project involves the work of noted architects such as Cesar Pelli, Stefano Boeri and Nicholas Grimshaw. The redevelopment area extends from Porta Garibaldi station to piazza della Repubblica and from Porta Nuova gate to Palazzo Lombardia.