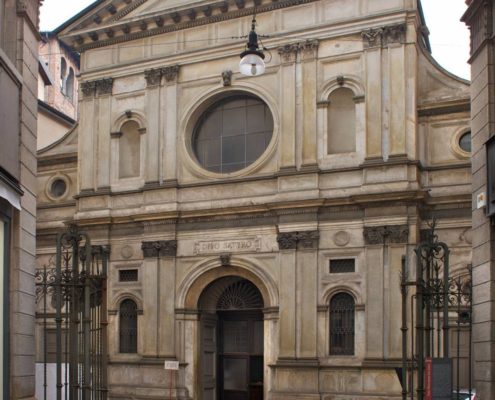 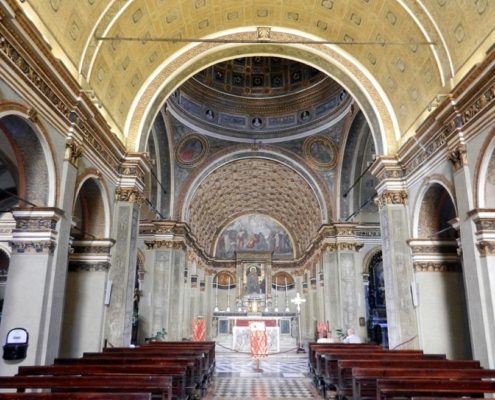 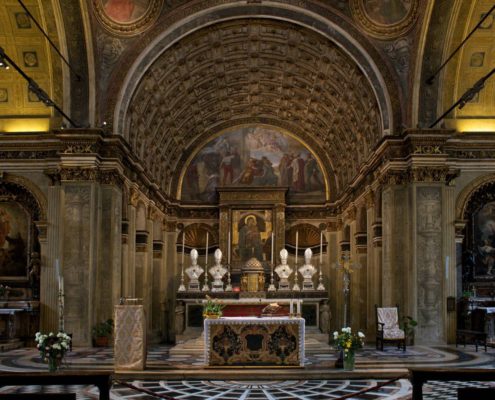 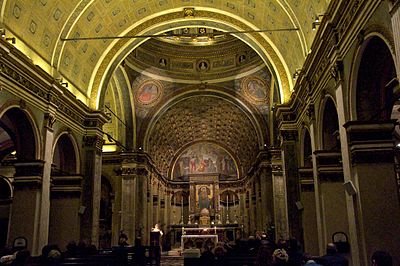 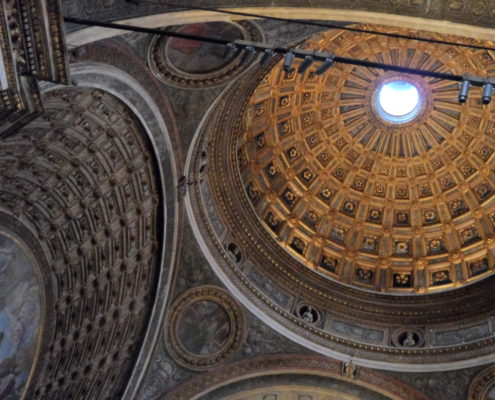 The church stands on the site of a primitive place of worship erected by Archbishop Ansperto in the ninth century and dedicated to S. Satiro, brother of S. Ambrogio. History narrates that a miracle took place within this edifice in 1242: a votive painting of the “Madonna con Bambino” (Madonna with Child) was stabbed with a knife and blood was seen gushing from it. In the second half of the fifteenth century, alongside the church of San Satiro from which it takes its name, the church of Santa Maria presso San Satiro was constructed to house this miraculous icon.

The architect Donato Bramante was entrusted with the project. Despite having only a small area available he designed an imposing edifice with gold and blue decorations, friezes with classical motifs and alternating flat and concave niches crowned with shells. The small church has three naves; the central one is covered with a barrel vaulted ceiling and a large hemispheric dome at the intersection with the transept. The lack of space at the back of the altar, due to the presence of the medieval via Falcone behind the church, instigated the choice of a crux commissa (T-shaped cross) plan devoid of the upper arm.

In order to avoid any unpleasant sensation of abruption and disharmony, Bramante adopted an ingenious solution; he created a faux choir in painted stucco, almost a trompe l'oeil before its time, which gave the impression of a much larger environment.

The church facade was not completed until 1872 when it was constructed by the architect Giuseppe Vandoni; the original one designed by Amadeo, following Bramante’s plan, was never actually executed.