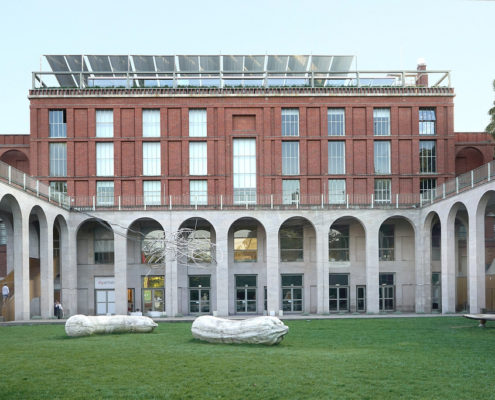 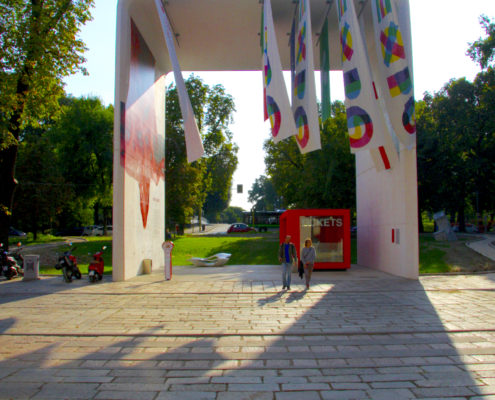 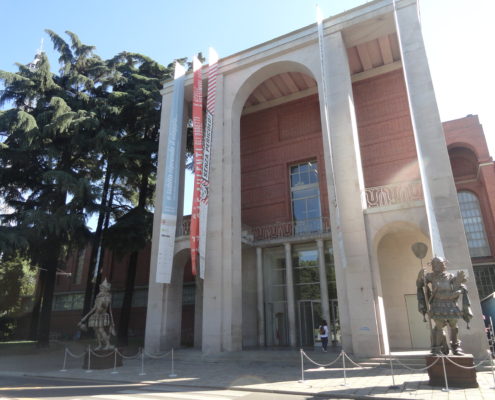 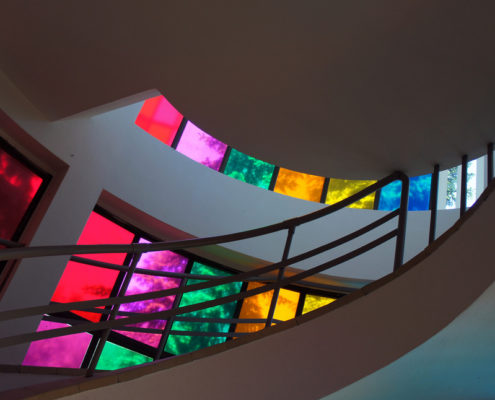 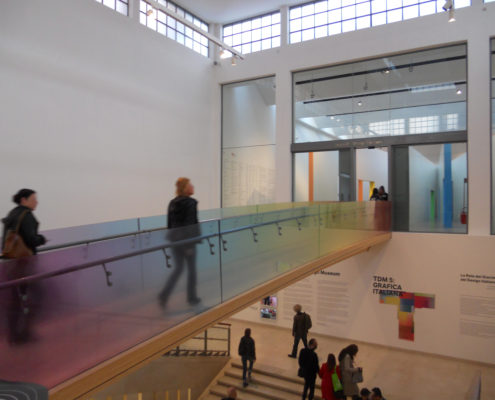 The first International Exhibition of Decorative Arts is held in Monza

The event is held every two years in the park of Monza’s Villa Reale, with the objective of stimulating the relationship between industry, art and society at large. Post war Italy looks to industry for an opportunity of renewed prosperity, and to creative design for the unifying element of its productions. From its very beginning, the event is geared towards a unifying idea of all forms of art and creative expression, strictly linked to social evolution and economic development.

Monza’s exhibition changes to every three years, moves to Milan and becomes an independent legal entity. With guidance from personalities such as Gio Ponti and Mario Sironi, the Triennale’s story begins. Architect Giovanni Muzio designs the Palazzo dell’Arte which becomes the Triennale di Milano’s headquarters. A prestigious, modular and flexible building, it is specifically conceived to host great exhibitions and museum activities. The Palazzo dell’Arte by Giovanni Muzio is one of the most important expressions of rationalist architecture, marked by the neatness of lines and by the balance of volumes: 12.000 sq. m. of exhibition rooms and areas dedicated to the public in the heart of Milan. For over 80 years the Triennale di Milano has been an icon for cultural and economic life, the engine of an important international dialogue between society, the arts and industry.

The great names of the 20th Century

The desire to assert the unity of the arts manifested itself already in the V Triennale in 1933, with the mural paintings of great artists such as De Chirico, Sironi, Campigli and Carrà. This intense relationship between the Triennale di Milano and its artists grew in the following decades with exhibitions of the work of Fontana, Baj, Martini, Pomodoro, de Chirico, Burri and – morerecently – Merz, Paolini and Pistoletto.

In the immediate post war years the Triennale tackled the problem of reconstruction by promoting, with Piero Bottoni, the building of the experimental QT8 area, in Milan’s Monte Stella district. In the 50’s it also addressed the issue of industrial design, with shows dedicated to this specific sector. The phenomenon of Italian design evolved exactly at that time and was associated to the cult of all things Made in Italy, alongside the country’s industrial development. Then, starting in the 60’s, the Triennale had to face the problems linked to economic development and social transformation, producing exhibitions such as “La casa e la scuola”(Home and school) in 1960, “Il tempo libero”(Free time) in 1964, “Le città del mondo e il futuro delle metropoli” (World Cities and the future of the metropolis) in 1988, “Identità e differenza” (Identity and difference) in 1996.

Information provided in part by: http://www.triennale.org