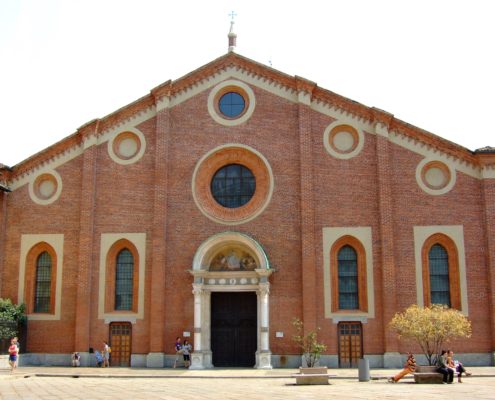 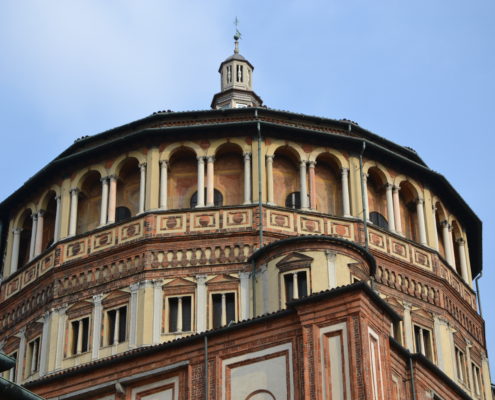 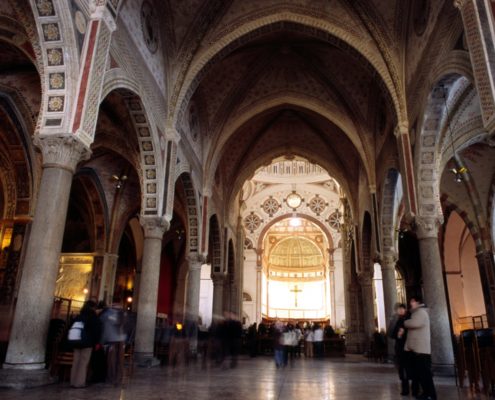 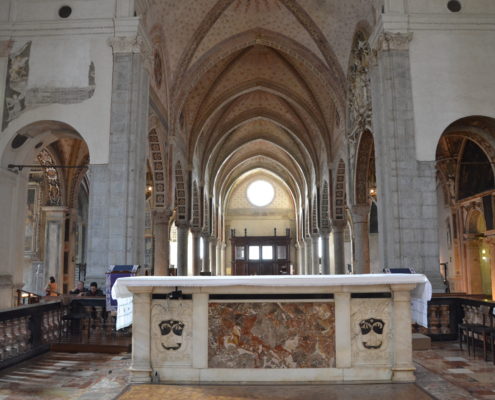 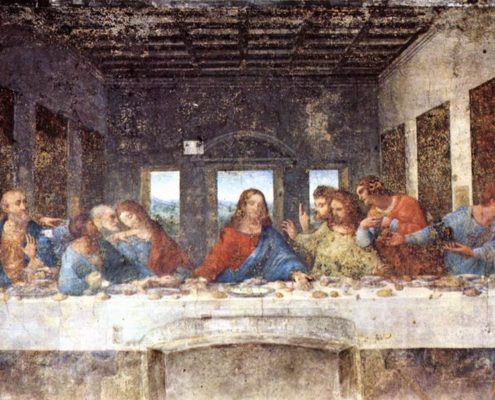 The refectory of the Convent of Santa Maria delle Grazie in Milan forms an integral part of this architectural complex, begun in 1463 and reworked at the end of the 15th century by Bramante. On the north wall is The Last Supper, the unrivalled masterpiece painted between 1495 and 1497 by Leonardo da Vinci, whose work was to herald a new era in the history of art. The complex, including the Church and Convent, was built from 1463 onwards by Guiniforte Solari, and was afterwards considerably modified at the end of 15th century by Bramante, one of the masters of the Renaissance. Bramante structurally enlarged the church and added large semi-circular apses, a wonderful drum-shaped dome surrounded by columns, and a spectacular cloister and refectory.

The painting was commissioned in 1495 and completed in 1497. The representation by Leonardo da Vinci depicted the moment immediately after Christ said, “One of you will betray me”. Leonardo rejected the classical interpretation of the composition and had Jesus in the midst of the Apostles; he also created four groups of three figures on either side of Christ. The 12 Apostles reacted in differing ways; their movements and expressions are magnificently captured in Leonardo's work. The genius of the artist is seen especially in the use of light and strong perspective. Unfortunately, Leonardo did not work in fresco but in tempera on a two-layered surface of plaster that did not absorb paint. It was as early as 1568 when Vasari first pointed out problems with this painting technique.

The Last Supper, which Leonardo da Vinci painted in the refectory of the Dominican convent of Santa Maria delle Grazie, is undisputedly one of the world’s masterpieces of painting. Its unique value, which over the centuries has had immense influence in the field of figurative art, is inseparable from the architectural complex in which it was created.