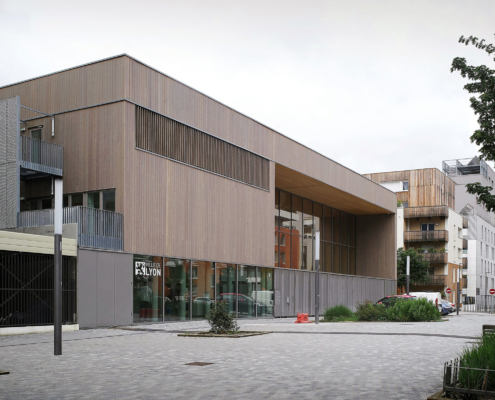 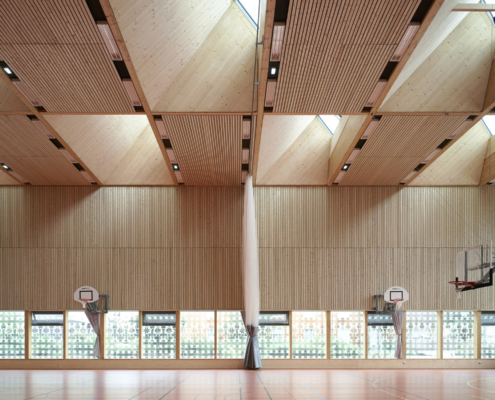 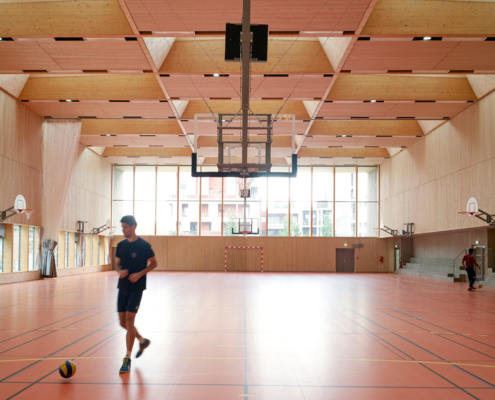 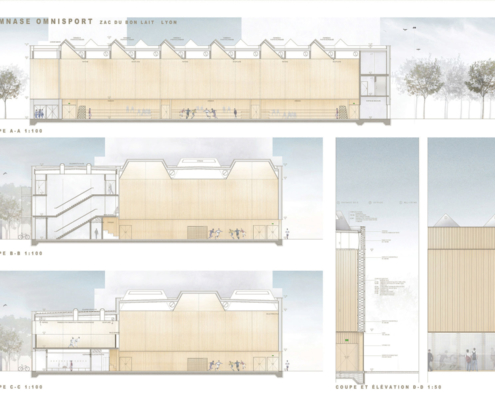 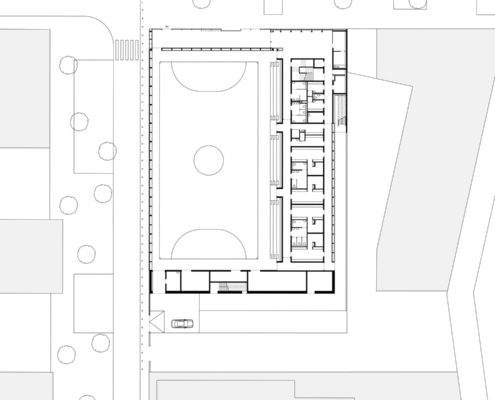 This multi-use gymnasium is a central element of the new urban development zone of Bon Lait. It welcomes primary and secondary school pupils from nearby educational establishments, as well as sports clubs and local sports enthusiasts. It won the French National Timber Construction Award for its composition – a framework of glued laminated spruce beams, insulated with straw bails.

The façade of the box-shaped building is clad with pre-grayed larch wood battens. Its volume contains a hall, which can be divided into three, thus allowing different sports to be carried on at the same time. The nine-meter-high ball-sports hall, receives evenly-distributed daylight that enters from skylights arranged across the ceiling in the form of truncated pyramids. Inside, the walls are coated in openwork wooden strips, ensuring good acoustics. The spectator stands, built as three-tiered concrete seating rows, and the interior access routes and adjoining rooms are arranged at the rear as the backbone of the building

In a densely built mixed environment, the sports hall interacts with the public space and the neighborhood via a loggia and its large glass facades. Through its simplicity, it also emphasizes its function as a low-threshold, available-to-all communal infrastructure.

The Orange Cube Scroll to top