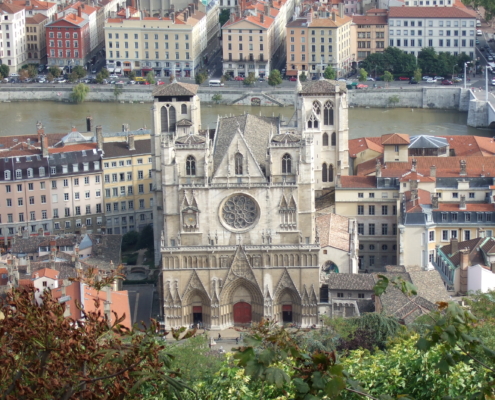 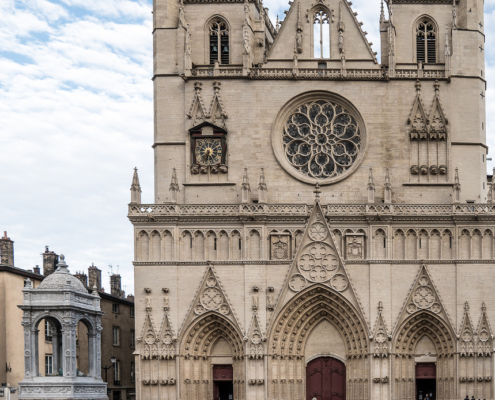 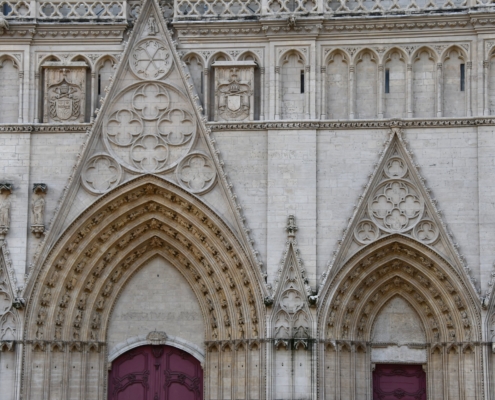 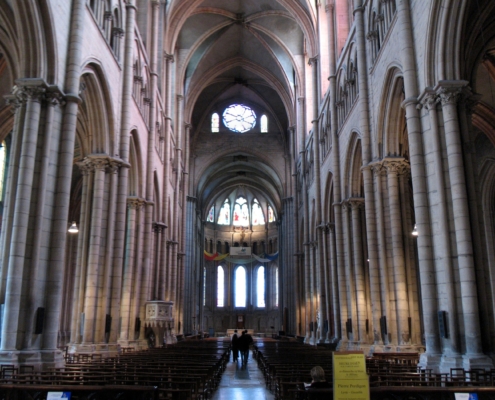 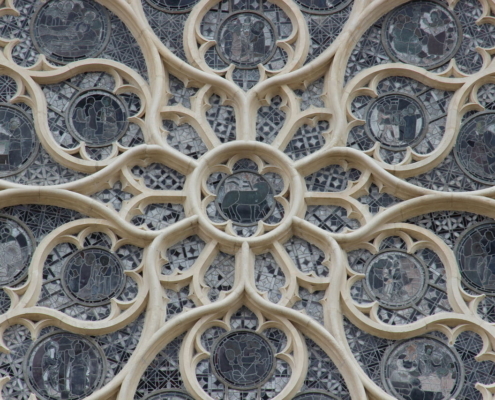 A handsome mix of Roman and Gothic, Saint Jean Cathedral stands out in the cobbles of Vieux Lyon, chiming its bells to lure visitors through the huge oak doors.

The narrow strip of cobbles of Vieux Lyon, along the right bank of the Saône in Lyon’s 5th district, is home to the largest Renaissance area in Europe after Venice.

A colourful mass of craft shops, restaurants, ice-cream vendors, old postcard sellers, buskers and bars, it is punctuated by two churches and a Cathedral – St Paul, the furthest up stream, known to have been the commercial area during the Renaissance, St Jean Cathedral in the middle, home to wealthy aristocrats, and St George downstream, the craftsmen’s district. Just think of the Beatles, but without Ringo.

Information provided in part by: thisislyon.fr