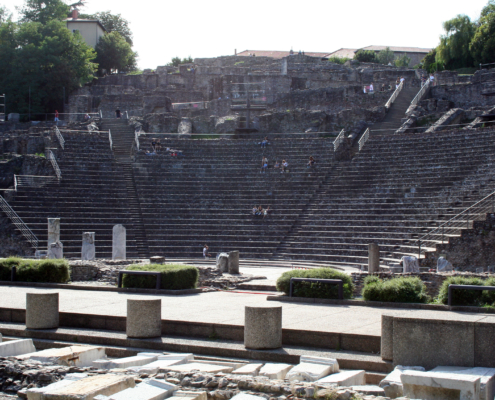 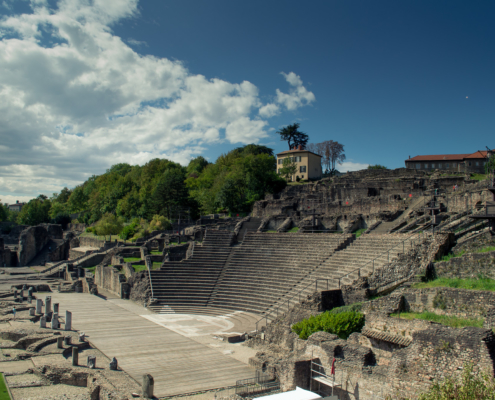 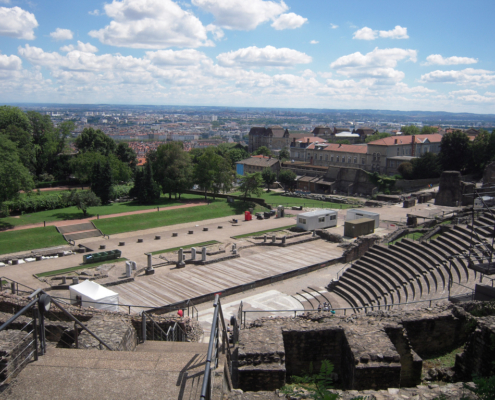 The Great Theatre, the oldest in France, built by Augustus in 15 BC and divided into 3 sections: the "cavea" (a vast shell with 25 stands leading to the pit) built on a gallery. In bad weather, a "velum" (awning) was stretched over the "cavea", tied to the backstage wall. The "cavea" had several "vomitorias" (doors leading to the stands). The "balteus" was the wall separating the Plebs from the Patricians. Finally the semi-circular pit was the most ornate part with multi-coloured geometric patterns. This was where the choir, dancers and actors performed. It is 27 m in diameter.

The stage supported by a wall, the "pulpitum", has been fitted with floorboards to allow use of the theatre today. It is decorated with a few columns and the statue of a woman. Each column was there to commemorate an emperor, with his ashes stored in the base. The theatre was dedicated to tragedies and comedies. It could hold 4,700 people. It was extended under Hadrian's rule to 10,700 seats in 120 AD.

Information provided in part by: lyon-france.com