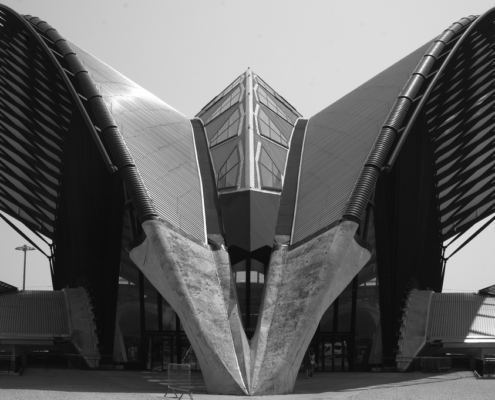 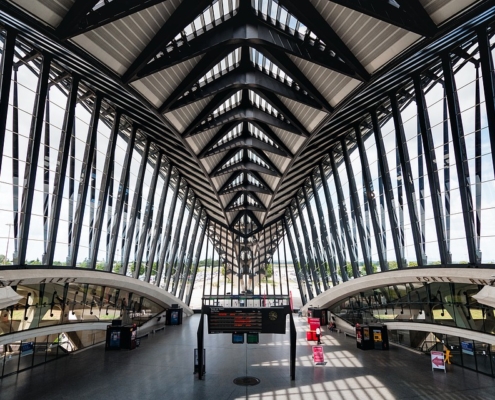 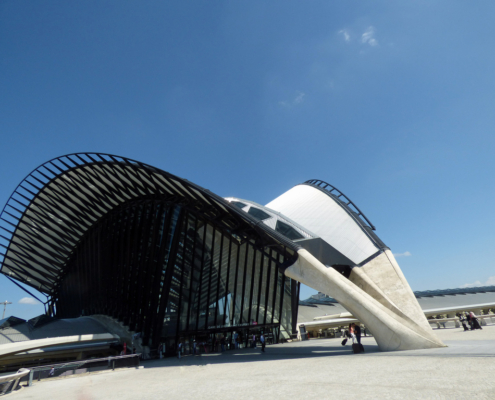 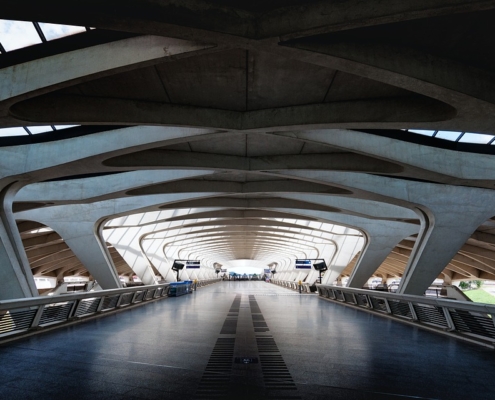 To help boost trade through improved transportation, the Rhone Alps Region and CCIL organized a competition to design a new rail station at Saint-Exupéry Airport in Satolas, serving a rail connection to Lyon. The design brief called for a building that would provide smooth passenger flow while creating an exciting and symbolic 'gateway to the region'. In addition to providing access to four tracks with accommodations for two more in the future, the station was to incorporate ticketing offices, retail shops, restaurant facilities, temporary exhibition space and offices for the station master, the airport police as well as the SNCF and CCIL staff.

The dramatic form of the central hall's superstructure was derived from one of Calatrava's sculptures: a balanced shape resembling a bird at the point of flight.The glazed central hall, triangular in plan and spanning 394 feet, sweeps upward toward a service concourse on the east side and so is left free of visual obstructions. The steel roof is composed of four converging arches with a curved, tapering, arched spine. A single, sculpted, V-shaped concrete footing supports the arches at their point of convergence on the west. Glazed side screens fill the area between the central, concrete arches of the platform hall and the two outer steel spans of the concourse roof, stabilizing the structure.