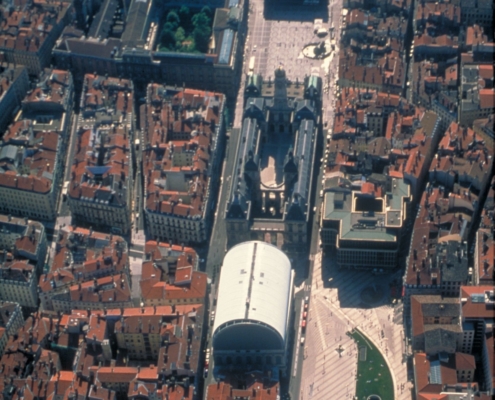 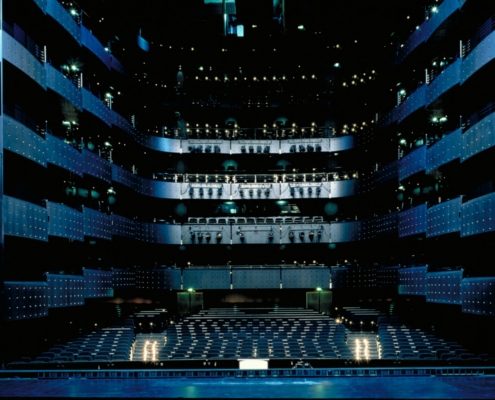 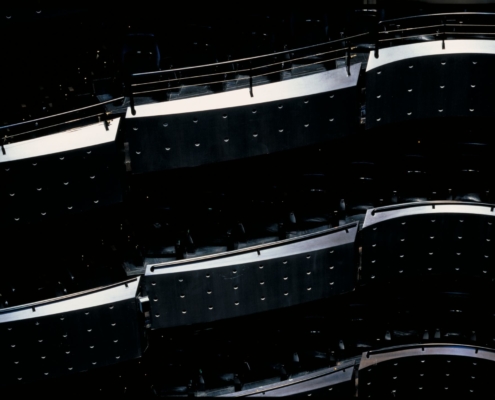 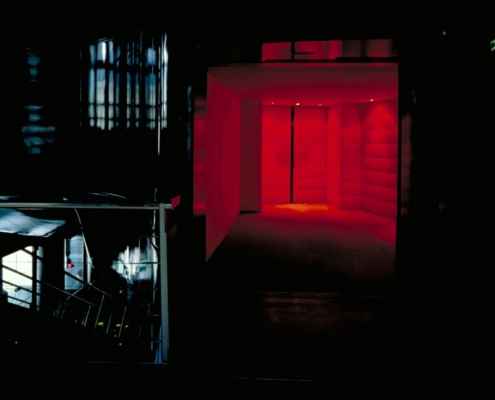 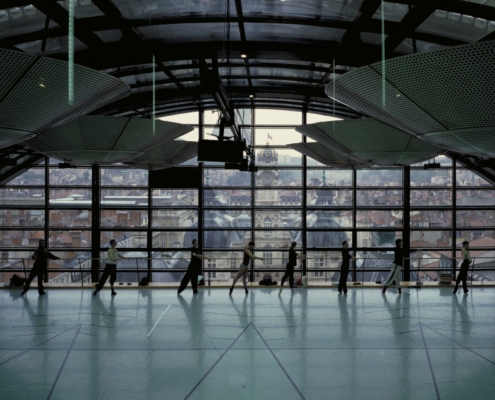 Located in a prestigious site, the Opera, a veritable contemporary landmark, will turn the City Hall district into the focal point of Lyon, silhouetted against the sky when viewed from the River Rhone, like the glass roof of the Grand Palais seen from the Seine. It will be simple and monumental: its monumentality will derive from the semicylindrical glass arch that doubles the height of the existing building; its simplicity will stem from the homogeneous treatment of the glass louvers forming a barrel vault.

This vocabulary aims to strengthen the identity of the city by creating a new urban symbol. The pure semicylindrical form may be seen as a complement to the pyramidal Credit Lyonnais tower in the Part-Dieu area.

The primary structure of the vault is composed of round arches, painted light gray, set atop the arcades of the existent facade, which has been retained. On the underside, it supports an inner skin of vaulted glass, covered, on the outside, by a layer of screen-printed, louvered glass. The play of screen-printed patterns has an effect of dematerialization as the intensity of the sun’s angle of incidence changes.