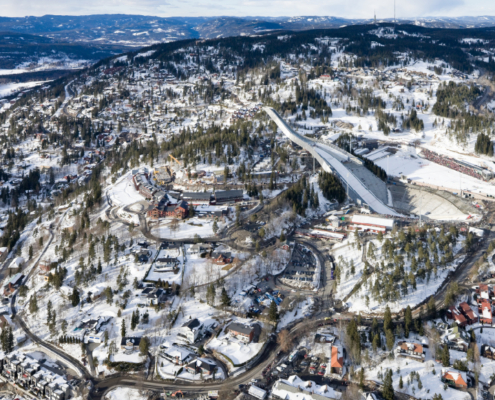 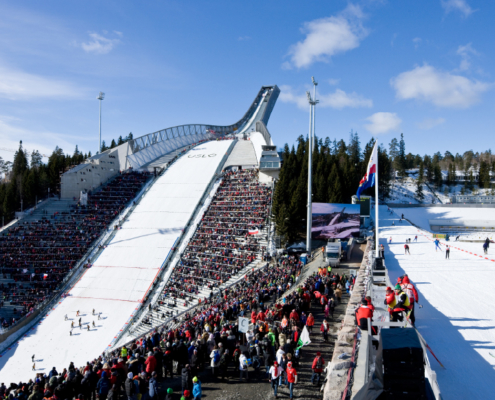 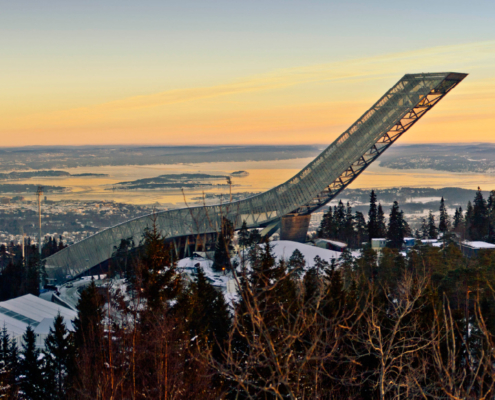 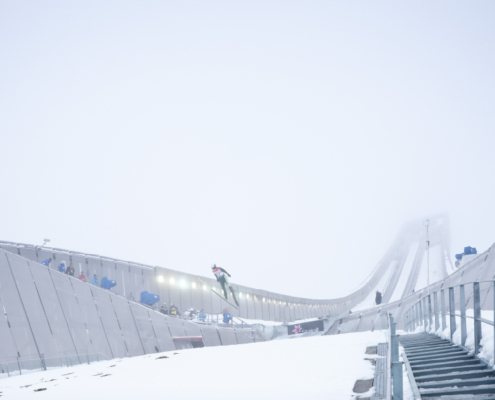 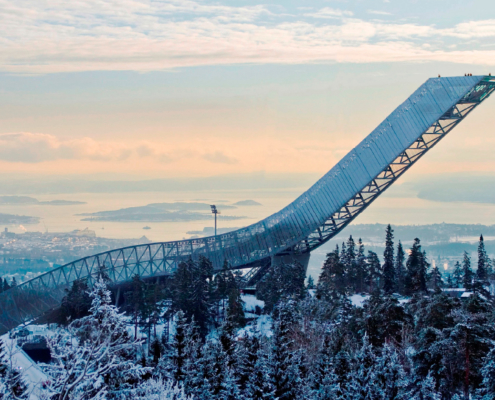 Rather than having a series of dispersed pavilions on site, our design unifies the various amenities into one holistic diagram. The judges booths, the commentators, the trainers, the Royal family, the VIPs, the wind screens, the circulations, the lobby, the entrance to the arena and the arena itself, the lounge for the skiers, the souvenir shop, the access to the existing museum, the viewing public square at the very top, everything, is contained into the shape of the jump. The resulting simplicity of the solution improves the experience of the spectators and brings clear focus to the skiers jumping. The ski jump is clad with a mesh of stainless steel and rises 58 meters in the air. Its 69m cantilever makes it the longest of its kind.

On the first day of jumping tests, the record of the longest jump made at Holmenkollen was broken. Atop the ski jump is a platform where visitors can take in some of the most breathtaking views of Oslo, the fjord and the region beyond. It’s a new form of public space, using an unlikely architectural form as its host, affording the same spectacular vantage point for everyone who comes to Holmenkollen.

The Lonely Planet declared the new Holmenkollen Ski Jump as one of the ten top world destinations to visit in 2011.