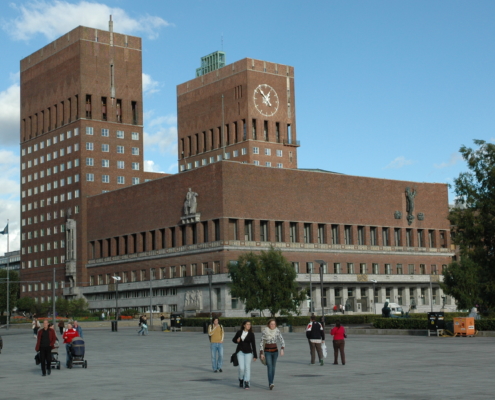 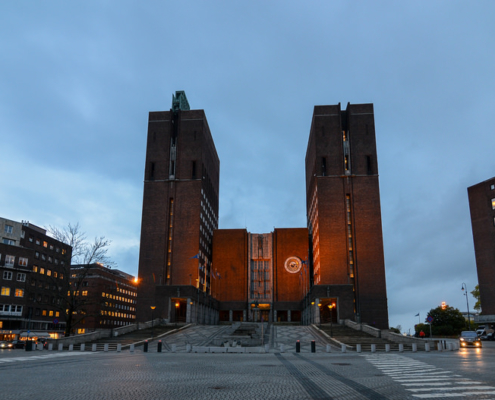 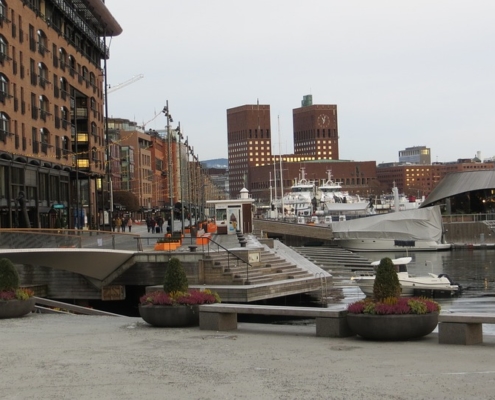 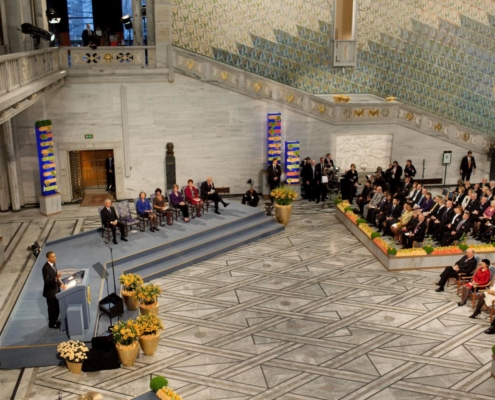 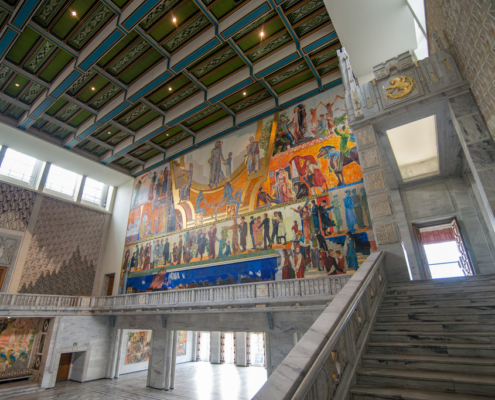 Oslo City Hall (Norwegian: Oslo rådhus) is a municipal building in Oslo, the capital of Norway. It houses the city council, the city's administration and various other municipal organisations. The building as it stands today was constructed between 1931 and 1950, with an interruption during the Second World War. It was designed by architects Arnstein Arneberg and Magnus Poulsson. The building is located in the city center, in the northern part of the Pipervikaneighbourhood, and it faces Oslofjord.

Oslo City Hall is built of red brick and has two towers, one 63 meters tall and other 66 meters tall. The bricks used are larger than what was typical at the time of construction, but are roughly the same size as bricks used in the middle ages. The bricks - measuring approximately 27,5 x 13 x 8,5 cm - were produced by Hovin Teglverk in Oslo. The eastern tower has a set of 49 bells. Various events and ceremonies take place in the building, including the Nobel Peace Prize ceremony which takes place every December.