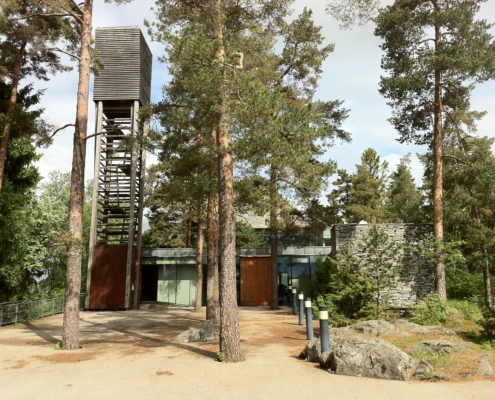 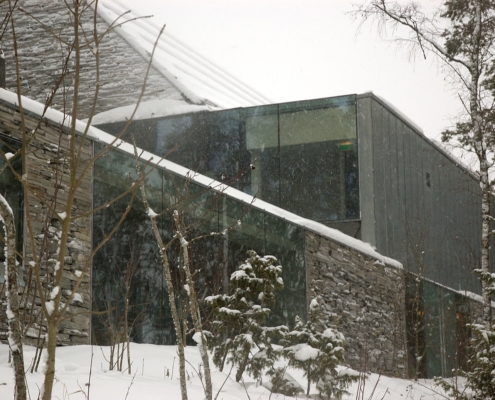 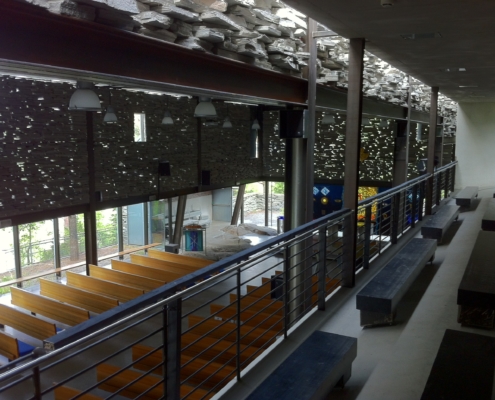 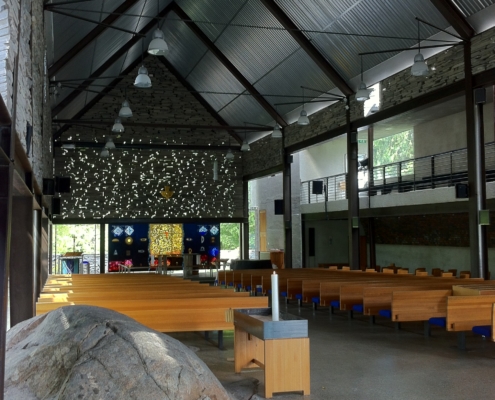 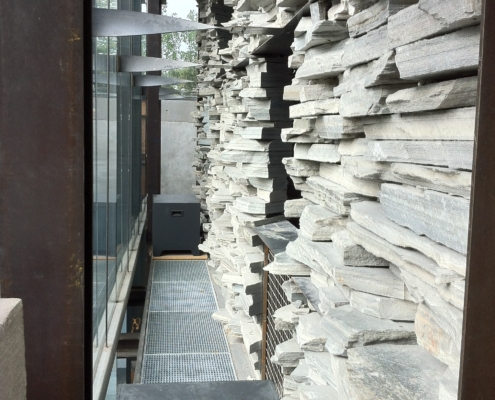 The church is situated on the top of a small crest with large pine trees and some exposed rock. Geometrically speaking the church is an addition to the existing ground, no blasting and excavation was necessary except carefully removing the thin layer of soil. This technique, among other things, makes it easier to preserve the existing vegetation and topography, thereby adding a dimension to the experience of the building.

A number of trees are preserved in atriums within the enclosure. Some of the rock formations emerge like islands in the concrete floor of the church, between the congregation and choir. Thus the church takes its major divisions from elements already on the site. This is possible because there are relatively large tolerances in dimensioning the rooms. No module has been used to determine the exact positions of the gardens. Rather the materials and structures are chosen so that a gradual non incremental adjustment of dimensions, without steps or modules, is possible.

The main structure is a steel framework with a stone wall carrying the roof. A glass facade 90 - 160 cm off the stone wall defines a narrow gallery around the church room. The stone in this wall is built without mortar, thus letting light through, and has one even side, and one uneven as standard. The uneven outside of the internal stone wall is exposed to the outside through the glass facade on three sides of the church. The stonewall is stiffened horizontally by steel plates, 4mm x 250mm, that spans between the columns, inserted into the wall every meter. These plates can stiffen this wall only when the weight of the wall itself is added to this structure. The glass facades are stiffened with "propels" made from steel plates that are inserted into the vertical joints between the glass panes, and to the horizontal steel plates in the stonewall.