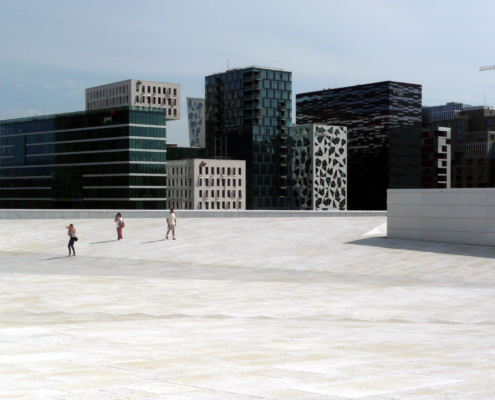 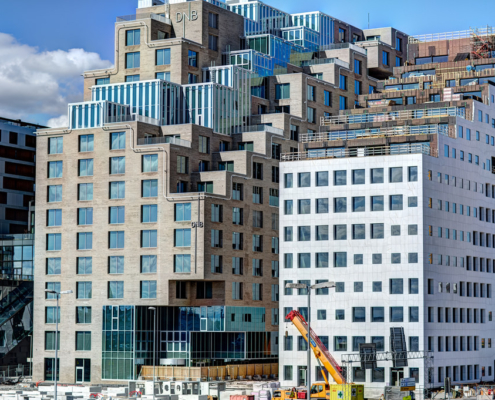 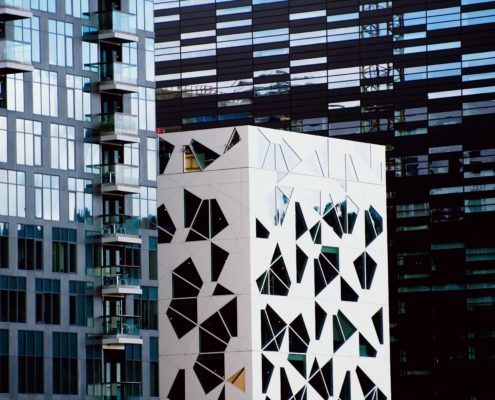 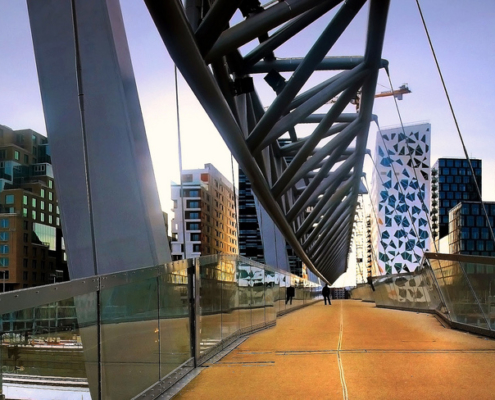 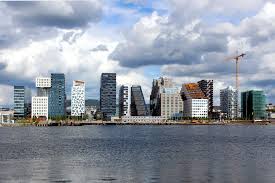 Situated behind Snøhetta's iconic Oslo Opera House is another set of buildings which mark out Oslo as a cutting-edge architectural hub. The Barcode Project is a masterplanning project consisting of a row multi-purpose high-rise buildings which largely make up the skyline of Oslo. Each of the buildings is the creation of different combinations of European architecture firms; however, together they form an enticing composition with the gaps between them creating the impression of a barcode—hence the project’s clever nickname.

Each of the resulting buildings pushes the idea of what a high-rise building can be. Whether they take the form of a giant staircase or resemble a 3D version of Tetris, each of the buildings has its own peculiarities. The firms involved in the project included Dark Arkitekter, A-lab, MVRDV, and Snøhettaadding their stamp on the architecture of Oslo. Read on to see German architectural photographer Rainer Taepper’s stunning set of photographs on the Barcode Project.

Deemed the “champagne apartments,” the Barcode Project proved to be a controversial scheme by adding high-rise buildings to a mostly low-rise city. However, the overarching principle was to relieve the pressure of Oslo’s rapid growth and reshape the urban landscape without diminishing any existing green space. Unbuilt spaces between each of the buildings were to be at least 12m wide, which would not only guarantee green spaces, but also contribute to openness, light penetration, and transparency in the built-up area.