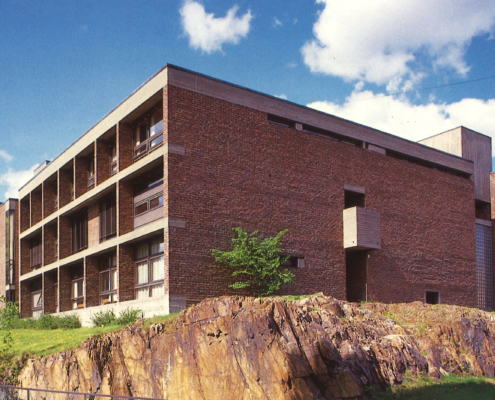 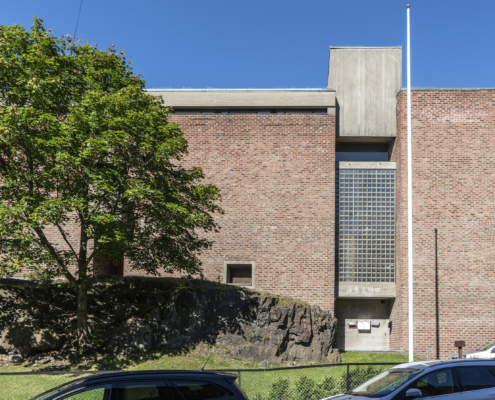 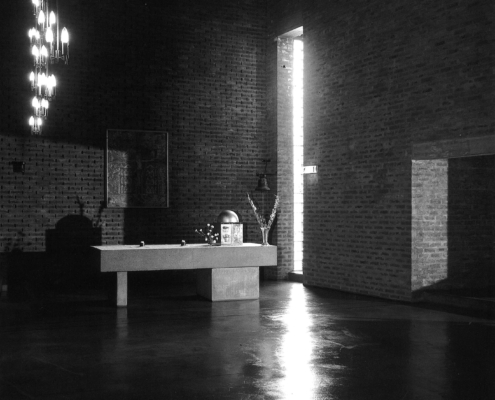 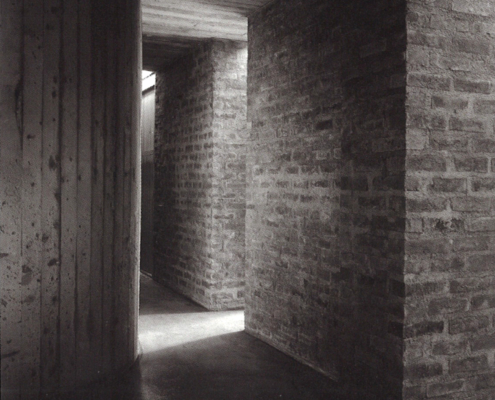 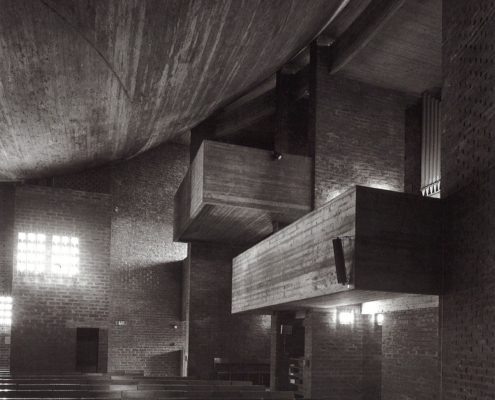 St. Hallvard's Church and Monastery (Norwegian: St. Hallvard kirke og kloster) on Enerhaugen in Oslo, Norway, not far from the former medieval St. Hallvard's Cathedral, is the location of the largest current parish of the Roman Catholic Church in Norway. St. Hallvard's monastery and church in Oslo, designed by the architects Lund & Slaatto. It has three sections: the monastery, the parish section and the church, and they surround the central nave. The building is on three floors and is built of brick and concrete, both outside and inside where emerges with its raw surface. It is divided into three volumes enclosing a circular church room covered with red brics and concrete.

The church attracted much attention in academic circles when it was completed in 1966 and won several architectural awards. From the outside the building is square, stern and introspective. But in the heart of building where the church is located, it is circular and packed into the square monastery building. The roof of the church room hangs down and gives the lowest height where it is traditionally highest. St. Hallvard's Church is the Catholic parish church for eastern Oslo, and was run by the Franciscans until 1 September 2008.