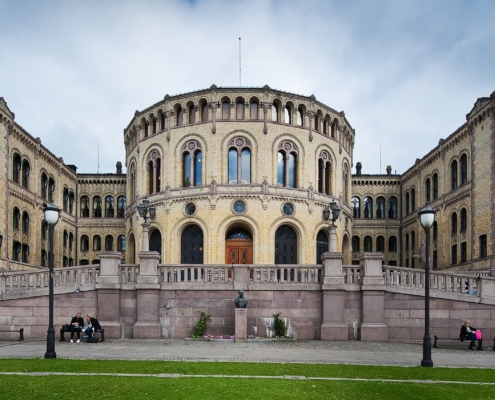 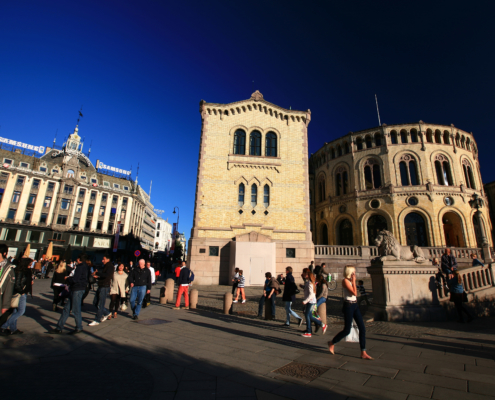 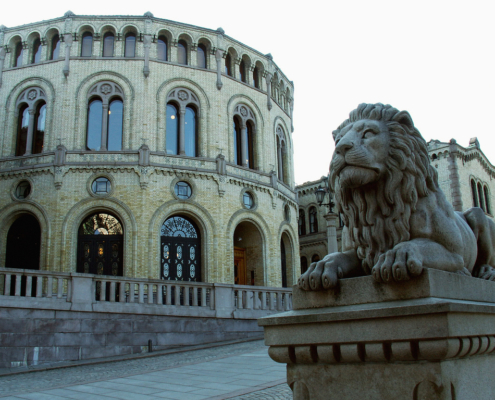 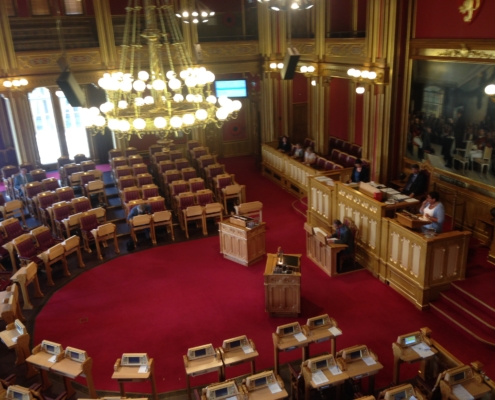 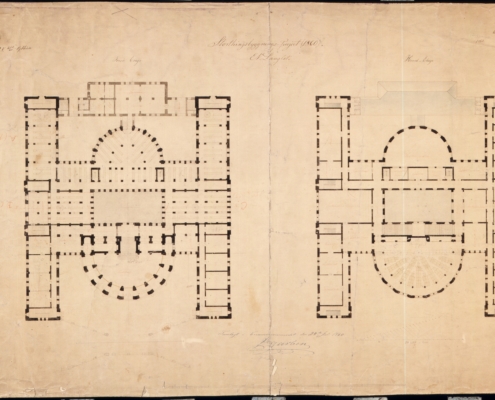 The Storting building (Norwegian: Stortingsbygningen) is the seat of the Storting, the parliament of Norway. The building is located at 22 Karl Johans gate in central Oslo, Norway. It was taken into use on 5 March 1866 and was designed by the Swedish architect Emil Victor Langlet.

A design competition was initiated in 1856, several proposals were made, and twelve of these have been preserved. The competition was won by the architects Heinrich Ernst Schirmer and Wilhelm von Hanno. However, the Storting decided to reject the proposal because it looked too much like a church. Instead, a proposal from the Swedish architect Emil Victor Langlet was chosen with 59 against 47 votes on 18 May 1860. Construction started on 3 August 1860, and the cornerstone was laid on 10 October 1861. The building cost 957,332 kr. The parliament moved in on 5 March 1866.

The building is built in yellow brick with details and basement in light gray granite. It is a combination of several styles, including inspirations from France and Italy. A characteristic feature of Stortingsbygningen is the way the plenary chamber is located in the semi-circular section in the front of the building, as opposed to the building's centre. The back side of the building mirrors the facade of the front, with the meeting chamber of the now-abolished Lagting legislative chamber. The interior of the building is also designed by Langlet.