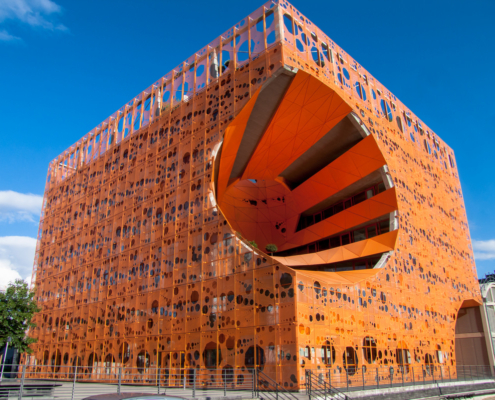 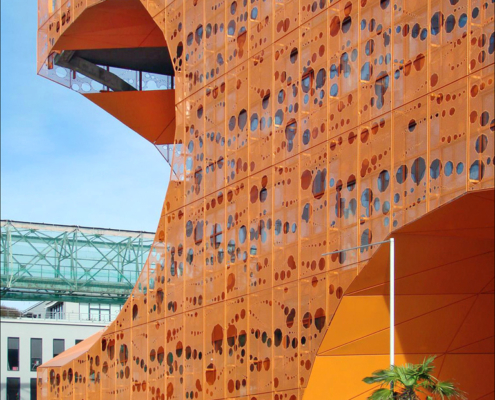 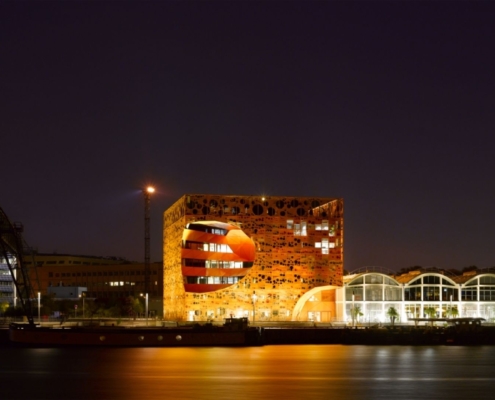 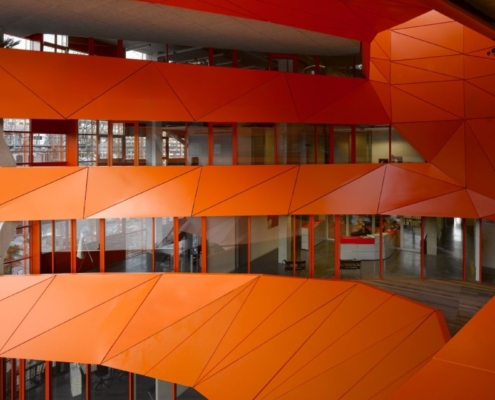 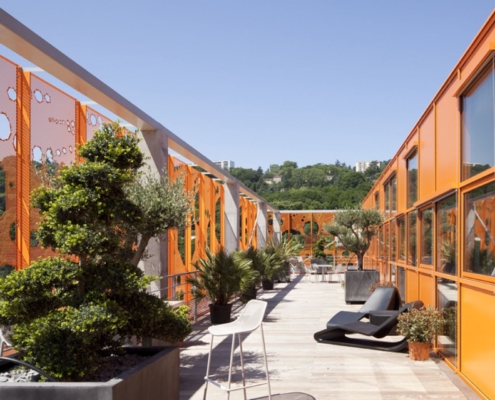 The ambition of the urban planning project for the old harbor zone, developed by VNF (Voies Naviguables de France) in partnership with Caisse des Dépôts and Sem Lyon Confluence, was to reinvest the docks of Lyon on the river side and its industrial patrimony, bringing together architecture and a cultural and commercial program. These docks, initially made of warehouses (la Sucrière, les Douanes, les Salins, la Capitainerie), cranes, functional elements bound to the river and its flow, mutate into a territory of experimentation in order to create a new landscape that is articulated towards the river and the surrounding hills.

The project is designed as a simple orthogonal « cube » into which a giant hole is carved, responding to necessities of light, air movement and views. This hole creates a void, piercing the building horizontally from the river side inwards and upwards through the roof terrace. The cube, next to the existing hall (the Salins building, made from three archs) highlights its autonomy. It is designed on a regular framework (29 x 33m) made of concrete pillars on 5 levels. A light façade, with seemingly random openings is completed by another façade, pierced with pixilated patterns that accompany the movement of the river. The orange color refers to lead paint, an industrial color often used for harbor zones.

In order to create the void, Jakob + MacFarlane worked with a series of volumetric perturbations, linked to the subtraction of three “conic” volumes disposed on three levels: the angle of the façade, the roof and the level of the entry. These perturbations generate spaces and relations between the building, its users, the site and the light supply, inside a common office program. The first perturbation is based on direct visual relation with the arched structure of the hall, its proximity and its buttress form. It allows to connect the two architectural elements and to create new space on a double height, protected inside the building.