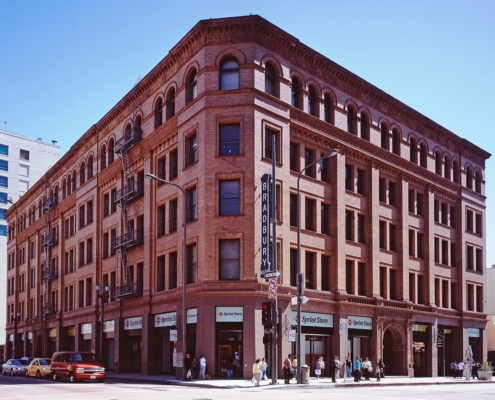 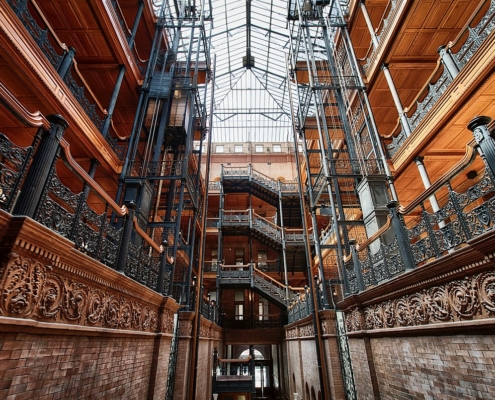 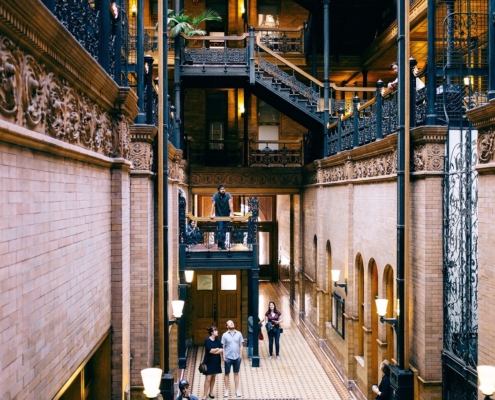 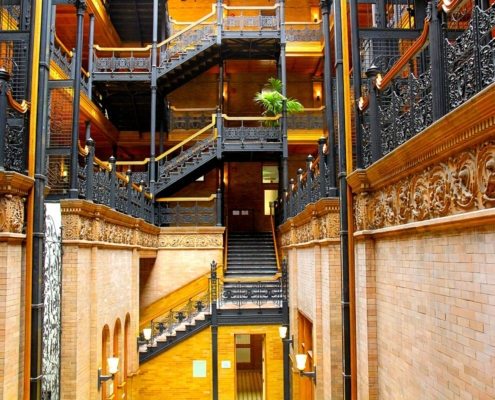 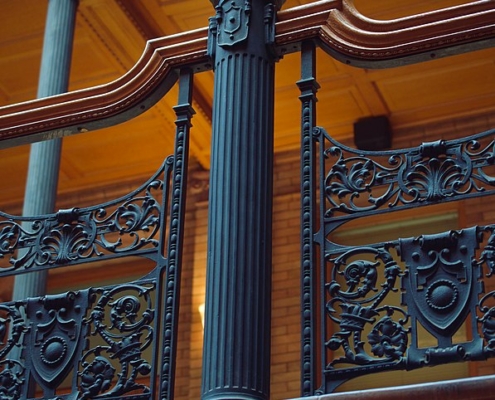 The Bradbury Building is the oldest commercial building remaining in Los Angeles’ central city. Behind its modest, mildly Romanesque exterior lies a magical light-filled Victorian court that rises almost fifty feet with open cage elevators, marble stairs, and ornate iron railings. The identity of the building’s final architect is a subject of debate. Lewis Bradbury, a mining and real estate millionaire, commissioned Sumner Hunt to create a spectacular office building. Hunt turned in completed designs but was replaced soon after by George H. Wyman, who supervised construction. According to Wyman’s daughters, he was asked to take over because Bradbury felt that Wyman could understand his vision for the building better than Hunt, although there is no evidence that Wyman changed the design. Wyman later designed other buildings in the Los Angeles area, but the Bradbury Building (if it was indeed designed by Wyman) is his only work of lasting significance. Sumner Hunt went on to design many other notable buildings, including the Southwest Museum. The building underwent complete restoration in the early 1990s as part of the Yellin Company’s Grand Central Square project.