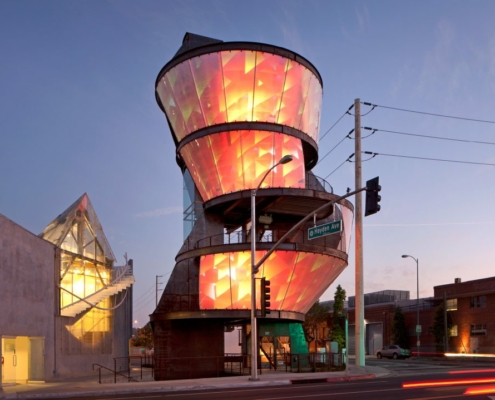 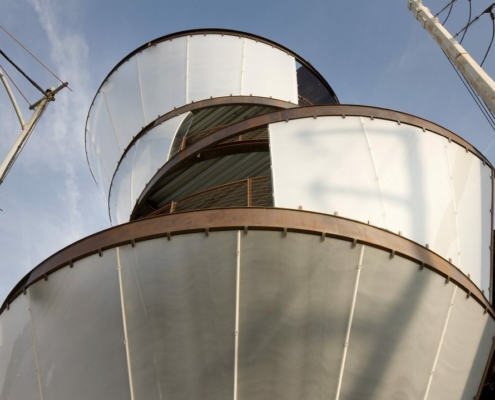 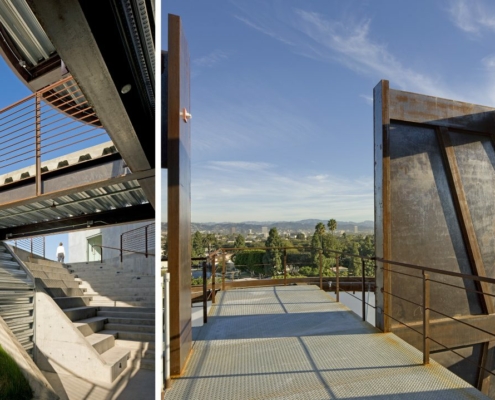 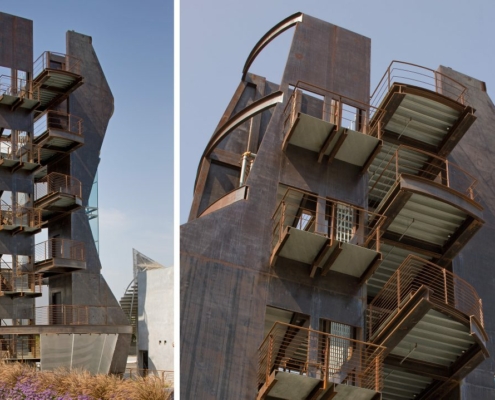 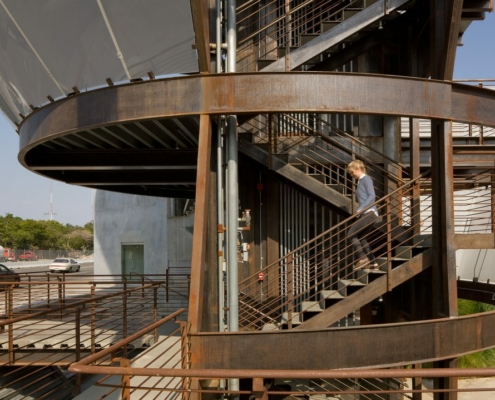 The project is an information tower, constructed at the corner of Hayden Avenue and National Boulevard immediately across from the new Expo light rail transit line arriving from downtown Los Angeles in June, 2011. That intersection is the primary entry point into the re-developed zone of Culver City. Conceptually, the tower has both introverted and extroverted planning objectives. Internal to the burgeoning site area of new media companies, graphic designers, and general office tenants, the tower will symbolize the advent of this important new urban development, provide a changing art display for local viewing, and offer a variety of graphic content and data on its five high- resolution rear projection screens concerning coming events and current achievements of the tenants who occupy that part of the city.

Externally, the tower displays culturally significant content and local event information, along with art and graphic presentations of all sorts available to in-car audiences who pass the site area, traveling on a number of local thoroughfares in the Culver City / West Los Angeles area. In addition to the large number of cars passing the site, the Expo Line has an estimated ridership of 30,000 passengers per day with two local stations several blocks east and west of the project site. The presence of the train riders guarantees an enormous daily audience of Tower art viewers, as well as an increase in pedestrians in the area, who will walk past the Tower from the train stops to local businesses."