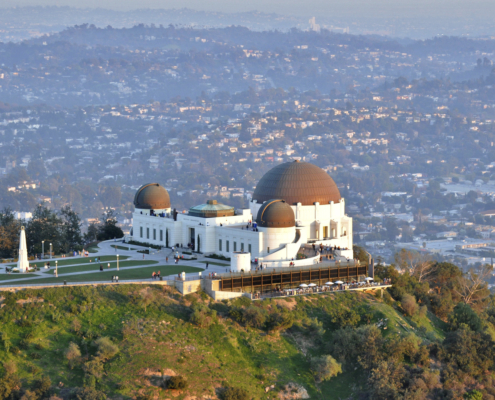 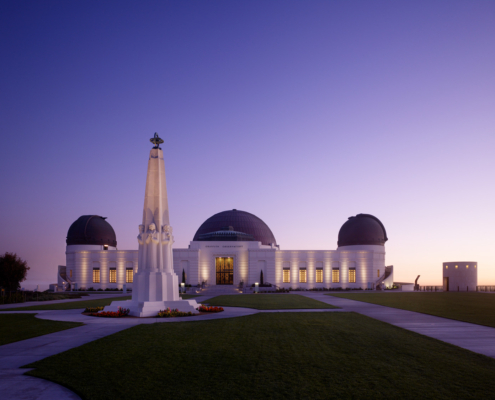 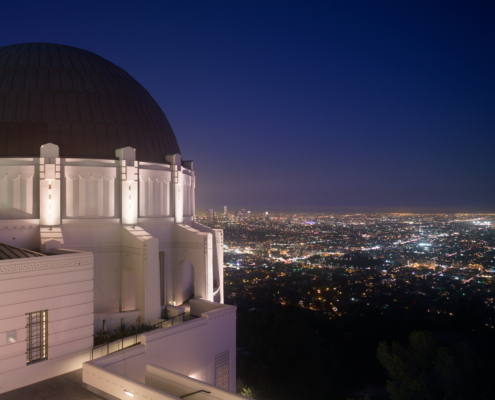 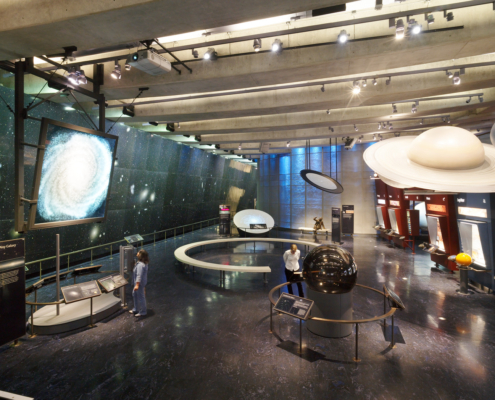 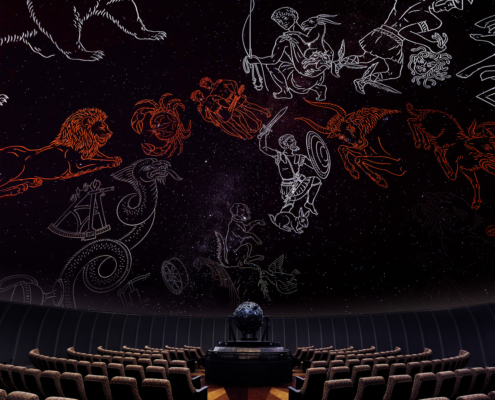 Griffith Observatory has long been one of Los Angeles’ most visible and beloved landmarks, hosting over 70 million visitors since opening its doors in 1935. However, after decades of heavy use, the building was badly in need of repairs and upgrades – both to its physical facilities as well as its exhibits. Working within the criteria of preserving the building’s appearance from the exterior, including retaining its expansive front lawn, our approach involved placing over 40,000 square feet of new exhibition space below grade, entirely removing and rebuilding the lawn to its original specifications. The only new elements visible on the building’s western exterior are a café and the Gottlieb Transit Corridor, an accurate astronomical instrument that tracks the transit of the sun along the terrestrial and celestial meridians throughout the year.