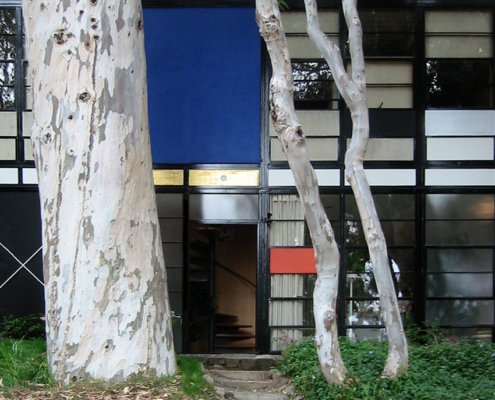 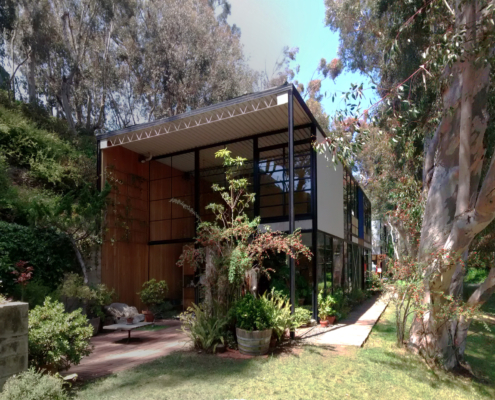 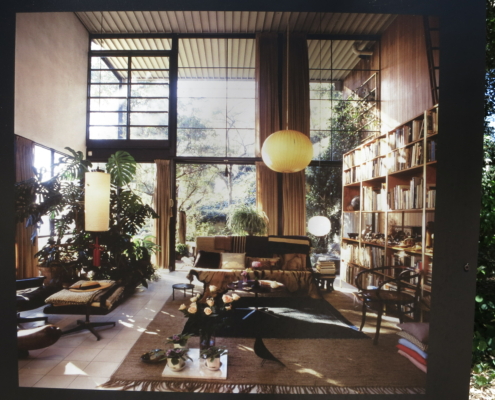 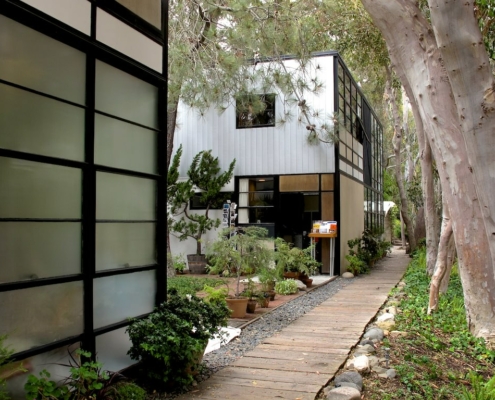 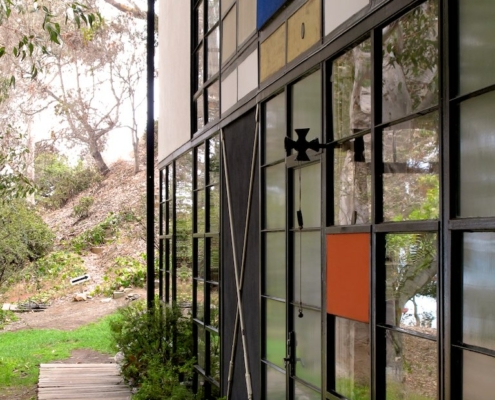 The Eames House, Case Study House 8, was one of roughly two dozen homes built as part of The Case Study House Program. These houses were to be built and furnished using materials and techniques derived from the experiences of the Second World War. Each home would be for a real or hypothetical client, taking into consideration each of the particular housing needs. Case Study House #8 proposed that the house be built for a married couple working in design and graphic arts, whose children were no longer living at home. The house would make no demands for itself, and would serve as a background for, as Charles said, “life in work,” with nature as a “shock absorber.” The first plan of the Eameses’ home, known as the Bridge House, was designed in 1945 by Charles and Eero Saarinen. The design used pre-fabricated materials ordered from industrial and commercial catalogs. The parts were ordered and the Bridge House design was published in the December 1945 issue of the magazine, however, due to a war-driven shortage, the steel did not arrive until late 1948. By then, according to Ray, she and Charles had “fallen in love with the meadow,” and felt that the site required a different solution.

Charles and Ray then set themselves a new problem: How to build a house that would not destroy the meadow and that would “maximize volume from minimal materials.” Using the same off-the-shelf parts, but notably ordering one extra steel beam, Charles and Ray reconfigured the house’s design into a double-story two-structure residence and studio. They integrated the new design into the landscape’s north-south hillside, rather than imposing the structure on it. Construction began in February of 1949, the foundation and steel frame was completed in 16 hours, and the remainder of the modular home was finished by December. The Eames House, now a historic landmark, is an iconographic structure visited by people from all across the world. Its charm and appeal are perhaps best explained by Case Study House founder, John Entenza, who felt that the Eames House “represented an attempt to state an idea rather than a fixed architectural pattern.”"