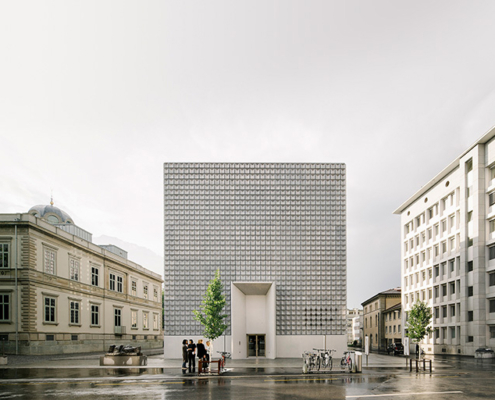 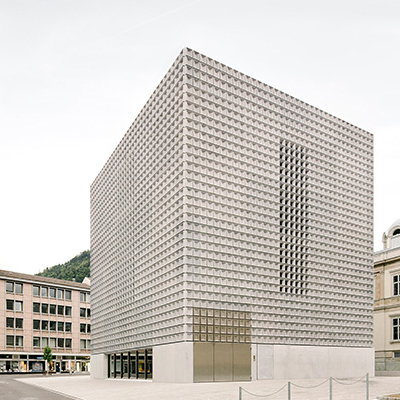 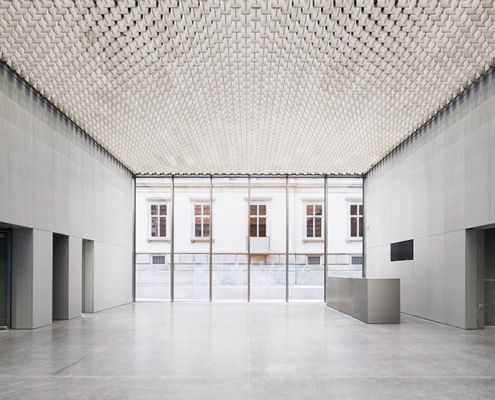 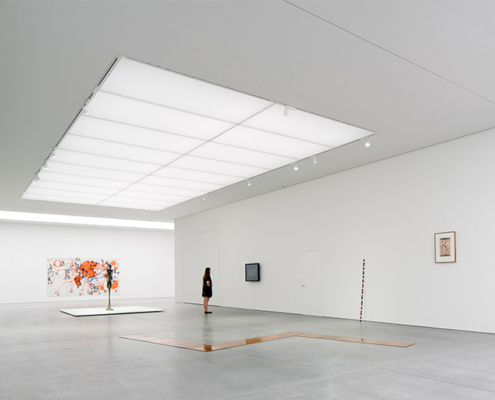 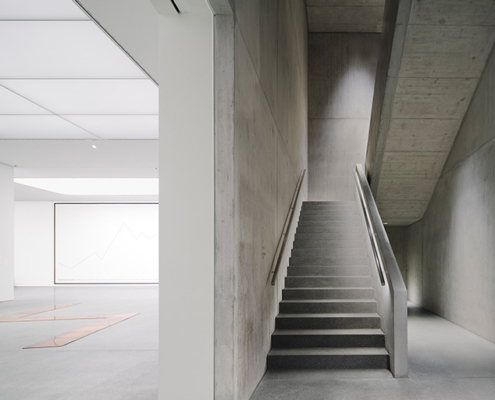 This programmatic reversal consists of situating the exhibition spaces below ground level, in such a way that the emerging volume, above street level, contains only the public access spaces. The volume’s reduced footprint makes it possible to extend the existing garden and improves the cohesion of the ensemble. The extension is understood as an autonomous building, independent from the historical building, even though the design’s main efforts are aimed at reinterpreting those concepts that allow an architectural dialogue to be established between the two buildings in a clear and coherent relationship that is a continuum between the Villa Planta and its extension. This dialogue between the new and the old buildings is based upon the equilibrium that exists between their classical structures, a clear reference to the Palladian in uence in Villa Planta, and to its ornamentation. As for their spatial organization, both buildings present a central symmetrical plan and both use geometry as a tool for cohesion. In the extension, this classical configuration also makes it possible to simplify the structural system and to organize the exhibition halls on the lower levels. As for the ornamentation system, the Villa Planta’s ornaments speak of the Oriental in uences of its origins, while in the extension, the compositional system of the facades reinforces its expressivity and autonomy with respect to the Villa. Each building displays its own identity, based on common principles (structure and ornament), to reinforce the idea of a whole. The process of the purging of super uous elements which began with the designs for Piloña and Lausanne reaches a point of maturity in the Bündner Museum. Here, the design strips away everything that is not structure, construction and programmatic division, all united in a single whole.