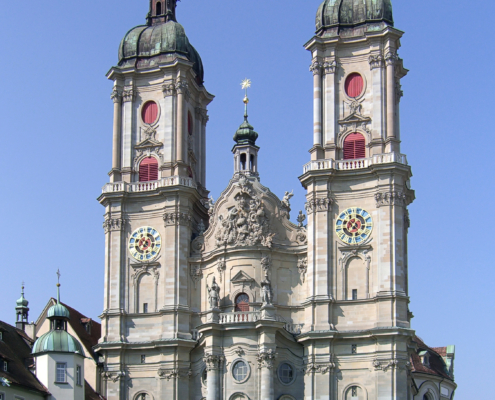 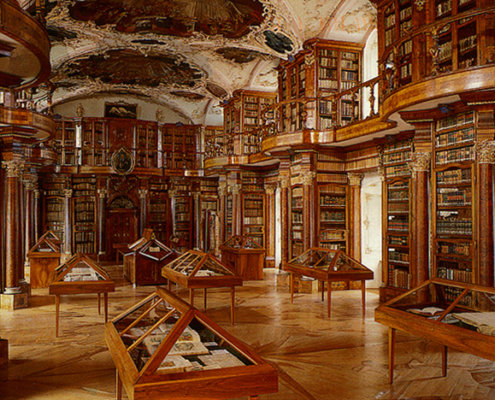 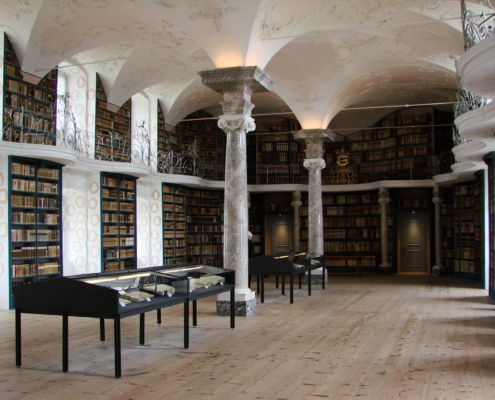 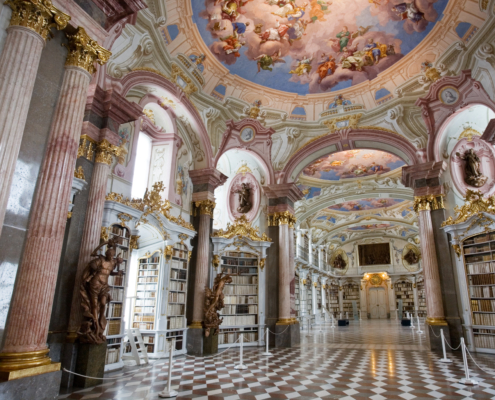 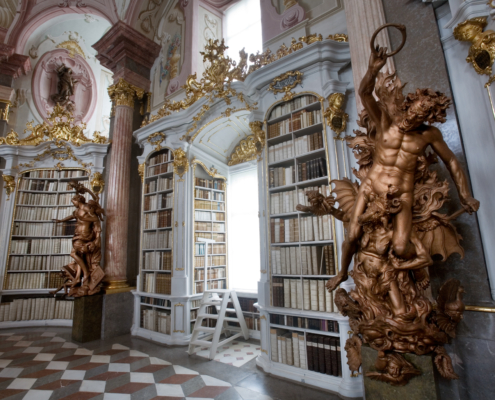 According to the Abbey of Saint Gall’s website (Abtei St. Gallen in German), the earliest evidence of a library collection on the site dates back to around 820 CE, in plans that show a library attached to the main church. The Abbey is said to have followed the Rule of St. Benedict, a portion of which prescribes the study of literature, should a library available, so it is no wonder that the abbey itself would have been built with one. As the abbey grew over the years, so did its library, and soon the site became known for its collection of illuminated manuscripts and writings, as well as a leading center for science and Western culture around the 10th century. In the mid-18th century, the world-renowned collection was moved to a new library space which was lavishly decorated in a Baroque rococo style. Elaborate artworks were installed in the ceiling which were framed by flowing, curved moldings, giving the space a timeless and fantastical aspect. The wooden balconies are shaped into flowering shapes and designs. Oh, and also the books the historic collection was also on display if you could look past the surroundings to pay attention to them. Today the library at St. Gall is still considered nearly unrivaled in its beauty. It also now holds one of the more important collections in the world, covering 12 centuries of non-stop collecting. The collection even includes the first example of a architectural plan on parchment. But take your nose out of that book and revel in one of the most stunning libraries ever.