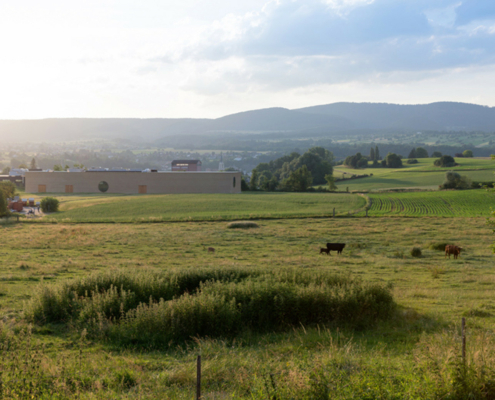 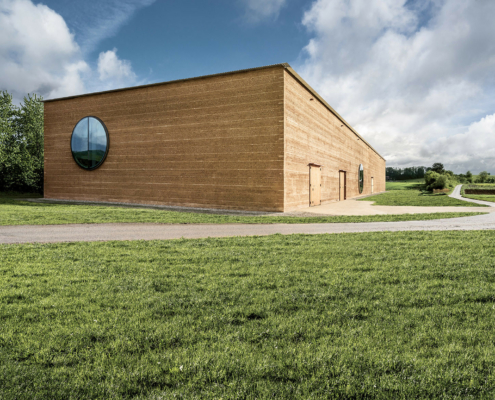 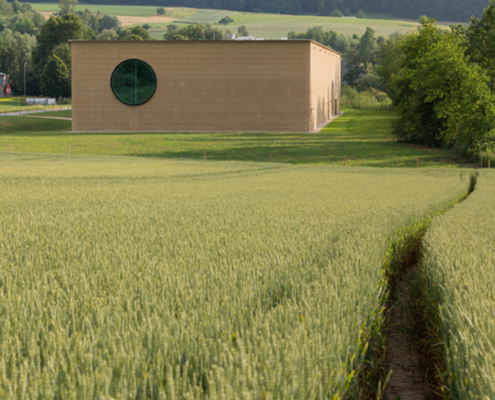 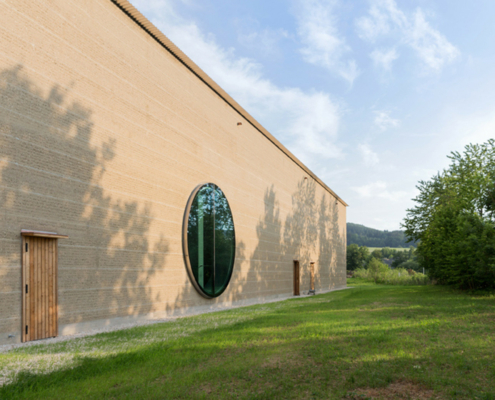 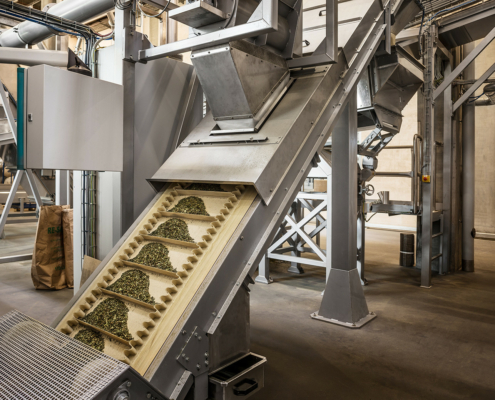 The new Kräuterzentrum (herb center) is situated like an erratic block in the midst of a landscape dotted with conventional industrial buildings. Its elongated shape echoes the pathways and the hedges that have long been a distinctive feature of this area. The length of the building also reflects the steps involved in the industrial processing of herbs, from drying and cutting to blending and storing. The new processing plant enables Ricola to integrate these important steps in the company's own in-house production. The Kräuterzentrum is built largely out of locally sourced earth; it is like a geometrical segment of landscape with its dimensions and archaic impact heightened by the radical choice of material. Herbs and earth define the purpose-built, distinctive character of the center, following in the footsteps of Ricola‘s other buildings: the fully automated storage building of 1987, the production and storage building of 1993 in Mulhouse-Brunstatt with its screenprint façade and the glazed marketing headquarters of 1999 in Laufen. The delivery entrance and warehouse sections of the herb center’s façade are monolithic, with the loam walls visible in the interior as well. The prefabricated earth elements are manufactured in a nearby factory out of ingredients extracted from local quarries and mines. Clay, marl and material excavated on site are mixed and compacted in a formwork and then layered in blocks to build the walls. Thanks to the plasticity of the loam, the seams can be retouched giving the overall structure a homogeneous appearance. To arrest erosion caused by wind and rain, a trass mortar achieved mixing volcanic tuff (trass) with lime, is compacted every 8 layers of earth directly in the formwork. Large round windows illuminate the rooms. The façade is self-supporting and simply linked to the concrete loadbearing structure of the interior.