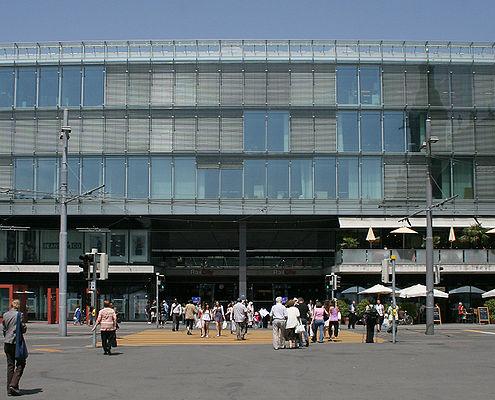 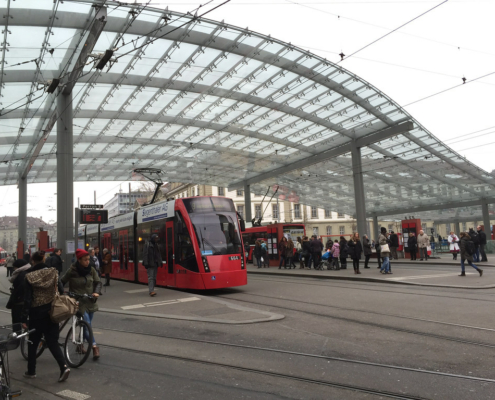 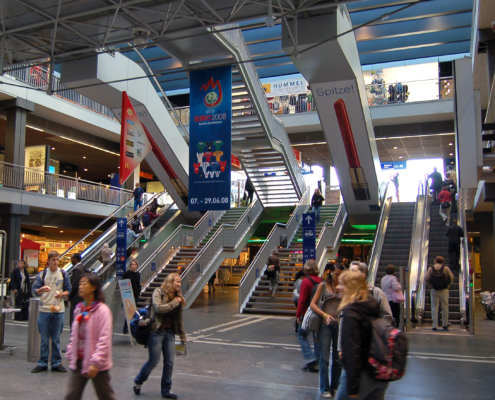 Bern railway station serves the municipality of Bern, the capital city of Switzerland. Opened progressively between 1858 and 1860, and rebuilt several times since then, it lies on the Olten–Bern and the Lausanne–Bern lines and is near the end of the Lötschberg line. Bern is the nearest station to the University of Bern in the Länggasse quarter. There is a rooftop terrace on top of the station, accessed by lift from the subway by Platforms 12 and 13, with views over the city and to the Bernese Alps. Between 1999 and 2003, the station was renovated and partially redesigned. Presently, the site contains Rail City, a shopping center open for longer opening hours than most other shops in the city, and also on Sundays and public holidays. Amid projections of dramatically increasing passenger numbers, plans for a major expansion and development of Bern Station, largely focusing upon new underground areas, were mooted during the 2010s. Swiss Federal Railways, Regional Bern-Solothurn, and the city of Bern are the key backers behind this development. On 26 June 2017, authorisation to proceed with the planned station expansion was issued and construction activity commenced during the following month. The renovated station is expected to be completed by the end of 2025.

Museum of Art, Architecture and Technology Scroll to top