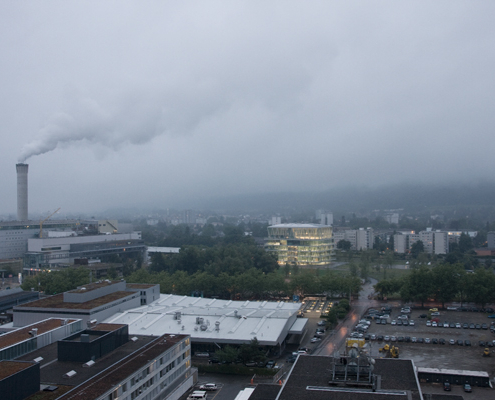 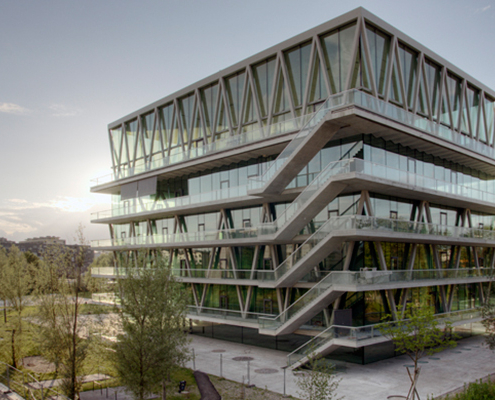 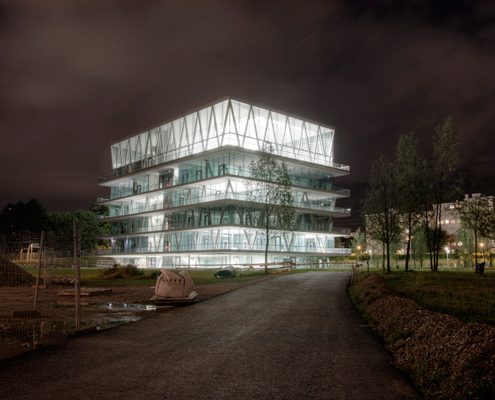 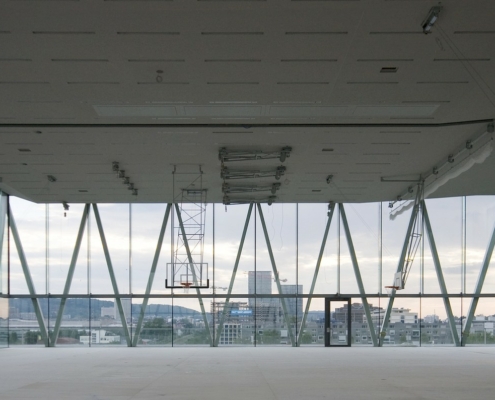 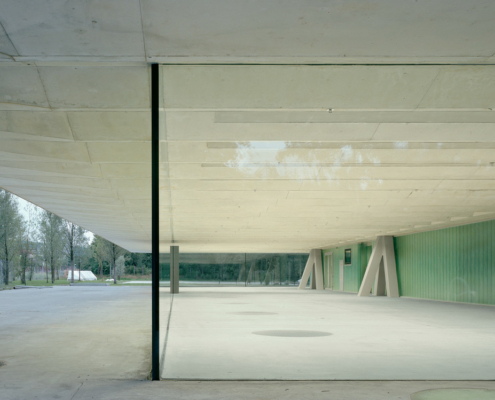 The classrooms of Schule Leutschenbach are housed in a three-story steel-framed structure; the gymnasium, of approximately the same height, is surrounded by a continuous frame structure resembling that of the classroom block. The entire façade area of the classroom block hangs from the projecting frame structure of the floor, and forms a roof extending more than ten meters out over the playground. The school building has no hallways: all the classrooms open on to large recreational areas that can also be used for teaching activities. The large double stairway divides the primary school from the secondary school and is likewise incorporated into this recreational-and-classroom area. On the fifth floor, the two stairways running in opposite directions meet at a large foyer which provides access to all the public areas, such as the auditorium and library. The gymnasium, the largest and highest space, crowns the whole building. The rooms, stacked above one another, vary in size and height. They constitute variations on the same overall spatial and architectural concept.