National Center for the Performing Arts 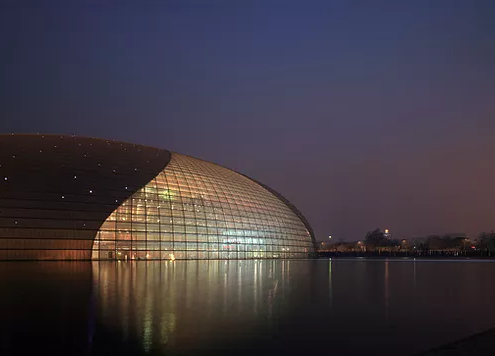 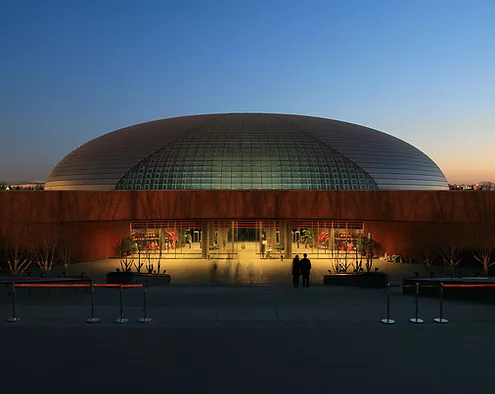 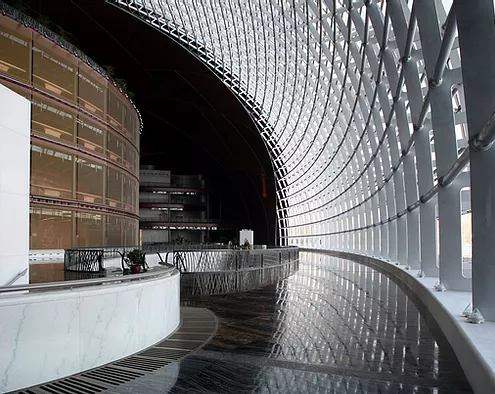 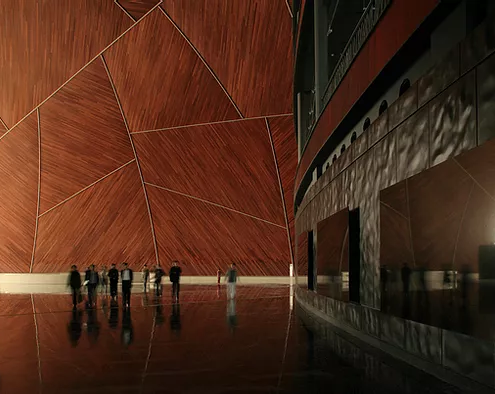 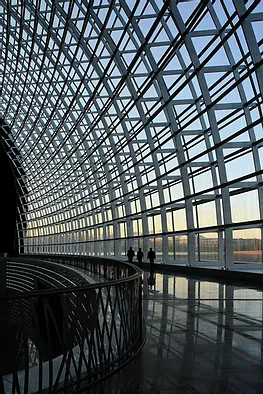 The project is located in the heart of Beijing, along Chang'An Avenue, next to the People's Assembly, about 500 meters from Tien An Men Square and the Forbidden City. It is a building with a total area of ​​149,500 m2 whose curved volume emerges like an island in the middle of a lake. The titanium-covered shell is a super-ellipsoid with 213 m long axis, 144 m short axis and 46 m high. A curved canopy 100 m wide at the base cuts the hull in two. During the day, it illuminates the interior of the building. At night, it will reveal its contents. It houses three performance halls, a 2,416-seat opera house, a 2017-seat concert hall and a 1,040-seat theater, as well as creation and exhibition spaces for the public, widely open to the city."

The Forbidden City Scroll to top