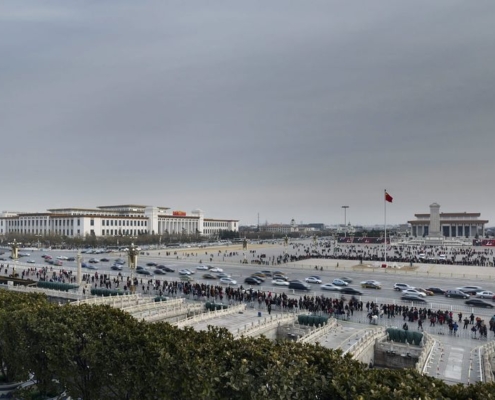 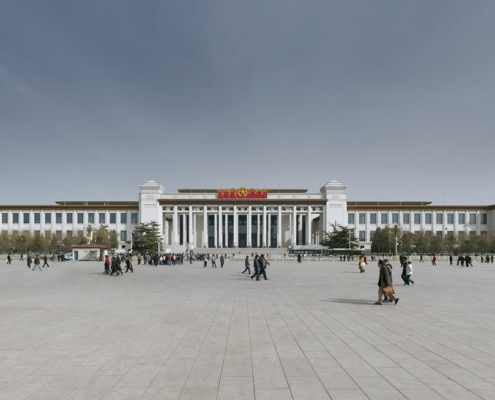 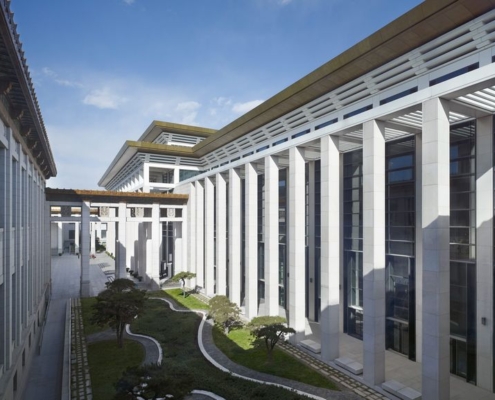 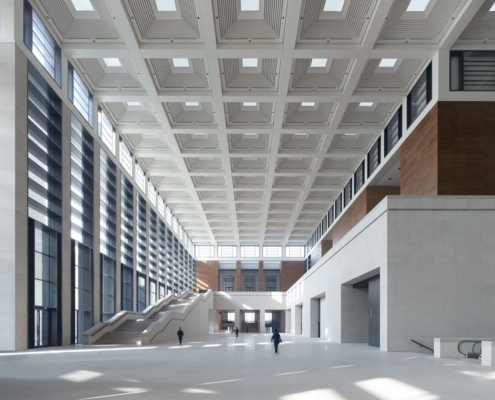 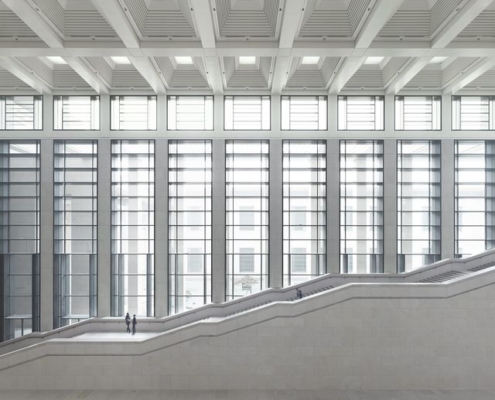 The conversion and extension of the National Museum of China combines the former Chinese History Museum with the Chinese Revolutionary Museum. The building—which is one of ten important public buildings and was completed at Tiananmen Square in the direct vicinity of the Forbidden City in 1959—to this day marks an important milestone in more recent Chinese architectural history: elements of Chinese building tradition coexist with neo-classical, western architectural patterns.

The building owners invited eleven international architectural practices to a competition for the conversion and extension of this building, which was won by Architects von Gerkan, Marg and Partners in cooperation with the practice of CABR in Beijing.

In dialog with the client, the design concept was revised with the objective of matching the new museum harmoniously with the exterior of the old structure—and yet creating a clear distinction between the old and the new. For example, the staggered roof shapes of the buildings at the Square of the Heavenly Peace and in the Forbidden City were continued in the new building, albeit with different details and materials. In the same way, the colonnades and fenestration that are typical for the existing building have been translated into a contemporary pattern language.

The 192,000 m2 National Museum is the world’s largest museum and aims to showcase the history and art of one of the oldest cultures of mankind.