The Temple of Heaven 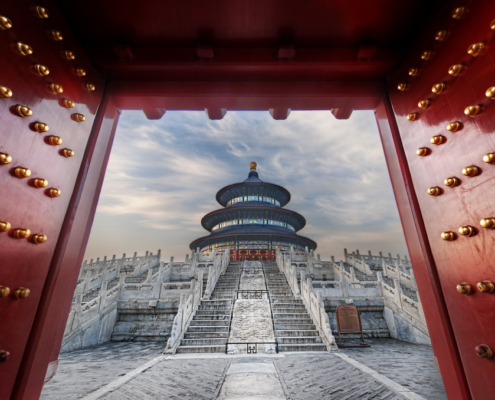 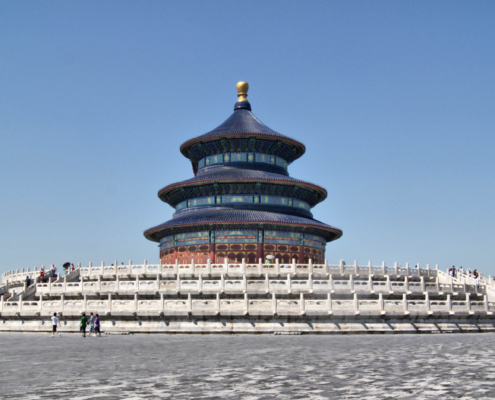 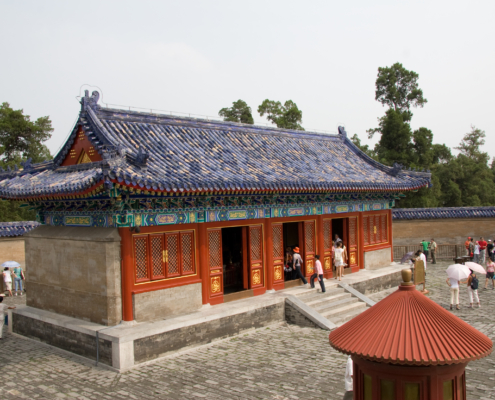 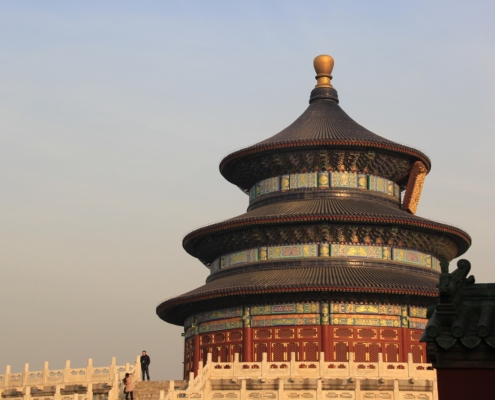 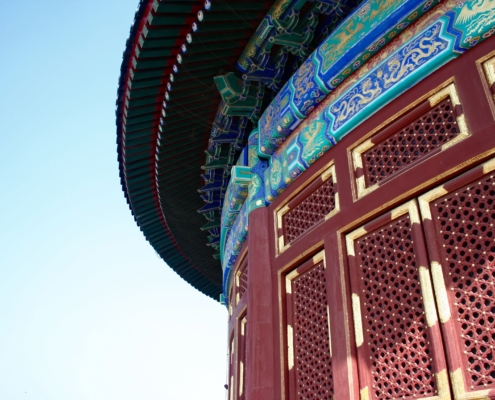 The Temple of Heaven is a place where the emperors of the Ming and Qing Dynasties "sacrifice to the sky" and "pray for the valley". The altar area is round in the north and square in the south, meaning "a place with a round sky". Surrounded by two altar walls, the whole altar is divided into two parts, the inner altar and the outer altar. The total area is 273 hectares. The main buildings are concentrated in the inner altar.

The inner altar is divided into north and south parts by walls. The north is the "Praying Valley Altar", which is used to pray for good harvest in spring, and the center building is the Hall of Praying for Good Harvests. To the south is the "Wuqiu Altar", which is specially used to worship the sky on the "Winter Solstice". The center building is a huge round stone platform named "Wuqiu". The two altars are connected by a 360-meter-long corridor-Danbi Bridge, which is above the ground. Together they form a 1,200-meter-long axis of the Temple of Heaven, with large areas of Gubelin on both sides.

There is a "zhai palace" on the south side of Xitianmen, which is the residence of the former emperor's fast. The Western Outer Altar has a "Sacred Music Department" in charge of the teaching and performance of sacrificial music and dance. The main buildings in the altar include the Hall of Prayer for Good Harvests, the Hall of Emperors, the Palace of Emperor Qiu, the Imperial Palace, the Palace of the Palace, the Hall of No Beams, the Long Corridor, the Shuanghuan Longevity Pavilion, etc., as well as the Echo Wall, the Three-tone Stone, and the Seven-Star Stone.

The Temple of Heaven was built in the eighteenth year of Ming and Yongle (1420), and was added and rebuilt during the Ming, Jiajing, Qing and Qianlong dynasties. The building is magnificent, and the environment is solemn. After the founding of the People's Republic of China, the state invested a lot of money in the protection and maintenance of the cultural relics of the Temple of Heaven. With its profound cultural connotations and magnificent architectural style, the vicissitudes of the Temple of Heaven has become a portrayal of ancient Eastern civilization.

The Temple of Heaven is a collection of Ming and Qing architectural skills. It is a treasure of ancient Chinese architecture and the largest building complex in the world. In 1961, the State Council announced the Temple of Heaven as a "National Key Cultural Relics Protection Unit". In 1998, it was recognized as "World Cultural Heritage" by UNESCO.