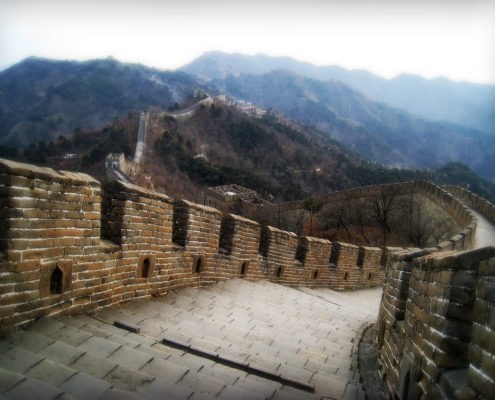 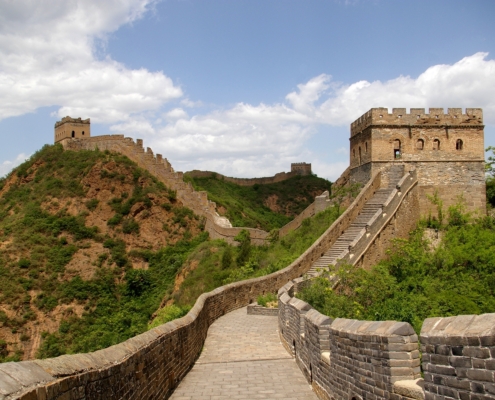 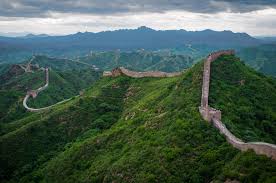 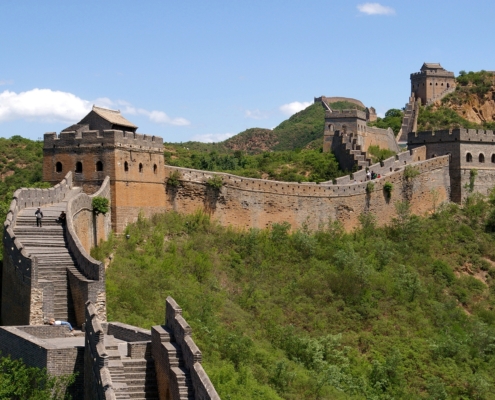 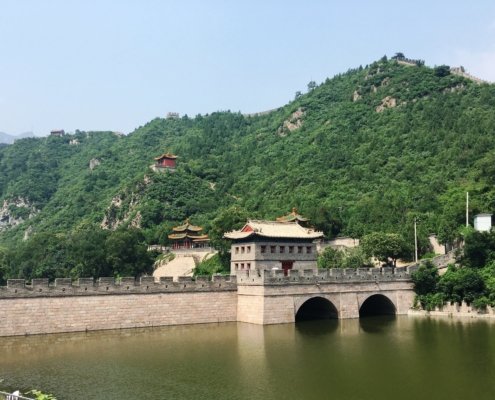 The Mutianyu Great Wall is located in Mutianyu Village in Huairou district, with Gubeikou to the east and Huanghuacheng and Badaling to the west. It’s also not far from Juyong Pass, Zijing Pass, Daoma Pass. As the poem goes, "west of Bohai fairyland, east of purple and green Juyong”, so the steep and towering terrain makes it possible to preserve Mutianyu as the most well-kept and typical portion of the Great Wall which dates back to the Ming Dynasty. It was also a great military barrier and protection for the capital and Imperial Tombs, thus it has been a hotly contested spot since ancient times.

The Mutianyu Great Wall has a long history and splendid culture, which is 70 kilometers away from Beijing City. As one of the famous spots of the Great Wall, the Mutianyu Great Wall is the essence of the Great Wall of the Ming dynasty. It has its own unique architectural style. Zhengguantai is very rare because there’re three watchtowers erected at one fortress. There are several sections in the northwestern part, known as the "cow horns edge", "arrow" and "Eagles flying face up", which are steep, towering, and undulating, resembling a soaring dragon soar. In spring, flowers bloom; in summer, mountains are covered with green with spring water running underneath; in autumn, red leaves cover the whole mountain range, with fruits on trees; in winter, snow falls and it’s a pure white world, thus gaining its reputation of being the best part of the Great Wall at home and abroad.

The Mutianyu Great Wall has four distinct seasons, and tourism activities can be carried out all year round. With ranges of mountains surrounded, the vegetation coverage rate has reached more than 96%, and the annual average temperature is 11.9 degrees Celsius. The warm and humid climate helps keep an abundant vegetation coverage, so the part of the Great Wall is nestled in the green mountains and rivers. The ancient atmosphere and the beauty of nature is well blended into one harmonious whole, leading to the reputation of “the unique beauty of the Mutianyu Great Wall among the ten thousand li Great Wall”. There are over a thousand old trees of more than a hundred years old.