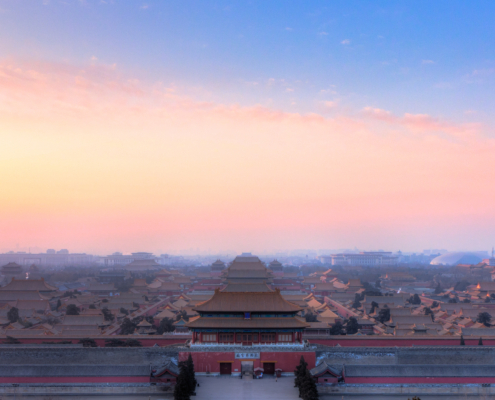 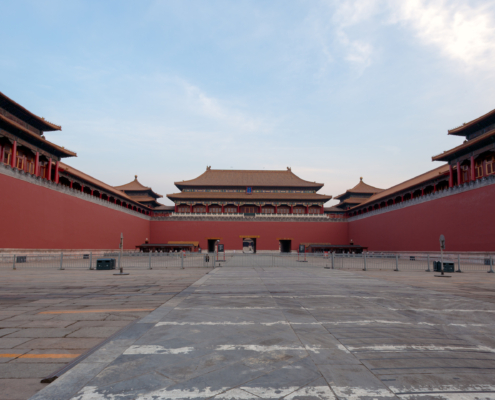 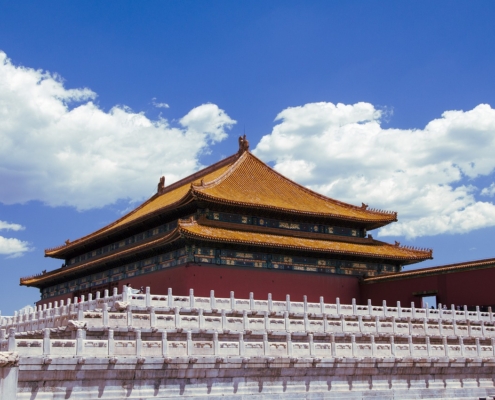 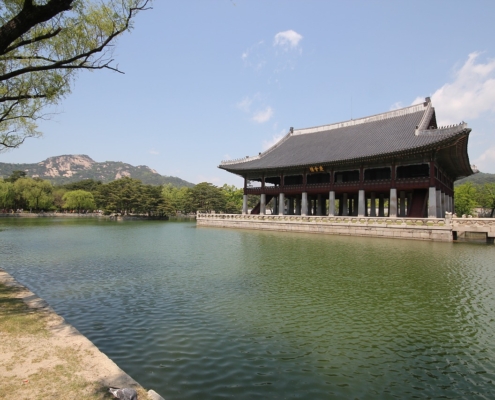 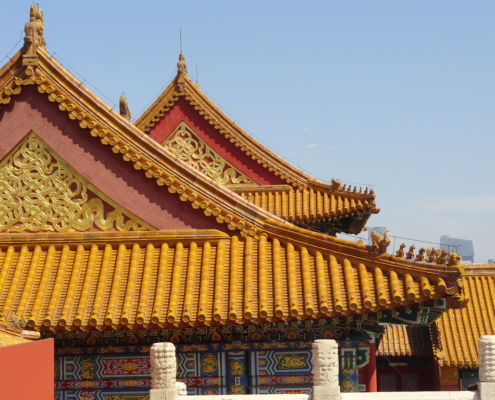 As the heart of Imperial China from 1421 until 1912, the Forbidden City—a palatial complex in the center of Beijing—represented the divine authority of the Emperors of China for over five hundred years. Built by the Ming Emperor Zhu Di as the centerpiece of his ideal capital city, the palace would host twenty-four different emperors and two dynasties over the course of its history. At the heart of the Imperial City, surrounded by a moat and a third set of walls, lay the Forbidden City itself.

As its name implies, the Forbidden City was closed to all but a select few. Its Outer Court, occupying the southern portion of the palace complex, was used for public audiences and ceremonies and comprises expansive courtyards and monumental pavilions designed to intimidate those who could enter. To the north lay the Inner Court, which housed the residences of the royal family, their servants, and the Emperor himself. The complex, like all of Beijing, was aligned to the points of the compass, with gates at all four cardinal points. As such, the most important structures of the Forbidden City were situated on a north-south axis that ran from the city’s southern entrance.

While scale alone is not the only indication of power in the Forbidden City, the unique height and breadth of structures stood as unmistakable symbols of authority. The form of the roofs—with one horizontal and four sloping ridges, and two eaves—were traditionally reserved for the most important imperial buildings. The form was further accentuated by lustrous yellow tiles . At the time of the Forbidden City’s initial construction, a viewer standing atop the Dragon Pavement would have seen nothing but the marble of the courtyard, the rusty red clay of the walls, the golden tiles of the palace rooftops, and the expanse of the sky above.

The Forbidden City outlasted not only the Ming and Qing Dynasties, but Imperial China more widely. Its elaborate, symmetrical arrangement of courtyards, gardens, and pavilions stands as the largest and most elaborate example of ancient Chinese urban ideals, and both its architecture and the thousands of relics housed within showcase the variegated cultural history of China and its neighbors. No longer forbidden, the Forbidden City is a silent monument to a bygone age of imperial splendor – a time when the world was thought to revolve around its faded red walls and golden rooftops.