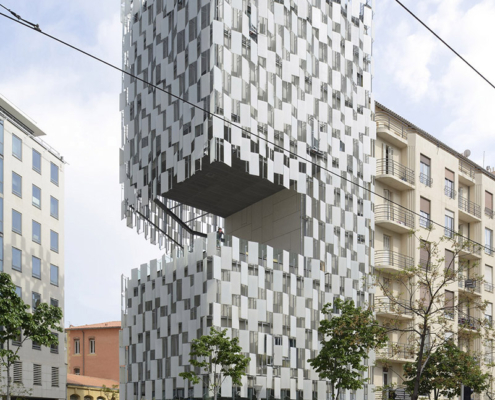 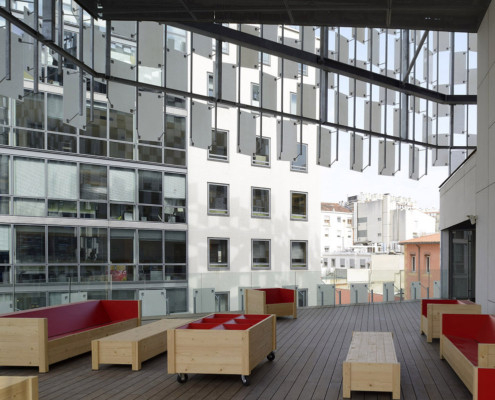 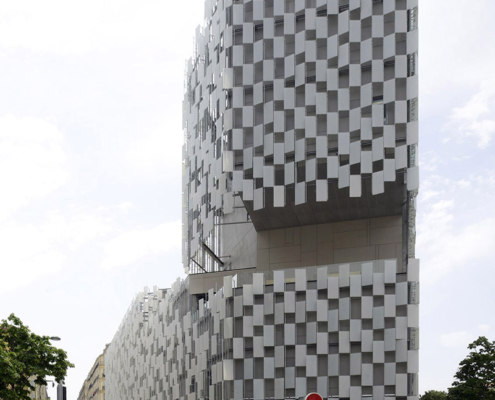 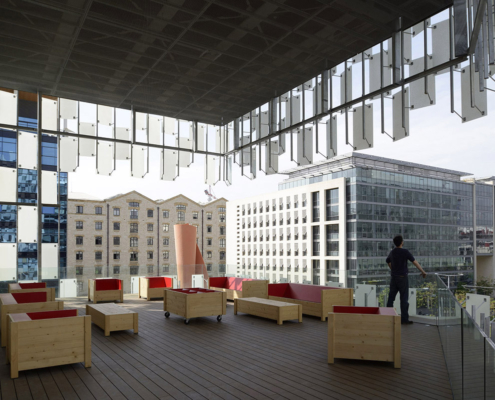 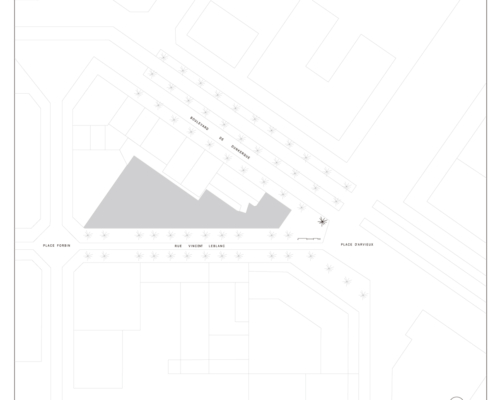 Located in the waterfront district of Marseille, the site has a characteristic triangular shape that is surrounded by two roads. Rather than have box-shaped display space that is closed off from the outside, we implemented a plan with display space where the building allows the streets to take on a three-dimensional shape and the three-dimensional streets are the display space. This represented an attempt to create communal corridors or alleys in the same manner as in the Unité d’habitation (1952) designed by Le Corbusier. We adopted a new concept of using spiral corridors as a three-dimensional expression of alleys. An open-air terrace in provided in one corner and the sides that face the streets, and the terrace itself was positioned as multi-purpose space that is used for the production of outdoor art, as display space and for a variety of gatherings and parties. Enamel glass was used to cover the façade with shapes that look like a collection of particles in order to create a soft appearance. The enamel glass panels are all mounted at a slightly different angle, dispersing the strong light of the Mediterranean into fine particles. Le Corbusier attempted to solve the problem of light with Brise soleil by deflecting sunlight, but we attempted to solve this problem by using particles (panels). Creating an “Art museum without walls” is an idea that was proposed by André Malraux in 1947, and we attempted to add to this concept by using an “ambiguous façade”.