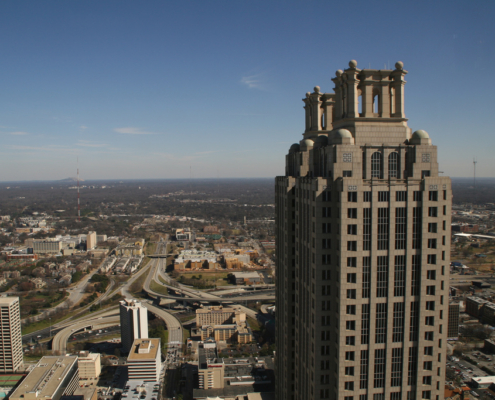 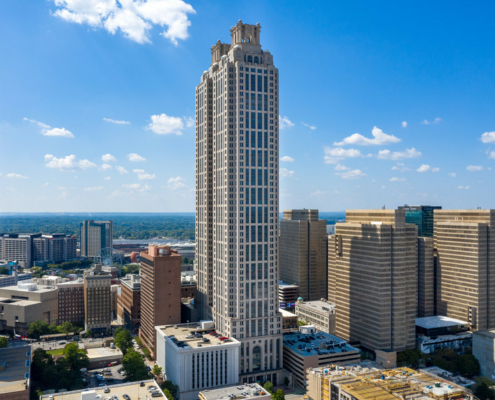 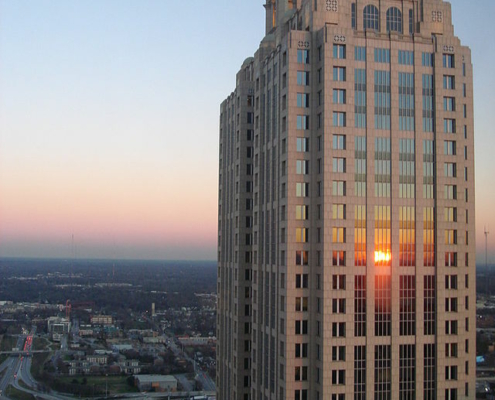 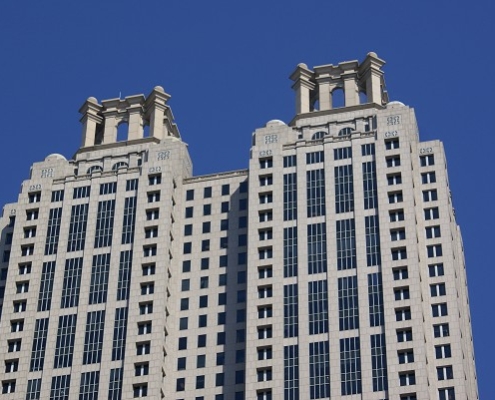 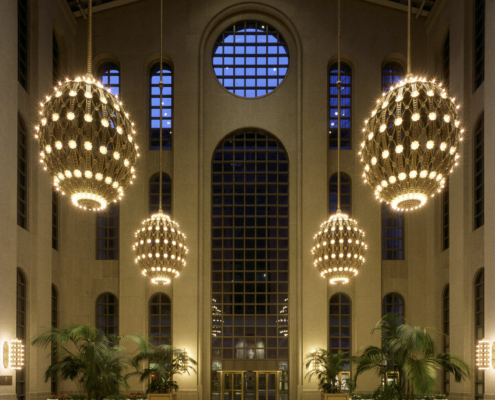 One Ninety One Peachtree Tower is a 235 m, 50-story skyscraper in Atlanta, Georgia. Designed by Johnson/Burgee Architects and Kendall/Heaton Associates Inc, the building was completed in 1990 and is the fourth tallest in the city, winning the BOMA Building of the Year Awards the next year, repeating in 1998 and 2003. Throughout the 1990s 191 Peachtree was considered Atlanta's premier business address. The building is located on the former site of the Hotel Majestic, which in the early 20th century was one of the city's major hotels. The building was originally proposed in July 1987 at 48 floors. The building's facade is made of flame finished Rosa Dante granite and the windows are made of gray tinted glass. Each ""tower"" possesses a rooftop crown that is illuminated at night. The lighted double crown figured prominently in night footage taken by helicopter during the 1996 Olympics. The primary entrance to the building is through a soaring 102-foot tall atrium adjacent to Peachtree Street in Downtown Atlanta.

Information provided in part by: Revolvy