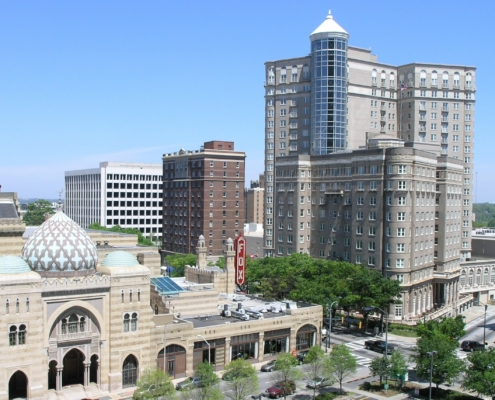 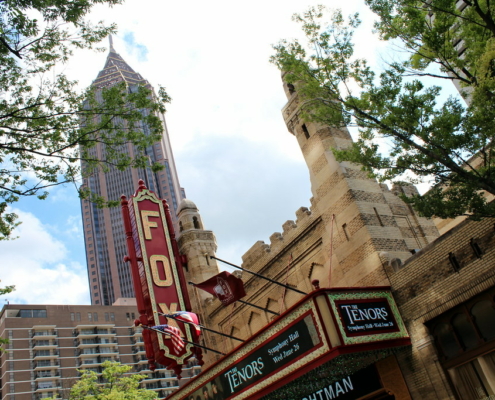 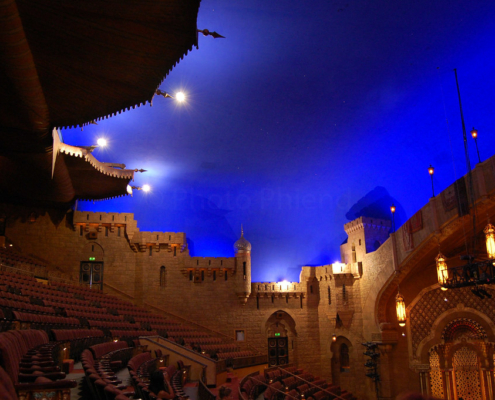 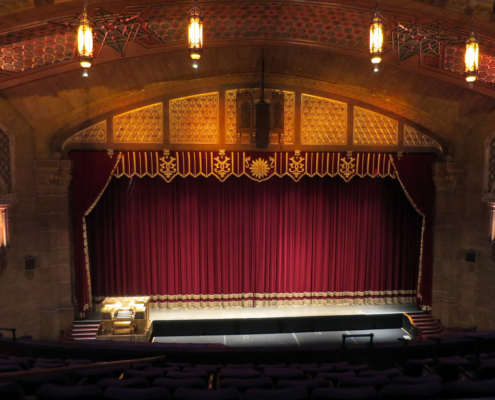 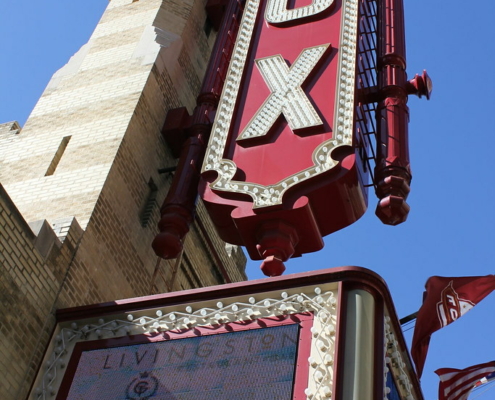 The Fox Theatre is an inspirational piece of architecture. After catching a glimpse of the detailed brickwork including corbels, arches and horizontal banding at the facade along Ponce de Leon, the real draw comes as you step beneath the marquee. The arcade lobby envelopes you like outstretched arms, inviting you to come inside. This transitional space also allows the life inside the Fox to flow back into the street. It creates what is perhaps one of the most vibrant sections of Peachtree Street. Nowhere else in Atlanta can a single step off the sidewalk transport a person from her everyday world to a time most Atlantans have only seen in black and white photographs. The state capital, Underground Atlanta, The Margaret Mitchell House, are distinctly contemporary in function and feeling, but the Fox Theater is still the same Fox Theater of today. This fanciful tribute to Arabian architectural detailing was born completely out of the imagination of an architect who had never been to Egypt or the Middle East, but instead pored over library books to understand the detailed structures of these far off lands. Every facet of the interior, from the proscenium to the furniture and the exit signs, was designed to fit into the overall architectural theme. That The Fox continues to entertain audiences night after night for 86 years is a testament to the work of craftsmen. In an age where nuance and detail are sacrificed for speed and cost, the Fox stands to remind us that there are still those men and women, skilled with their hands and tools, committed to exacting intricate details to make something that exists nowhere else on earth. The architecture of the Fox stirs memories and emotions in people that other buildings in the city do not and have not. With the help of more than 7,000 donors, Atlanta Landmarks reached their goal, and still runs and maintains the Fox, which is now a National Historic Landmark.