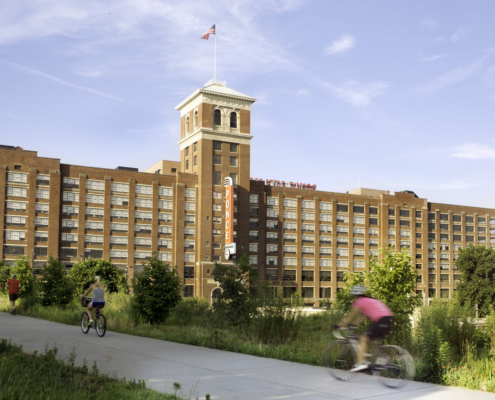 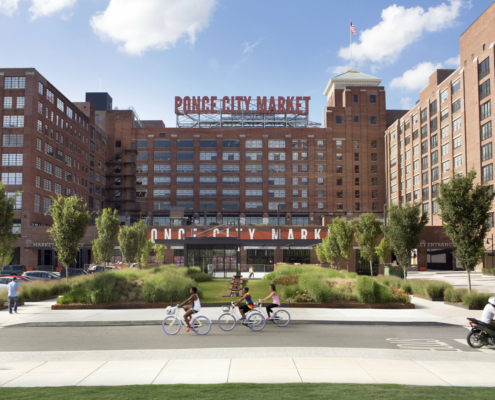 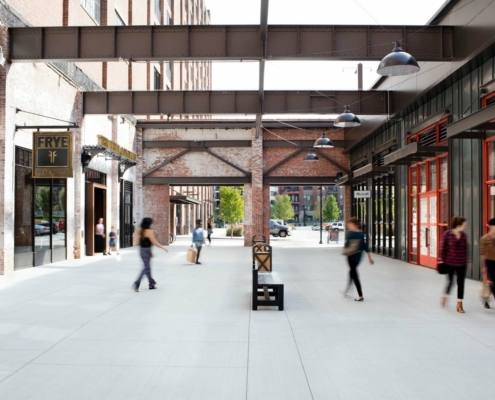 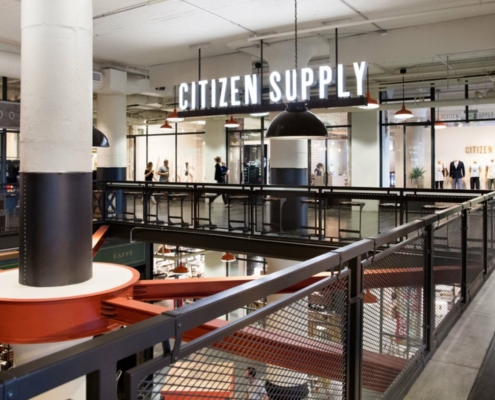 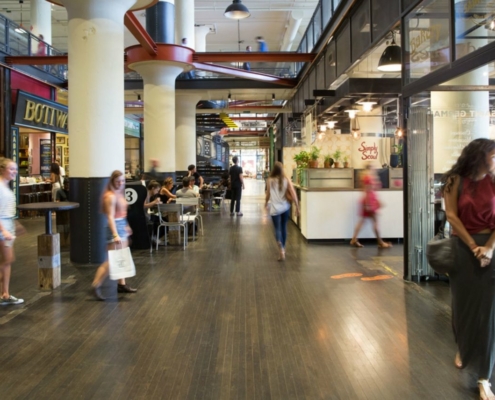 Atlanta’s Sears, Roebuck & Company Building is nationally significant as one of only two Sears regional distribution centers built in the southeast during the mid-1920s. Other centers were located in Boston, Philadelphia, Memphis, Kansas City, Minneapolis, Dallas and Los Angeles. Typically connected to rail lines, these buildings all have a consistent 20’ grid of concrete columns and eight to ten stacked floors for storage of merchandise. Each building includes thick masonry exterior walls and large steel windows that allow natural daylighting. Interior construction includes cast-in-place reinforced concrete columns and floors. Initial design work on the project began in 2004, and it became apparent that the existing building could be adapted for a wide variety of new uses. After studying several layout options, a breakthrough occurred with the realization that the grid of columns could also work well for parking. Bringing cars to the upper floors of the 1966 warehouse wing allowed for the removal of the awkward 1966 parking decks that dominated the neighboring street frontages. This also provided an opportunity to sub-divide the site to break up the scale of the mega block. It also added the potential for several new buildings to be built. After establishing the overall vision, garnering the neighborhood and the City’s support and receiving the required rezoning approvals, the economy slowed, which led to a long period of limbo for the project. In 2011, the project was restarted with a new focus on the creation of a unique destination that would give the building a strong image, identity, and community appeal. The updated program goals expanded the retail/ restaurant component and added a central Market Hall component. As the initial interior demolition and shell restoration work began, the markets continued to awaken and more changes came. The office component was expanded to include the entire wing along Ponce De Leon Avenue, a proposed hotel component became additional residential units, and the number of proposed restaurant spaces tripled. New plans were required to be coordinated and advanced while the building was under constructions. As before, the building continued to be readily adapted, highlighting the true worth of a simple well-built building that was almost a century old. Achieving LEED™ Core and Shell certification at the Gold level, Ponce City Market is an example of how the adaptive use of an historic building can also address issues of efficiency and sustainability. Since opening in 2015, Ponce City Market has quickly become a must-visit destination, with shops and restaurants in the lower levels and class-A offices and residential units occupying upper floors. The location at the confluence of several historic neighborhoods has proven to be very popular, with overall occupancy rates nearing 100%.

Center For Human and Civil Rights Scroll to top